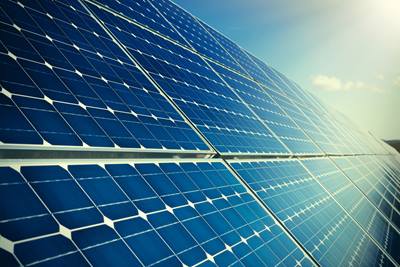 The Authority was advised by Carter Jonas’ Infrastructure and Energy team who will assist in the commissioning of the 750kW and 200kW developments located in Durham and Northumberland.

The Coal Authority, a non-departmental public body sponsored by the Department for Business, Energy and Industrial Strategy works to protect the public and the environment in coal mining areas and manages the majority of Britain’s coal mining legacy. In 2015 the Coal Authority appointed Carter Jonas to undertake feasibility work to explore ways to offset its demand for electricity and minimise its impact on the environment.

As well as providing a comprehensive review of its sites for all renewable technologies, Carter Jonas has helped the Coal Authority to deliver planning and management advice to install solar panels across its portfolio of land and properties under a four year framework. In addition to the new schemes, Carter Jonas has secured planning permission for solar PV development across seven Coal Authority sites with 650kW having already been installed. This has supported the Coal Authority by reducing its annual electricity consumption by approximately 600,000kWh per year.

The roll-out of the solar programme across its estate has led to the Coal Authority being recently shortlisted for a UK National GO Award, in recognition of its commitment to sustainability.

Phil Broughton, Innovation Project Manager of the Coal Authority said: “We are really pleased with the progress that has been made to offset our annual electricity consumption, which is currently in the region of 25,000,000kWh per year. Being able to reduce the amount of electricity we use to protect Britain’s watercourses will definitely help us to achieve our sustainability targets. Our innovation programme is at the forefront of developing new ways to manage our risks by turning them into opportunities to benefit both the public and the environment and this programme has enabled us to generate renewable energy at some of our mine water treatment schemes.”