Smoking with Vapour May be No Caper 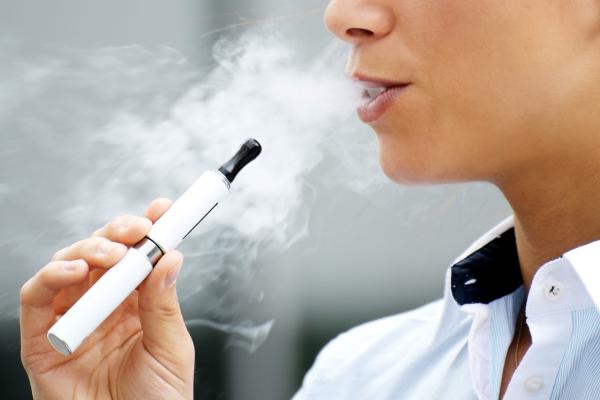 A US study calls into question the claims by e-cigarette manufacturers and suppliers that they are as beneficial as they are promoted.

The study*, which was published last week in PLOS One, comes from the internationally respected Johns Hopkins Bloomberg School of Public Health, based in Baltimore.

In a study with mice, Johns Hopkins Bloomberg School of Public Health researchers discovered that e-cigarettes compromised the immune system in the lungs and ‘generate some of the same potentially dangerous chemicals found in traditional nicotine cigarettes’. As such, the discussion about whether they should be used in public spaces, including the workplace, will have an extra edge.

Not surprisingly, the e-cigarette industry has promoted the perception that e-cigarettes pose little health risk, leading some smokers, including those with chronic obstructive pulmonary disease (COPD), to switch from cigarettes to e-cigarettes.

“Our findings suggest that e-cigarettes are not neutral in terms of the effects on the lungs,” stated Professor Shyam Biswal senior author, Department of Environmental Health Sciences at the Bloomberg School. “We have observed that they increase the susceptibility to respiratory infections in the mouse models. This warrants further study in susceptible individuals, such as COPD patients who have switched from cigarettes to e-cigarettes or to new users of e-cigarettes who may have never used cigarettes.”

For their study, researchers divided the mice into two groups: one was exposed to e-cigarette vapor in an inhalation chamber in amounts that approximated actual human e-cigarette inhalation for two weeks, while the other group was just exposed to air. The researchers then divided each group into three subgroups. One received nasal drops containing Streptococcus pneumoniae, a bacteria responsible for pneumonia and sinusitis, among other illnesses, in humans. A second received nasal drops of the virus Influenza A, and the third subgroup did not receive either virus or bacteria.

The mice exposed to e-cigarette vapor were significantly more likely to develop compromised immune responses to both the virus and the bacteria, which in some cases killed the mice, the researchers found.

This is not the first study to indicate that e-cigarettes are perhaps more of a health risk than thought. In 2012 a study from the University of Athens in Greece found that inhaling ‘a single e-cigarette for 10 minutes caused an increase in airway resistance, blocking the air getting into and out of the lungs’. The study was a limited one as the NHS Choices’ website notes, although it was presented to the European Respiratory Society’s Annual Congress in Vienna in September 2012, it was not published in a journal.

The US Food and Drug Administration decided in spring 2014 that it was going to begin regulating e-cigarettes, especially as e-cigarette sales are projected to overtake conventional cigarette sales over the next decade. Teen use of e-cigarettes already outpaces cigarette use, according to a recent survey released by the National Institute on Drug Abuse. According to the US Centers for Disease Control and Prevention, more than 250,000 teenagers who reported never having smoked a cigarette reported using e-cigarettes in 2013.

Here Comes the Sun - Everything Should be Alright

Many outdoor workers are not sufficiently protected against harmful exposure to the sun writes Paul Jakeway who says educating your workforce on UV protection is...

Clean Air, Why We Should Care

Each year, more than 130 million workdays are lost in the UK due to sickness, costing employers a staggering £32 billion in lost productivity. And scientific...

When Work Makes You Cringe

A study by the TUC has found that someone experiences work-related stress every two minutes. The findings back up the current figures where workplace stress in the UK...