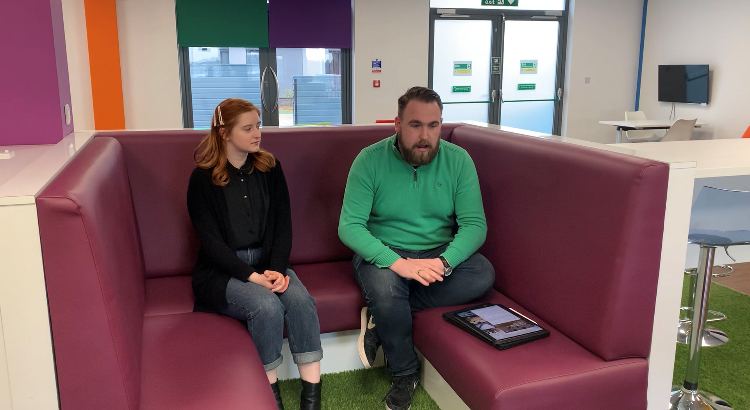 The Student Living by Sodexo team has come up with a range of ideas to support their residents at several student accommodation sites across the UK.

Students are known for their sociable lifestyles, so how are they coping during this enforced period of lockdown? For those living in accommodation managed by Sodexo, they have a residency team on hand to help them get through it – virtually, of course. Building on Sodexo’s existing Residency Living programme, their new virtual service has been developed to help students maintain their mental wellbeing and offer them the opportunity to learn new skills during a time when movement and socialising is restricted.

Normally Sodexo would be looking after over 10,000 students across University and private accommodation sites across the UK. Although many students returned home to their families, there are plenty still in residence – at sites including London, Birmingham and Newcastle – and Sodexo’s team is committed to supporting them as much as they can.

The new virtual service includes live Facebook Q&A sessions with the Sodexo team, online exercise classes and a series of lessons ranging from Spanish, cookery and Salsa dancing. Students can also visit the student living website where they can read about how to manage stress, sleep hygiene and much more.

Students can also visit the website and find out how to cope during self-isolation, how to manage stress as well as the importance of staying connected. Sodexo’s Student Living team has also helped encourage residents to connect through apps such as Zoom and House Party.

“We have had some really positive feedback from students so far and we are continuing to look at ways we can develop more activities to keep our residents and supported entertained, while also ensuring their safety, during the coronavirus lockdown. Our teams are committed to ensure students become part of the local communities and where we can have also extended our services to a number of local residents in need of assistance or support.”

A life away from home

Student Living by Sodexo aims to ease students into their new life away from home. The team prides itself on offering essential skills training in areas such as learning how to cook from a professional chef and budget management. The new virtual programme allows students to continue developing new life skills and gives them something to focus on whilst living in isolation.

Student Living by Sodexo is also looking to introduce an App to proactively support student’s mental health giving residents the tools to monitor and support their mental wellbeing.