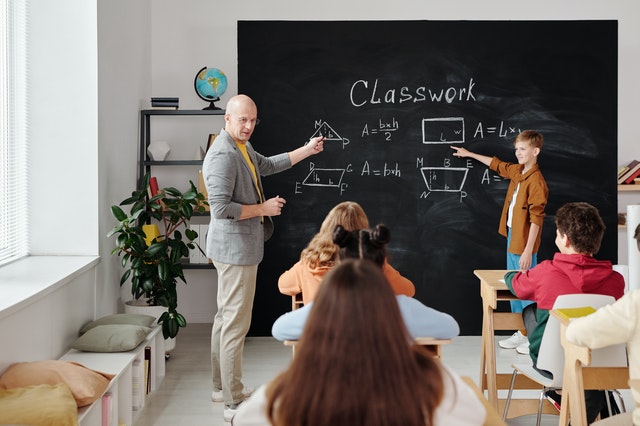 The TUC is calling on employers to offer furlough to all parents affected by the closure of schools, as all secondary schools will remain closed this week.

The union believes that the “last-minute” decision by the government to close school means that many working mothers and fathers are now left with no childcare.

Children of key workers can still attend school, but all secondary schools are currently closed. It’s expected that pupils will begin their gradual return to school from 11 January.

“With many schools closed, many families will be frantically trying to find a way to balance their work and childcare commitments. Without further action, many will have no choice but to cut their hours or take unpaid leave from work. This will lead to further hardship and will hit mums and single parents hardest."

The TUC says that “this series of chaotic statements and last-minute approach” has left working parents in real difficulties.

It’s also concerned that not all bosses are aware that caring responsibilities are an acceptable reason to furlough, so many mums and dads will have no choice but to take unpaid time off work to care for their children – or even be forced to leave their jobs altogether.

Employers can help their staff get through this crisis and give them a financial lifeline by offering them furlough, says the union body.

The job retention scheme allows bosses to furlough parents who can’t work due to a lack of childcare. Furlough is available from a minimum of seven days – which would allow mums and dads to share childcare over the coming weeks – and can also be given on a part-time basis.

And self-employed working parents will also need help, says the TUC. They should have automatic access to the self-employed income support scheme (SEISS) alongside broader improvements to the scheme. Otherwise – already struggling after months of disruption to childcare – they could find themselves falling into serious financial difficulty and debt.

When schools closed in March, working mums generally picked up the extra caring responsibilities. TUC found one in six (sixteen per cent) mums had been given no choice but to reduce their working hours due to school and nursery closures.

The TUC is concerned mums will be disproportionately affected by school closures once again. And single parents, nine out ten of whom are women, will also be affected as they are less likely to have someone to share the burden of care with.

TUC General Secretary Frances O’Grady said: “The health and safety of school staff, children and parents and the wider community must come first. This government has failed to keep school staff safe in their workplaces.

“With many schools closed, many families will be frantically trying to find a way to balance their work and childcare commitments.

“Without further action, many will have no choice but to cut their hours or take unpaid leave from work. This will lead to further hardship and will hit mums and single parents hardest.

“Employers must do the right thing and furlough mums and dads who can’t work because of childcare responsibilities. And the government should give all parents the right to work flexibly plus ten days’ paid parental leave each year.”

Picture: a photograph of a classroom, showing a blackboard with a teacher and a pupil drawing on it using chalk

A senior HR consultant offers guidance on how employers can keep workplaces safe and encourage employees to get vaccinated. Anil Champaneri, Senior HR...

Additionally, more than 3/4 (78 per cent) of British frontline workers don’t feel they’re always listened to by management on topics that matter to them the...

With schools now closed until at least 8 March, what safety measures must schools take to support their reopening? Schools in England will now be closed to all but...