We're All Off To Sunny Spain - Y Viva Interserve 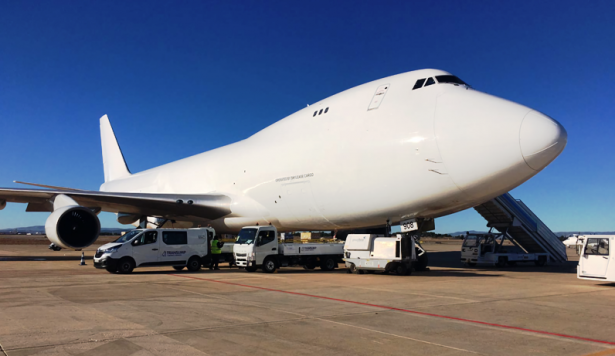 Troubled Interserve has said Y Viva España as it takes a £10 million facilities services contract with Groundforce for aircraft cleaning services across Spain.

The financially challenged Interserve has had a little sunshine shed on its currently miserable existence  - wining a £10 million facilities services contract with the Groundforce International support services and construction group to provide aircraft cleaning services for planes across multiple airports in Spain.

The new three-year contract will see Interserve strengthen its relationship with Globalia, Spain´s largest tourism group and owner of Air Europa and the travel agency Halcón Viajes, among others.

Interserve will service the interiors of aircraft assisted by Groundforce at three of Spain’s busiest airports - Barcelona-El Prat, Ibiza and Valencia. The company will also continue to provide aircraft services as part of the expanded account at Palma de Mallorca and Alicante airports, where it has been working with Globalia since 2015.

Interserve’s first travelled to the Spanish transport sector in the late 1970s. Earlier last month, the company secured a £37 million partnership with airports operator AENA to provide assistance for passengers with reduced mobility at its main destinations in the Canary Islands.

José Luis Garcia Hurtado, general manager at Interserve Spain, said: “Interserve has provided services for more than 20 million flights throughout Spain. We understand what it takes to help our customers in this challenging sector and most importantly, how to deliver services while meeting the needs of a fast-paced flight schedule.”

“Keeping our planes on schedule and making sure they are in flawless condition requires a service provider that can provide efficient services. Interserve has demonstrated that it has the flexibility necessary to get the job done and that it can provide a service that responds to the different needs of our clients.”

Picture: We're all off to sunny Spain - will the trip help take Interserve's mind off its crashing UK share values?