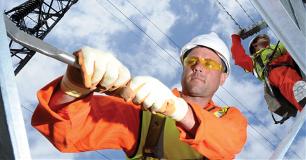 ThisWeekinFM contacted Interserve on Wednesday Feb 21 morning when a spokesperson confirmed the closure of the company's power business.

The spokesperson said: “We can confirm we are undergoing an operational restructure within our industrial division.

"After careful consideration we have decided to close down our power business, as we look to consolidate and centralise our industrial portfolio.

"We are committed to completing all contracted works and anticipate the majority of projects will be complete by the end of June, 2018."

The spokesperson continued: "All employees affected have been informed of the decision, with a consultation period running until early April. We are working internally to ensure as many people are redeployed within the business.”

Interserve's share price has been tumbling despite some strong contract wins. Shares fell again on Wednesday Feb 21 morning - down just over three points to 69.95. The company is said to be hugely in debt with CEO Debbie White looking to reduce costs and no profit making operations to steady a ship that some say is sailing in the same direction as Carillion.

Interserve has been delivering specialised services to the power transmission and distribution industry for over 90 years to network operators such as Northern Powergrid, Scottish Power Energy Networks, Siemens and the National Grid.

In the sector, Interserve claims an ability to provide the widest spectrum of self-delivered services and resources without the need for sub-contractors or third parties.

These service range from consultancy to project delivery, asset support and maintenance to refurbishment to end of life decommissioning. The company is responsible for EHV, tower and wood pole maintenance, design and installation of underground cable, and substation works up to and including 132kV.

Other services (presumably in association with other Interserve group companies)

Picture: Interserve is to lose its power specific business