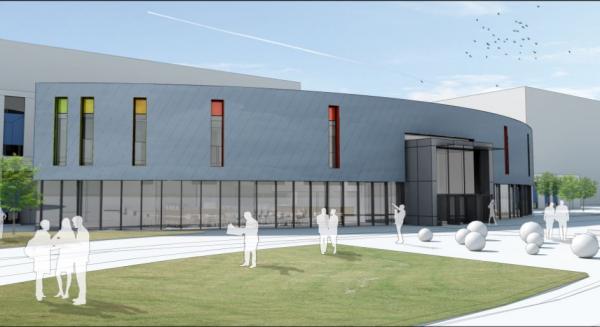 Work is due to start on the multimillion pound redevelopment of the main entrance and retail area of University Hospital Southampton (UHS), following an agreement involving the hospital’s Commercial Estates Development Partnership (CEDP) – a joint venture between UHS and Interserve Prime.

Lasting for up to 25 years and worth in the region of £150 million in total, the partnership involves UHS working with Interserve, the international support services and construction group and health and social care property company Prime to secure funding for new development projects. The partnership is responsible for the design, building and financing of new facilities for UHS, while also providing the Trust with a range of estates and support services.

Interserve Prime and the UHS NHS Foundation Trust formed a commercial estates development partnership last year to ‘unlock’ a number of key sites within the hospital estate to benefit the Trust. The initial programme of projects, starting with the new main entrance and welcome centre, includes improved parking services and a multi-storey car park, a patient hotel and private patient facilities. The public-private deal – claimed to be one of the first of its kind in an acute environment – will see a new welcome centre at the hospital and a varied range of new retail and food and beverage outlets. The potential has attracted interest from some of the most popular names in retail, with tenancies confirmed for M&S Simply Food, M&S Café, Subway, Costa, WH Smith and The Stock Shop. The new retail area is expected to be complete and fully operational by January 2016.

“By working with Interserve Prime to secure funding, private investment can now be quickly channelled into facilities such as the main entrance and retail area and this is where our public-private partnership really pays dividends,” explained Nick Johnson, Development Projects Director, UHS.

Picture: The redeveloped hospital reception and retail area is a result of a partnership deal between University Hospital Southampton and Interserve Prime.