Where Do Fires Strike? Warehouse & Industrial In Focus 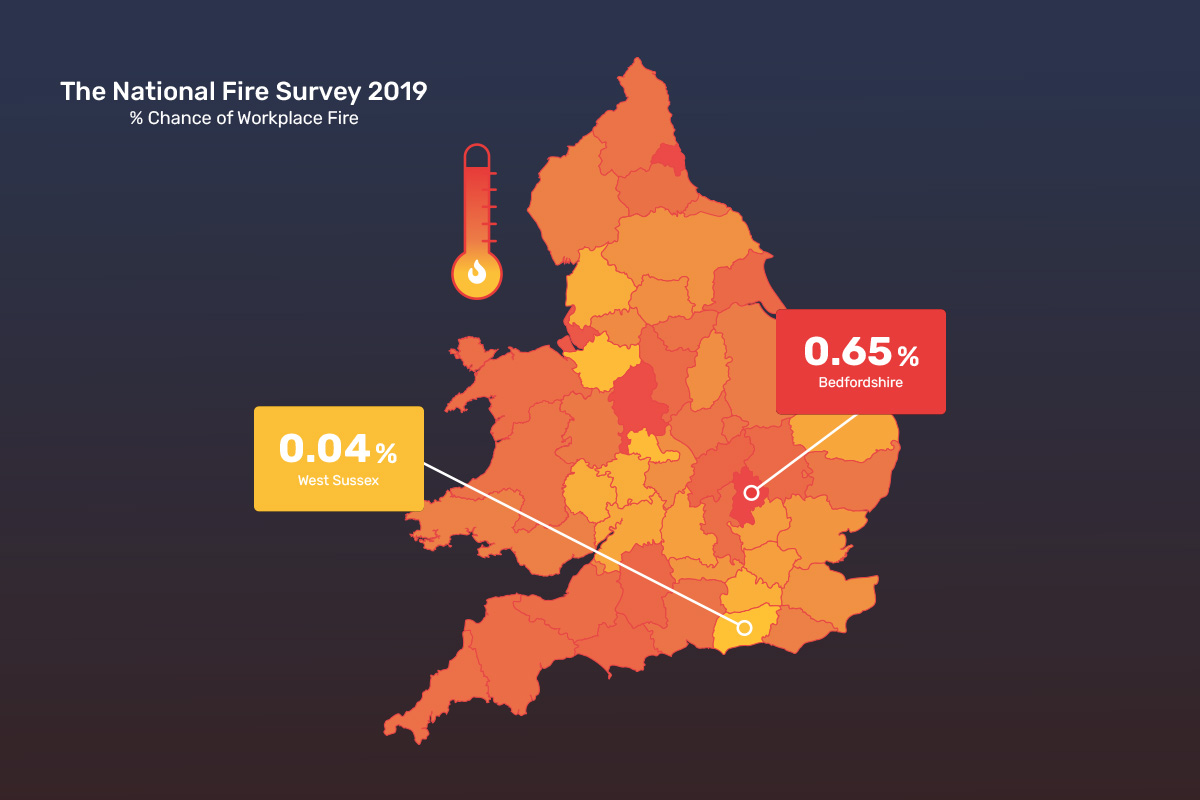 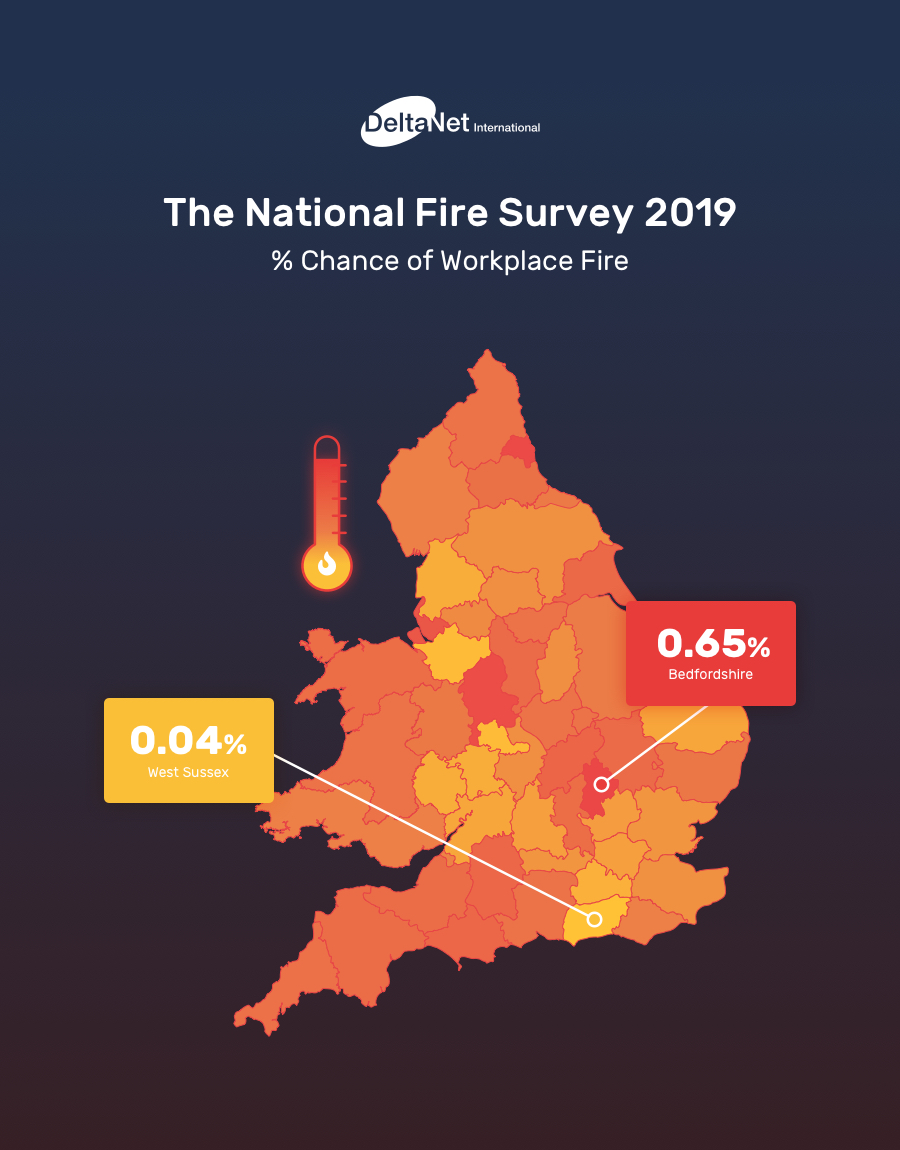 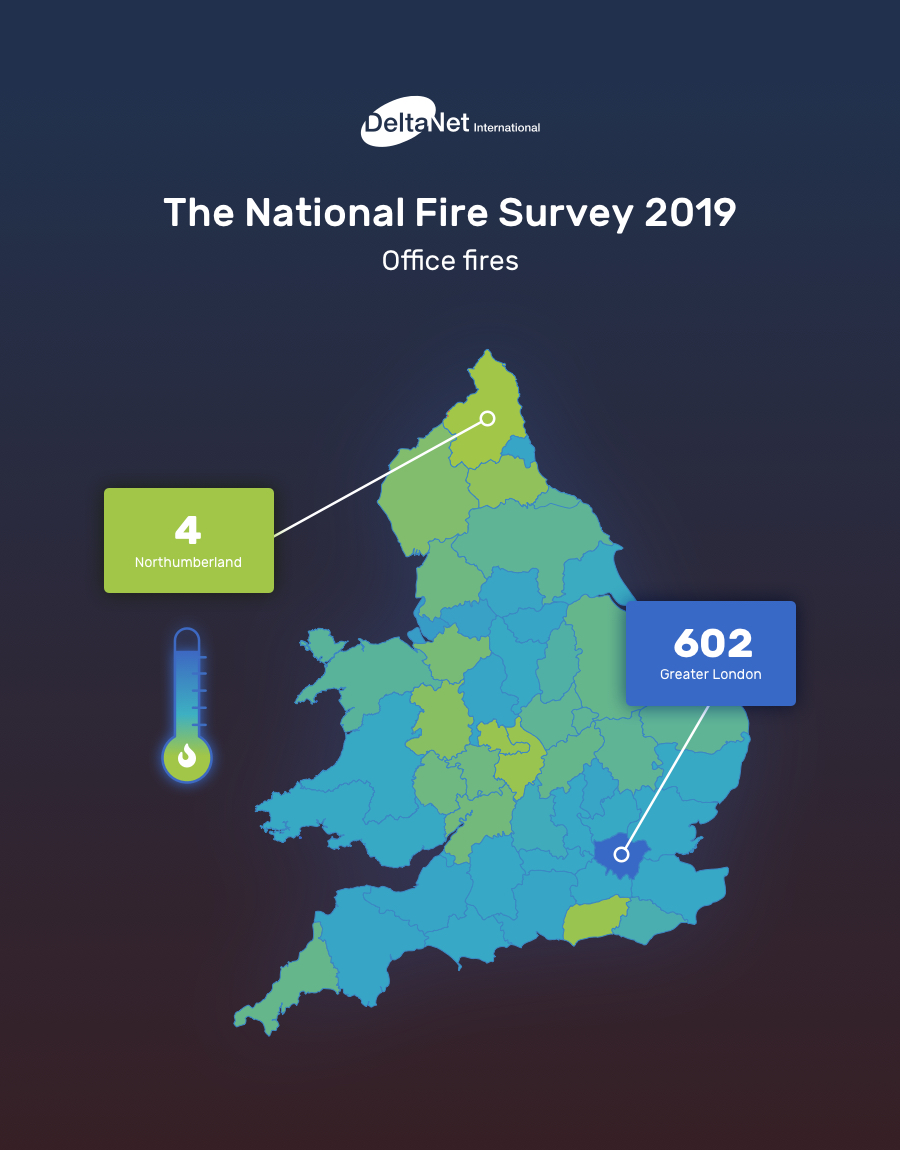 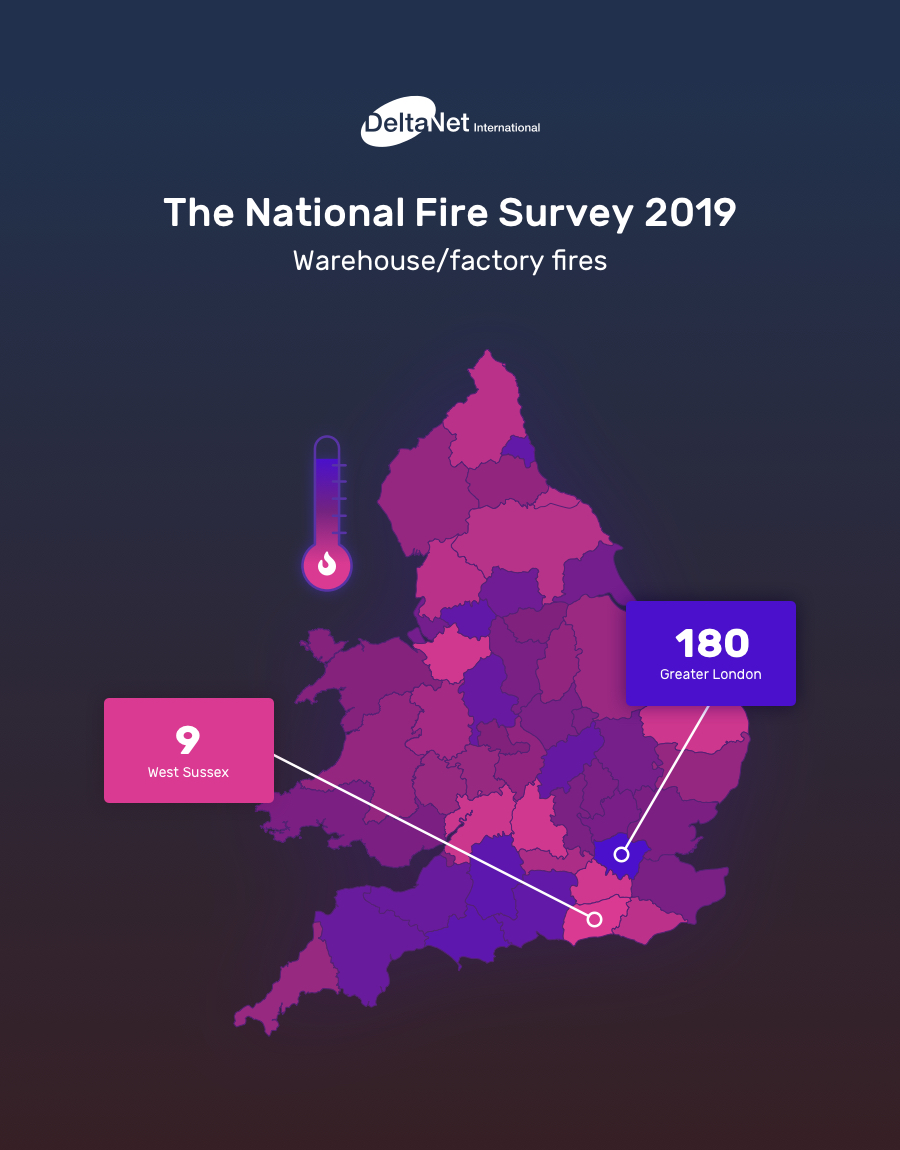 Where employees are most likely to get caught up in a fire as been revealed through a Freedom of Information Request with a particular emphasis on warehouses and factories.

Greater London had the most fires in factories and warehouses at 180 from April 2015 to October 2018. Proportionally, Tyne and Wear took top place with the highest percentage of fires per business at 0.42%.

All 46 regional fire and rescue stations in England and Wales reported that over 2,800 fires were attended in warehouses and factories alone over the past 3 years.

The statistics were sourced through a series of Freedom of Information (FOI) requests asking how many fires were attended from April 2015 to October 2018, in offices, factories, and warehouses.

The top 10 regions for fires in warehouses and factories were:

Proportionally, the top 10 most dangerous regions for warehouse and factory fires were:

With a number of the fires being caused by electrical issues in workplaces, Angela Murphy of safety charity, Electrical Safety First explained the dangers businesses face: “Whatever your business size or sector – and whether you work in an office or from your own home -  you will use electricity. It is so much a part of our modern world that it is easy to take it for granted

“Attention to health and safety is not simply about being socially responsible - it also makes good business sense. Taking the time to establish effective electrical safety procedures can not only ensure that your business meets legal requirements, it can also reduce insurance costs, help with accident prevention and improve the working environment. Electricity is a great servant and a bad master. Make sure you put it in its proper place - as an important element of your health and safety audit.”

Darren Hockley, MD of DeltaNet International said: “There is the obvious risk to health and even lives. Then there is the disruption to day-to-day business activity. Without an effective business continuity plan in place, a fire will often force organisations out of business. Even if it does survive, what about the damage to their reputation?

This is why it’s crucial for employers to conduct effective fire risk assessments of the workplace and to educate employees on best practice and fire safety procedure, keeping everyone in the loop to reduce risk as much as possible.”

For more information about the National Fire Survey, including all raw data from all fire services in England and Wales - Click Here

Percentages were calculated using the number of fires in warehouses and factories compared against the number of businesses in that region according to figures from the Office for National Statistics (ONS).

Main Picture: The national fire survey of all premises types. Below - see heading on picture for details.