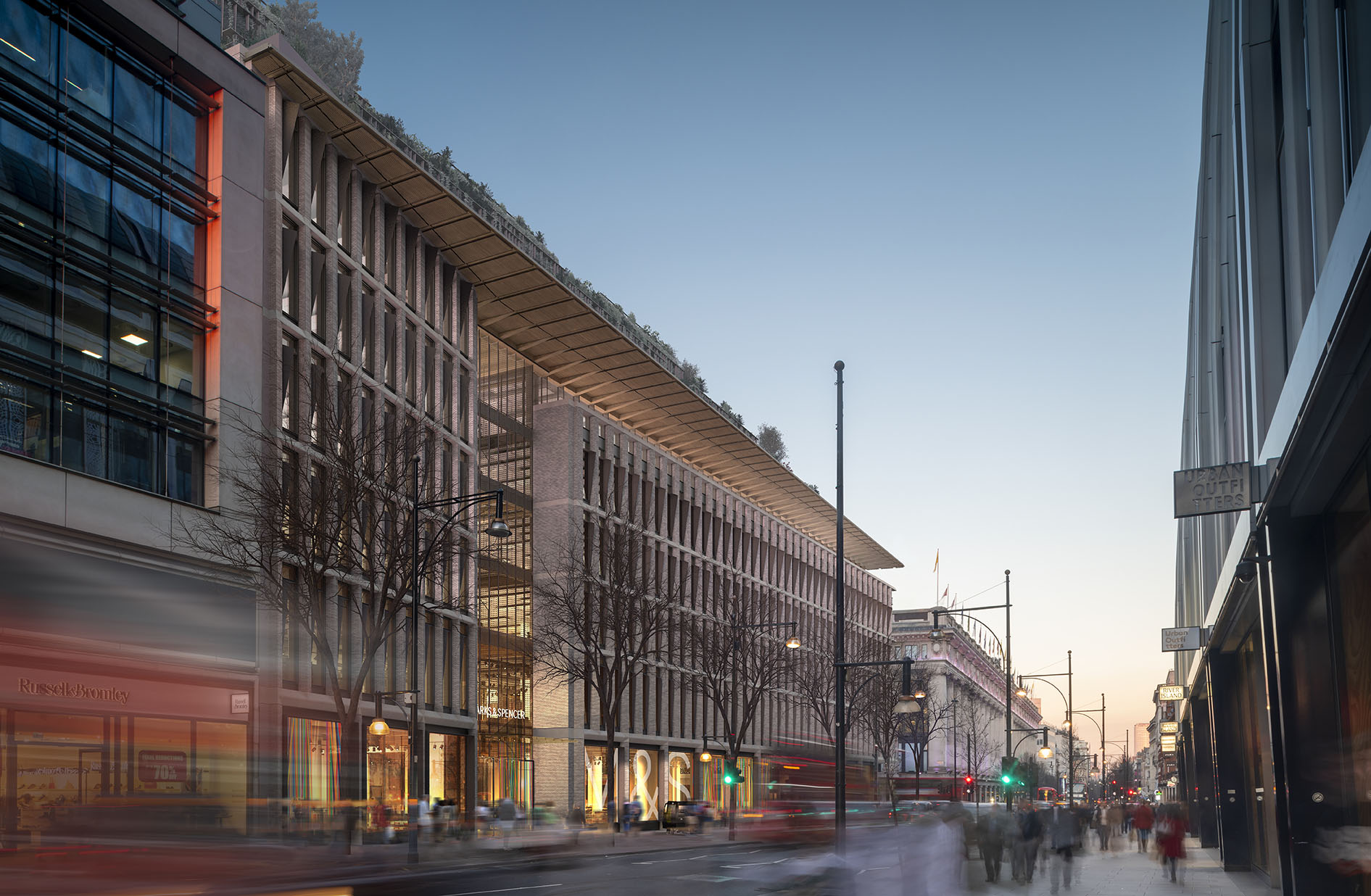 Westminster Council has approved plans to demolish the former M&S superstore, amidst a conservation row.

The building was assessed for potential protection for special architectural and historic interest, but it was decided that it did not meet the criteria for listing.

The former M&S Department Store, known as Orchard House at 458 Oxford Street, near Marble Arch, will be demolished and redeveloped under plans by Pilbrow & Partners. The plans include a public arcade with a new east-west link between Orchard Street and Granville Place, as well as offices on the upper floors of the building.

Sadiq Khan, Mayor of London, will have the opportunity to intervene on the planning application.

Heritage Bodies Urge Council to Save the Building

SAVE Britain’s Heritage called on Westminster councillors to refuse plans, on the basis of the site being an “art deco landmark”.

They see the site as representing a period of growth during the inter-war period which saw Oxford Street cement its place as one of London’s most historical and identifiable streets.

It should therefore be considered a non-designated heritage asset of high historic and architectural significance and positive townscape value, argued SAVE Britain. 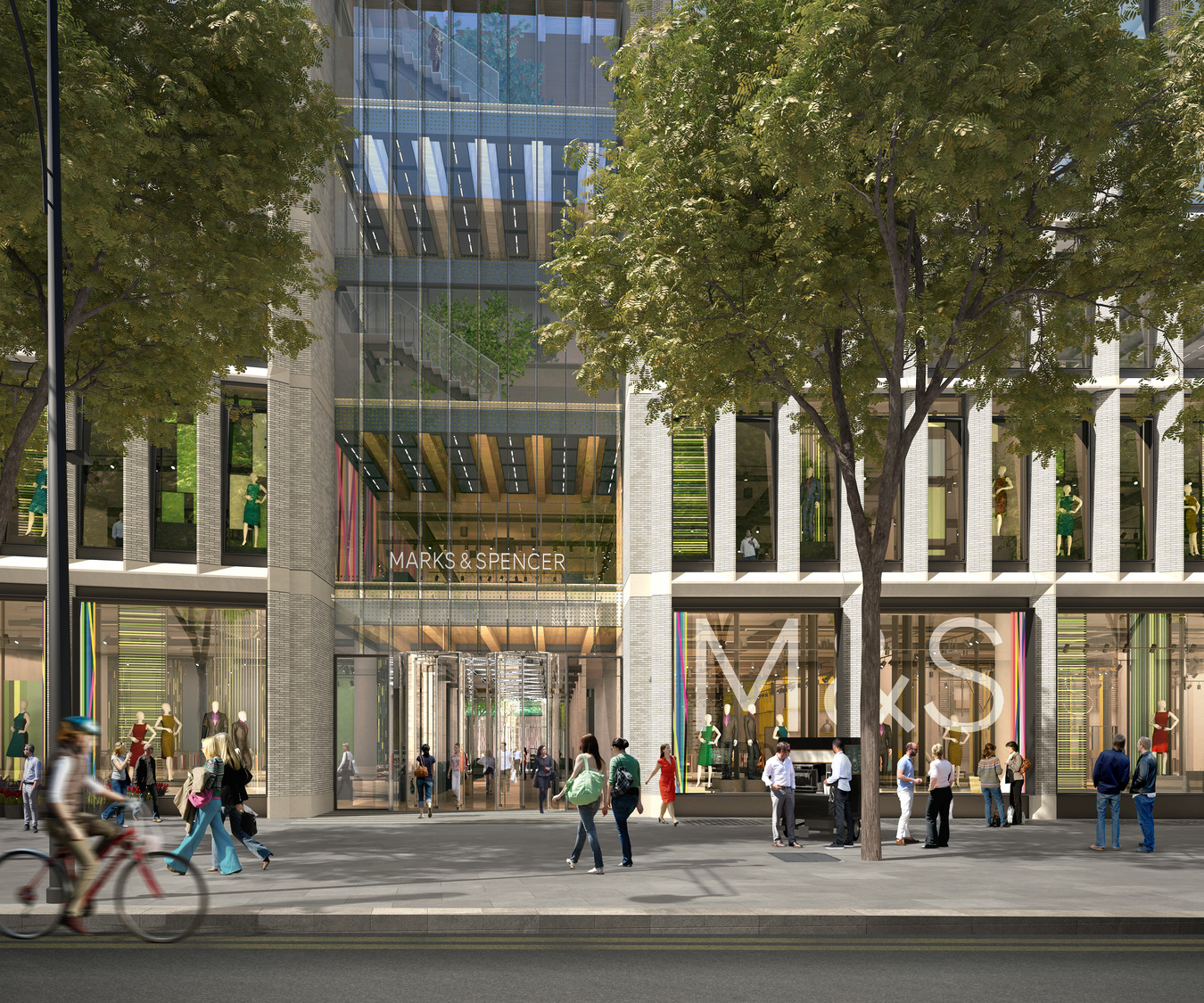 The Carbon Cost of Demolition

Clearing the site for the new building would require the demolition of a combined floor area of 35,000 sqm and the embodied carbon of the existing structure.

In a letter to planners and committee members, SAVE Britain outlined a strong opposition to the scheme on heritage grounds and that proposed demolition of the building would carry unsustainable carbons costs and contravene the council’s own net-zero targets.

The letter states: “The proposal involves the total loss of a landmark non-designated heritage asset which will cause substantial and unjustified harm to the historic character of Oxford Street and is unsustainable in terms of embodied carbon cost.”

SAVE director Henrietta Billings told the Evening Standard: “The M&S building is a handsome landmark from the 1930s that takes its cue from its neighbour Selfridges - Oxford Street’s grandest monument. Westminster City Council has set its own commendably high net-zero targets, yet this massive demolition and new build scheme blasts a colossal hole in meeting them.”

"M&S as our client take environmental responsibility extremely seriously and they have tasked us to deliver a leading-edge project aspiring to the highest standards of sustainability and wellbeing.

"The offices on the upper floors of the building will target BREEAM Outstanding and WELL Platinum - one of a very select group of buildings that aim to meet both these criteria. The design is engineered to target ambitious operational energy consumption targets below 55kwh/m2/per year and embodied carbon below 500kg carbon/m2.

"Both targets aligned to the London Energy Transformation Initiative (LETI) guidance for commercial offices and we are following the UK Green Building Council’s framework to achieve a net-zero carbon building."

Picture: a photograph of the exterior of the new site, showing a view of the road. Image Credit: Pilbrow & Partners