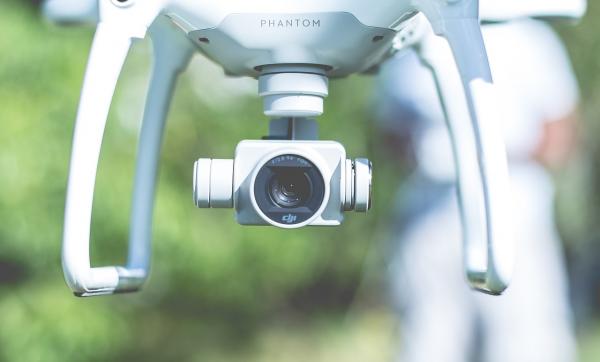 The competition was launched in October and designated '400ft Britain'. 400ft is the maximum safe unlicensed height the Civil Aviation Authority believes drones should be flown at even in non-built-up areas.

The competition is aimed at images of the countryside as drone flyers need to observe the UK Drone laws which prohibit flight over congested areas or within 50 metres of a person or building.

In keeping with the national tourism organisation's #OMGB marketing campaign to celebrate amazing 'Oh My Great Britain' moments and experiences, budding drone enthusiasts still are invited to submit an image or short video of the British countryside, whether it's the Yorkshire Dales, a sunset over the South Downs or the picturesque Lake District. The images must be captured using a safely operated drone at no higher than 400ft and according to the CAA's Dronecode.

The Dronecode is an easy to understand version of the UK drone law that people must adhere to. For more information on the code go to www.caa.co.uk/droneaware

To enter the competition, simply upload your photo to Twitter or Instagram or your video to YouTube using the hashtag #400ftbritain. Entries close on 31st January 2017.

Entries will be hosted at www.400ftBritain.com with winners picked in February 2017. The competition terms and conditions can be read here