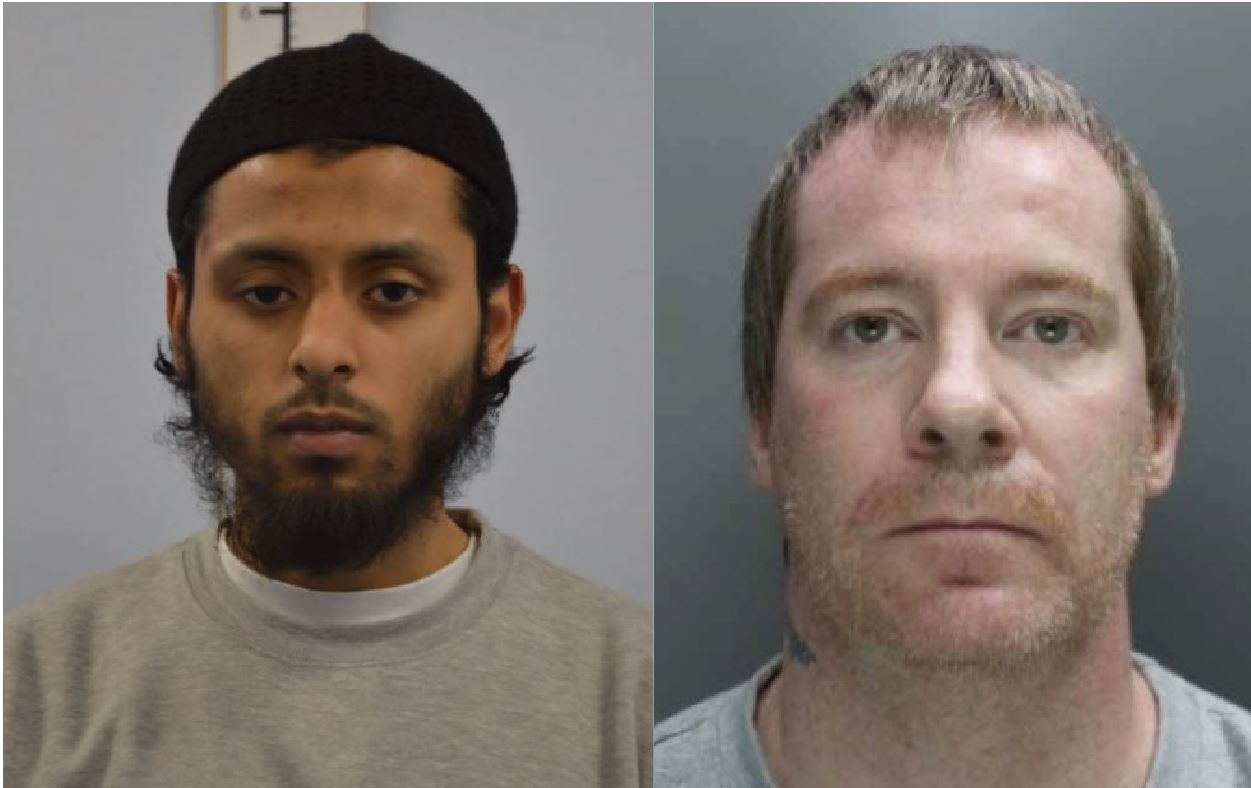 A group of men involved in a plot to carry out a terrorist attack in the UK using children, have been jailed at the Old Bailey, following an investigation by the Met’s Counter Terrorism Command.

The ringleader, Umar Ahmed Haque, 25, was jailed for life and must serve a minimum of 25 years for two counts of preparation of terrorist acts; four counts of collection of information useful to terrorism and one count of dissemination of terrorist publications.

Abuthaher Mamun, 29 also from east London, who helped Haque plan the attack and tried to raise money to fund the plan, received a special custodial sentence for one count of preparation of terrorist acts. He was jailed for 13 years but is not automatically eligible for parole upon serving half his sentence.

Muhammad Abid, 27 - Haque’s confidante as he developed his plan - was jailed for four years and three months for one count of having information about acts of terrorism.

Haque was in the early stages of planning a multi-faceted attack on businesses and communities in London and had been attempting to radicalise 55 children, whom he envisaged would assist him, when police arrested him.

Through their enquiries, detectives identified that Mamun and Abid were assisting Haque, and arrested all three men on 17 May 2017.

The Counter Terrorism Command, assisted by MI5, prevented Haque from pursuing his terrorist plan to target up to 30 groups, businesses and establishments in London.

Deputy Assistant Commissioner Dean Haydon, said: “I welcome the sentences, which have ensured that three men complicit in a plot to radicalise vulnerable young children and use them to attack businesses and communities in London are now in prison.

“Haque was a dangerous man who was inspired by attacks in Europe and Westminster. He wanted to orchestrate numerous attacks at once, using guns, knives, bombs and large cars to kill innocent people.

"We recovered a number of exercise books from his home and it was evident from his notes that his plan was a long-term one. He intended to execute his plan years later, by which time he anticipated he would have trained and acquired an army of soldiers, including children."

Haque first came to the attention of the Met’s Counter Terrorism Command in April 2016, when police officers stopped him at Heathrow Airport as he attempted to fly to Istanbul in Turkey.

His phone detailed searches for terrorist attacks and executions. While there was no evidence on which Haque could be charged, his passport was revoked by the Home Office under Royal Prerogative.

Evidence subsequently gathered by counter terrorism officers demonstrated Haque had begun planning an attack in the UK. In conversations with Mamun and Abid, he discussed various aspects of his plot, from how to increase the strength of a bomb and what type of vehicle to use, to where to carry out an attack and what the police response would be.

In a five-hour phone conversation in March 2017, Haque - who was an administrator at an after-school madrasa - told Abid that he had radicalised 16 children. Police had no intelligence to support this claim but after arresting the group, detectives continued their enquiries and established the full scale of Haque's attempt to radicalise children.

Social Service workers, together with police, assessed that Haque had attempted to radicalise 55 children aged 11 to 14 years while working at Ripple Road Mosque.

"The children were paralysed by fear of Haque, who they understood to have connections to terrorists and who essentially told them that a violent fate would befall them if they told anyone what he was doing. They were too afraid to confide in anyone."

All 55 children have received safeguarding support and 35 have been assessed to require longer-term support, which is being provided to them.

Haque's friend Abid, who he knew from a local mosque, listened at length to Haque's plans to kill people including his supposed justification for murder; his hypothesis on the police and public response to a multi-pronged attack and how he intended to have another 30 or 40 men on standby if he was arrested.

It was in one of these conversations that Haque told Abid of his view that the public should be annihilated, yet Abid made no attempt to tell police of Haque's atrocious plans.

Like Abid, Mamun knew Haque from a local mosque and listened to Haque's plans. He helped Haque strategise, and was planning to take driving lessons so that he could in turn teach some of the children Haque had been attempting to radicalise.

He also made unsuccessful attempts to invest money online in order to raise money to fund Haque's plans.

Warren Snedden. 44, was convicted on March 27 of having explosives, weapons and ammunition following a joint investigation by police in Hertfordshire and Counter Terrorism officers from the Met and the Eastern Region Special Operations Unit (ERSOU).

Snedden had previously pleaded guilty to a number of other offences including: possession of documents containing information likely to be useful for terrorist purposes; possession of firearms and ammunition; and, production of cannabis.

Police were alerted to a suspicious transaction on an online auction site in July 2017, where a number of chemicals associated with the production of the explosive TATP were purchased. Further enquiries linked the purchases to Snedden.

A search warrant was carried out on 29 September 2017 by Hertfordshire Constabulary at his address in Welwyn Garden City, where officers found the chemicals in Snedden’s bedroom, along with a number of tilt switches, that are often used in the production of improvised explosive devices.

Police also found component parts of a firearm, an air rifle and over 200 rounds of ammunition – all items Snedden was specifically prohibited from possessing, having previously been convicted of an armed robbery offence in 2001. A small number of cannabis plants were also found growing in his garden.

Commander Clarke Jarrett, Head of the Met’s Counter Terrorism Command, said: “Snedden never gave a full explanation as to what he was planning to do with the array of chemicals, weaponry and ammunition he had stockpiled. What is clear is that what he was doing was putting both himself, his neighbours and the public in great danger.

“The case is also a further reminder of the need to be ever-vigilant and I would urge anyone who sees any suspicious activity or behaviour to ACT and report it to police.”