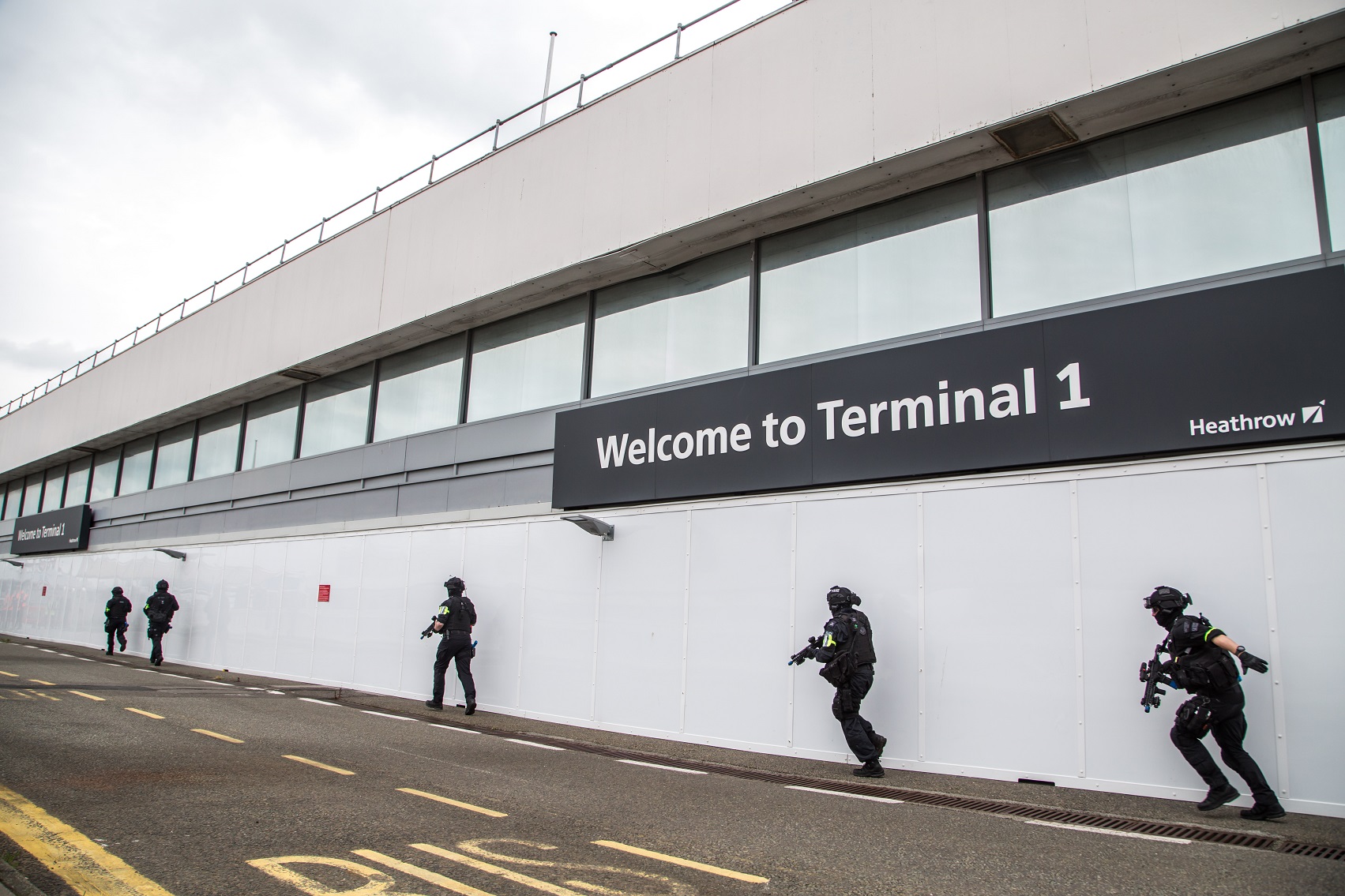 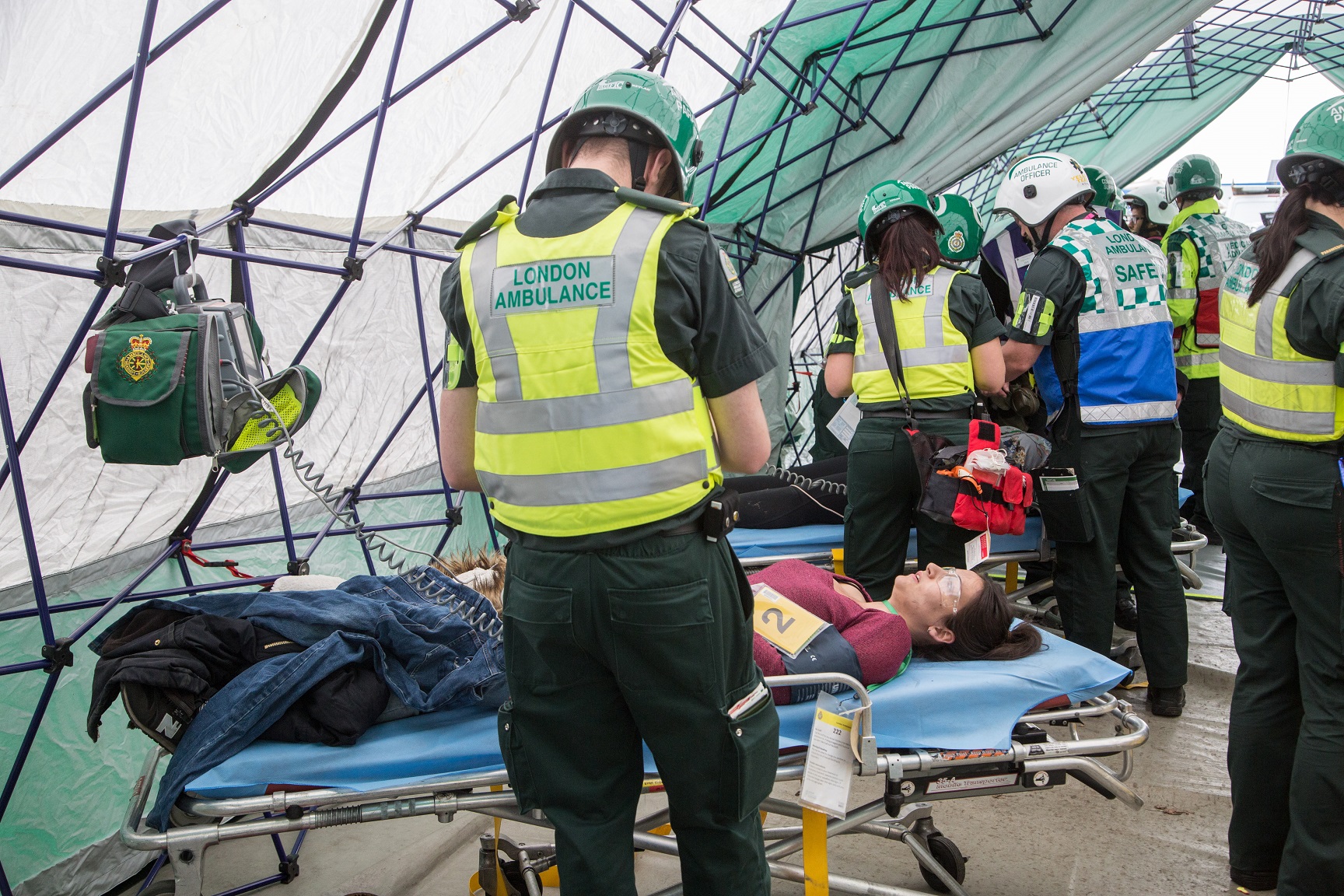 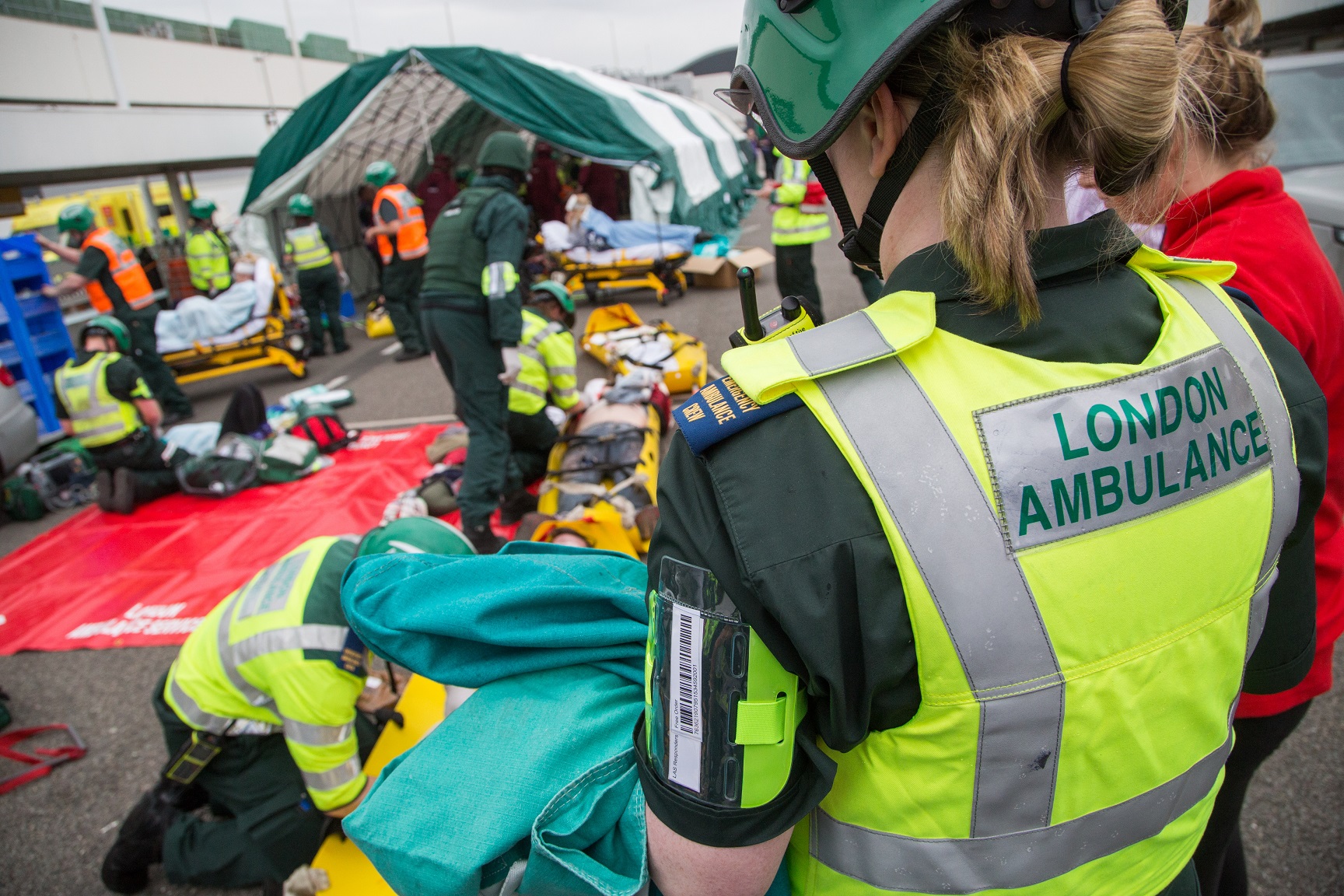 The Metropolitan Police, emergency services and Heathrow Airport carried out a major live-play exercise at Heathrow to test their joint response to a terrorist incident. The exercise ran over both days of the weekend - Sat 12 - Sun 13 May.

The multi-agency exercise – codenamed ‘Raptor’ –involved more than 1,200 people including responders from blue-light services, counter-terrorism investigation teams and Heathrow staff, as well as numerous volunteers playing the role of casualties. It was carried out in response to any specific threat or intelligence.

The exercise played out in the decommissioned Terminal 1 building at Heathrow, which was specially reopened by Heathrow to allow emergency services to run the exercise. Decommissioned terminals like Terminal 1 are extremely rare and provide an almost unique environment to test out responses to incidents in a real setting, whilst allowing for an extreme amount of control.

This follows four similar, but smaller scale exercises, which took place at Terminal 1 during June and July 2017. Details have not been released until now in order to preserve the integrity of the exercises for those participating.

Day one involved an armed terrorist attack scenario taking place in the terminal building. It tested the initial armed police response to deal with and neutralise the immediate threat to the public. The scenario also tested the police response to hostage and siege situations. This was then followed by the respective search, rescue, casualty management and recovery responses from the London Ambulance Service and London Fire Brigade

Heathrow staff also tested their own processes and procedures in partnership with the emergency services response.

Day two of the exercise focused on victim and casualty identification and recovery and also tested investigative and forensic recovery processes. This was carried out within the context of a major international airport and the additional complexities that brings.

Superintendent Dawn Morris, the exercise lead for the Metropolitan Police said: “The challenges of dealing with any major incident at an airport the size of Heathrow are, quite simply, exceptional and the learning that we and our emergency services colleagues have gained through this series of exercises has been invaluable.

“This will not only benefit us in London but we will share any learning we can with other forces and airports across the country."

Morris continued: “Given that the threat level remains at ‘severe’, I hope that this kind of joint exercise reassures the public that if the worst were to happen, then we are ready and fully prepared to respond and keep people safe.”

Chris Garton, Chief Operating Officer at Heathrow said: “This exercise is a key part of preparing an effective response, if the worst should happen at Heathrow or any other UK airport. What’s more, exercises like Raptor allow us to identify areas to strengthen and collaborate on in our partnership with the emergency services and police so the likelihood of an incident like this taking place can be reduced."

The exercise at Heathrow follows a series of other major live-play, multi-agency exercises in recent years including Exercise ‘Anchor’ in March 2017, which was the response to a staged terrorist attack on the river Thames and Exercise ‘Treblerope’ in December 2016, which was a three-day counter-terrorism exercise at various locations across London including the Royal Mint and Canary Wharf.

The terrorism threat level in the UK remains at ‘severe’ meaning an attack is ‘highly likely’. In recent months, the Met has rolled out a number of specialist counter terrorism teams across London as part of Project Servator, which includes deployment of Servator teams at Heathrow. The specially trained officers combine covert deployments and highly visible patrols to detect, deter and disrupt individuals with terrorist or criminal intent.

Picture: A counter terrorism exercise at Heathrow over the weekend saw an armed terrorist attack scenario taking place in the disused Terminal 1 building on day one while day two of the exercise focused on victim and casualty identification and recovery.