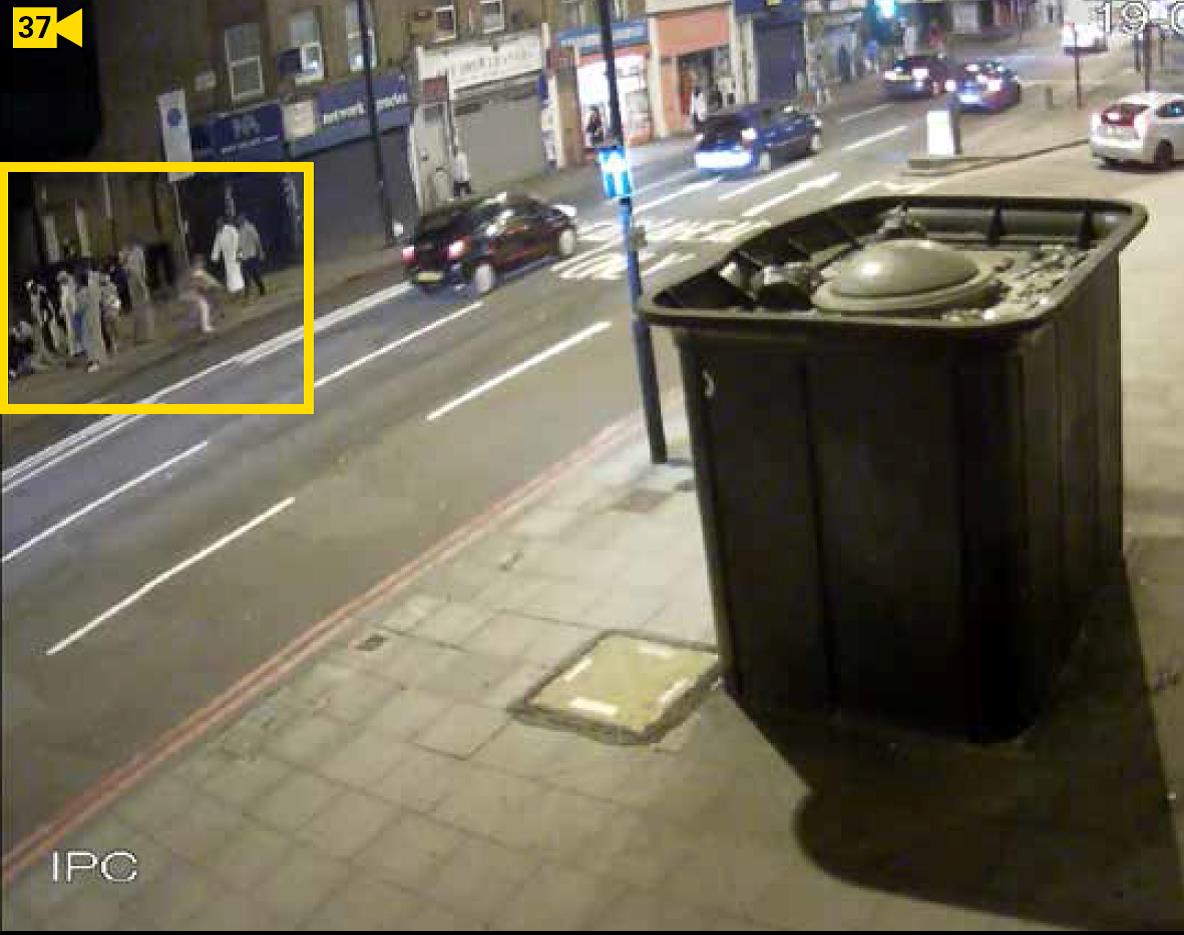 A man who deliberately drove a van into people outside a north London mosque has been convicted of murder and attempted murder. These were prosecuted as acts of terrorism.

A vital element in the prosecution was CCTV obtained from nearby premises that captured the incident and the perpetrator's attempted escape and the point at which he hired the van used.

Darren Osborne, 48, hired the van in South Wales and drove it to London on Sunday 18 June planning to attack people attending the Al Quds Day march. When that proved impossible he drove around the capital looking for a mosque. He arrived in the Finsbury area just before midnight.

Picture: The van being driven by Darren Osborne in Lewisham, South London on the evening of Sunday 18 June

Seven Sisters Road was relatively busy at the time because it was Ramadan and many Muslims were going to or coming from, prayers at either the Finsbury Park Mosque or the Muslim Welfare House.

Just after midnight Osborne saw a crowd helping 51-year-old Makram Ali who had collapsed at the junction of Seven Sisters Road and Whadcoat Street. Some of those in the group were wearing traditional Islamic dress. Osborne deliberately drove his vehicle into the group, killing Mr Ali and trying to kill as many others as he could.

A witnesses recalled Osborne saying, “I’ve done my job, you can kill me now” when he was stopped by members of the public as he tried to escape. He later said, “At least I had a proper go.” During the trial at Woolwich Crown Court, Osborne invented the involvement of a man called 'Dave'. He said 'Dave' had taken his place in the driver’s seat minutes before the attack and was the one responsible. When asked why CCTV footage showed only one man leaving the van and what had happened to 'Dave', he was unable to provide a rational explanation.

The CPS prosecuted the case as a terrorist offence because Osborne’s actions were in order to advance a political purpose. A handwritten note found in the van and Osborne’s comments to the police caught on a police officer’s body-worn camera indicated that he wanted to use violence in response to other criminal violence, in particular the child grooming that occurred in Rochdale and the terror attacks in London and Manchester in 2017. The note and comments displayed Osborne’s resentment towards senior politicians, public figures and Muslims in general.

Osborne will be sentenced at a later date. The prosecution will ask the court to take account of the fact that this was a terrorist act when that sentence is decided.

Sue Hemming from the CPS said: “Darren Osborne planned and carried out this attack because of his hatred of Muslims. He later invented an unconvincing story to counter the overwhelming weight of evidence but the jury has convicted him.

“We have been clear throughout that this was a terrorist attack, and he must now face the consequences of his actions.”

Commander Dean Haydon, Head of the Met’s Counter Terrorism Command, said: “Osborne’s evil and cowardly actions meant a family has tragically lost a husband, father and grandfather. There were also 12 others, who, having gone to Mr Ali’s aid, sustained various injuries from the collision. Some of those injured have still not fully recovered and could suffer from health issues for the rest of their lives."

Following a nine-day trial at Woolwich Crown Court, Osborne, 48 of Cardiff, was found guilty on Thursday, 1 February of the murder of 51-year-old Makram Ali and the attempted murder of several others.

The Judge will now consider whether the offences were committed with a terrorist connection - as defined by section 30 of the Terrorism Act 2008 - ahead of Osborne’s sentencing, which will take place on Friday, 2 February.

Following the collision, Osborne crashed his vehicle into bollards in Whadcoat Street and he was detained by members of the public as he attempted to flee from the scene, before police arrived a short while later and arrested him.

Commander Haydon, said: “From our investigation, it was clear that Osborne had planned to come to London with the intention of carrying out an attack against the Muslim community.

“Only he will know, but if Osborne’s aim was to create divisions and hate between communities, then from what I have seen, he has failed in that respect. The way that the local community in Finsbury Park – of all faiths and backgrounds – came together was astounding and this reaction was the same across London and the UK.

“I must also praise those who initially detained Osborne immediately after the attack - in particular the local Imam, who ensured that Osborne didn’t come to any significant harm whilst waiting for officers to arrive at the scene." During the course of their investigation, officers found that Osborne hired the van from a vehicle hire company in Pontyclun, Wales on the morning of 17 June 2017. Later that day, he attended a pub in Cardiff, where he was seen on the CCTV footage writing the letter that was found in the van after the attack.

Main Picture: More CCTV of the incident. Darren Osborne below Yahya Rashid, who is just 19, was sentenced at Woolwich Crown Court to five years for terrorism offences on Wednesday for engaging in conduct with the intention of...