AC is TC at TC 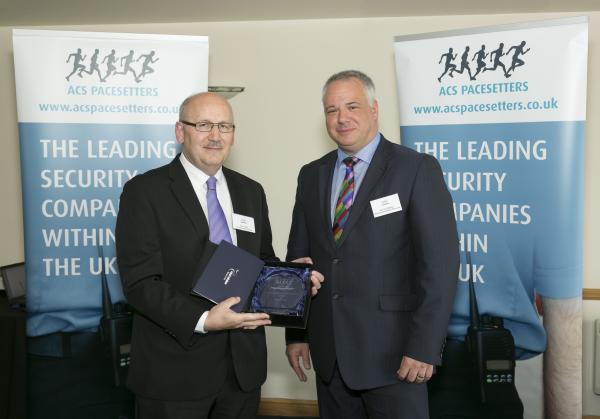 Alan Cutts, a Security Officer at TC Security Services has been recognised as an Officer of Distinction at a recent lunch hosted by ACS Pacesetters at Royal Windsor Race Course.

He was nominated by the Regional Operations Manager of its client who is responsible for a global leading automotive company which operates out of multiple sites in the UK & Europe, including the 87-acre import centre in Bristol. It is here where Alan Cutts, along with the rest of the TC Security Services team, provide a range of services including manned guarding, CCTV alongside a range of added value services to help reduce risk and maintain health and safety at the site.

“I get paid to do a job that I enjoy coming to work for, so to be recognised for doing the job I do to the best of my ability is really rewarding,” said a modest Alan Cutts who has been 20 years with TC Security, a BIFM Corporate Member. “There are obviously the standard checks and jobs that need to be done 99% of the time but due to the size of the site and the various comings and goings, no two days are the same and this is one of the things I love about my job.”

Although we are not directly part of the client’s company as the contract for security services is with TC Security, Mr Cutts believed there was a close working relationship between the two companies, almost to being “very much part of the family. This means I can bring myself to the role and the client will listen and take my advice.”

The event also brought home to him during discussions how interesting it was to hear how security officers regularly put themselves at risk to protect people or assets to give their clients peace of mind.