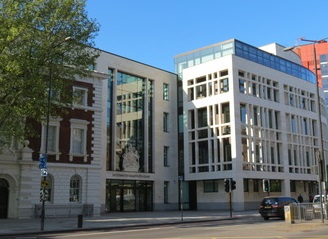 A scaffolding company was sentenced in the week ending Feb 16 for safety breaches after a scaffold clip fell approximately 20m (60 ft.) and hit a member of the public walking below.

Westminster Magistrates Court heard that, on 20 March 2017, the injured person was walking along Upper Street in Islington, London when he was hit on the head by the clip. He sustained numerous cuts to his head and face, a broken nose and a severely bruised skull. The Health and Safety Executive prosecuted the firm over the incident.

Speaking after the hearing, HSE inspector Sarah Robinson said: “This incident could so easily have been avoided by simply carrying out correct control measures and safe working practices. On this occasion the company did not follow their own risk assessments or method statements.”

13 February saw a principal contractor fined after a worker was struck by a tipper truck.

North Staffordshire Justice Centre heard how on, 15 October 2015, a ground worker was working on the development site of over 370 houses at Burntwood Business Park.

At the time of incident there were a number of tipper trucks delivering material to the site and various ground workers were directing the drivers to different areas. The injured worker was walking along a haul road in an attempt to attract the attention of a vehicle in another area of the site when he was struck and run over by a tipper truck.

The worker suffered serious injuries including several broken bones in both legs and feet and severe damage to the blood vessels in his legs. His injuries resulted in him having his right leg amputated to the knee over 12 months after the incident.

MV Kelly Ltd of Tyseley, Birmingham pleaded guilty to breaching the Construction (Design and Management) Regulations 2015. The company was fined £500,000 and ordered to pay costs of £30,000 with a victim surcharge of £120.

Speaking after the hearing, HSE inspector Katherine Blunt said: “Incidents like this should never be allowed to take place. Construction sites should be organised in a way which prevents pedestrians and vehicles coming into contact with each other.

“This incident resulted in a worker sustaining life-changing injuries and should serve as a reminder to principal contractors of the need to properly organise construction sites to keep workers and members of the public safe.”

Companies Fined After Scaffolder Struck By Dumper Truck And Killed

Liverpool Crown Court heard how, on 8 August 2013, 67-year-old Henry Jones was walking across the Redrow Homes construction site in Knotty Ash when he was struck by a reversing dumper truck. Mr Jones was crushed under the rear wheels of the vehicle and confirmed deceased at the scene. The incident was witnessed by Mr Jones’ son who was also working at the construction site.

An investigation by the HSE found that Redrow Homes had made no provision to maintain separation of vehicles and pedestrians in the plot where Mr Jones died. It was heard that the traffic management across the entire site was poorly managed and was an underlying cause of the accident.

The investigation also found that sub-contractor WPI Civil Engineering Limited failed to provide a banksman (a person trained to direct vehicle movement), or have any employees on site trained as banksmen, and that the vehicle involved was not fit to be used on site.

Speaking after the hearing, HSE inspector Jacqueline Western said: “This tragic incident was wholly avoidable. Having safety measures to protect pedestrian workers is a basic and well recognised principle of good construction management. Mr Jones’ death could easily have been prevented if both the principal contractor and the sub-contractor had implemented safe systems of work and ensured that health and safety documentation was communicated and followed.”

9 February also saw the Ministry of Defence (MoD) issued with a Crown Censure after a Royal Navy engineering technician was killed during lift maintenance work.

Leading Engineering Technician Neal Edmonds, 42, originally from Kidderminster, Worcestershire, was crushed between a moving lift and the lift shaft on 11 June 2014.  Mr Edmonds was carrying out maintenance work on a lift on board HMS Bulwark, which was alongside in Devonport.

A Health and Safety Executive investigation found the MoD failed to ensure there was a safe system of work to control the risks associated with lift maintenance.

As a Government body, the MoD cannot face prosecution in the same way as private or commercial organisations and a Crown Censure is the maximum sanction a government body can receive.

Following the incident, the Royal Navy has conducted a thorough review and made improvements to safety arrangements including new Operating Procedures.

After the hearing, HSE’s deputy director of Field Operations, Jane Lassey, said: “The risks arising from maintenance operations are well known and suitable measures required to reduce these risks are understood.

“Like any employer, the MoD has a responsibility to reduce dangers to its personnel, as far as they properly can, and in this case they failed Neal Edmonds.”

By accepting the Crown Censure, the MoD admitted breaching its duty under Section 2(1) of the Health and Safety at Work etc. Act 1974 in that they failed to ensure, so far as was reasonably practicable, the health, safety and welfare at work of all its employees, including Neal Edmonds, in relation to the risks associated with maintaining lifts.

Picture: Westminster Magistrates Court  heard that a scaffold clip fell approximately 20m (60 ft.) and hit a member of the public walking below