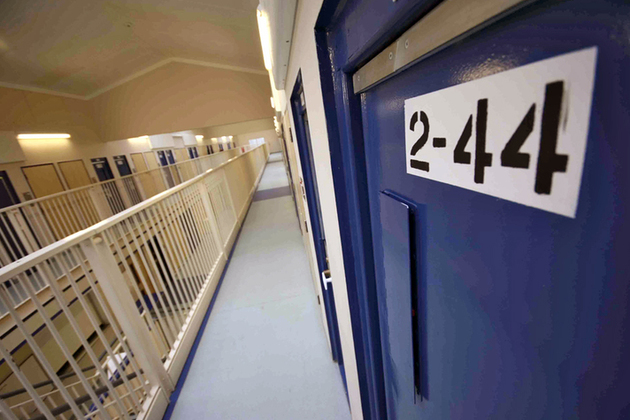 A Liverpool Employment Tribunal has slammed Amey for sacking two whistle blowers who raised fears their tools were easy access weapons for inmates.

The two men at the centre of the case had gone to the Governor, Pia Sinha, on two occasions to tell her they thought Amey's move to solo working left them and the prison community in danger of inmates being able to snatch their tools and use them as weapons.

John Bromilow and Harry Wildman, who had both worked at the prison for over twenty years each, were accused of 'bringing Amey in to disrepute' and putting the firm's FM contract at risk and that they should never have gone directly to the Governor - despite Sinha's open door policy and legal responsibility for all health & safety issues at the 1,300 capacity Hornby Road site.

Amey won the contract at the site in June 2015 and quickly set about 'efficiencies' that saw maintenance staff move from working in pairs to lone working on the majority of tasks. 66-year old Bromilow and 64-year old Wildman were both affected.

The Tribunal declared they had both acted in good faith in seeking to inform the Governor of their concerns. The pair also said they would contact the HSE if those concerns were not acted upon.

Amey became aware of their actions - and dismissed them.

ThisWeekinFM contacted Liverpool Prison but were not granted access to ask the Governor how Amey became aware of private conversation between her and two long standing servants and why she did not intervene in the case to prevent those servants from being dismissed.

Nothing is more important to us than the safety of our employees, and as the facilities management provider at HMP Liverpool we understand and regularly review the risks faced by our maintenance team to ensure their safety, as well as that of the prisoners and guards.

We have a range of measures in place to ensure that our employees are able to carry out their work safely. All of our employees inform prison officers while working on the wing and they are entitled to decline work that they feel is unsafe under our Wing Access Policy. All tasks are fully risk assessed and the appropriate support and mitigation put in place to ensure safe working.

Proposals to change working practices were already under way before we took over the contract and we consulted about these changes before they were implemented. These working practices have now been in place for 18 months with no other incidences.

We have a robust whistle blowing policy in place across Amey which provides a number of channels for our employees to escalate concerns about their health and safety. We encourage all employees to follow these protocols so we can address their concerns quickly, and in the most thorough and efficient way possible.

However, ThisWeekinFM has discovered that the two men had actually attempted to go through Amey's protocols and failed before they approached the Governor.

The two men are Unite members. However, the union did not take the case to tribunal but have provided a statement:

Unite national officer for the prison service Jim Kennedy said: “This was a shameful way to treat longstanding workers who voiced immediate safety fears. Amey’s hamfisted response demonstrates they are unfit to operate such a sensitive and complex service. This case demonstrates the government’s folly of privatising this vitally important public service.

"Having had a grievance rejected, our two members spoke to the prison governor and said they were going to raise concerns with the Health and Safety Executive.

"The governor immediately informed Amey and the workers were sacked for bringing the company into disrepute.

“Since taking over these contracts the private contractors have been fixated in cutting staff and other methods in order to boost profits. This is having a significant impact on the safety of all workers in the prison system.

“It is morally repugnant that companies are making profits out of the prison service and these contracts need to be permanently brought back in house at the earliest opportunity.”

Kennedy continued: "Both contracts are considered to be troubled with concerns about backlogs in urgent repairs, being a cause of increasing disorder and violence in prisons, which is directly putting the safety of prison staff in danger. Prior to its demise Carillion’s directors rescue strategy was based on the government providing a substantial financial boost to its prison contract."

Judge Jonathan Holbrook as part of a three person panel found the two men had been unfairly dismissed. The Tribunal will decide in June if the men can realistically return to work and what level of compensation they are entitled to.

ThisWeekinFM applied to the Tribunal for the full Decision Document but it is believed none will be forthcoming unless Amey or the two men involved request one first. As reported by the BBC radio programme, Judge Holbrook was scathing when he declared it was extraordinary Amey had not taken into account the men's 45 years of collective service and their unblemished disciplinary record. ThisWeekinFM is awaiting a from the two men's solicitor, Jon Heath.

Picture: For illustration purposes only - two maintenance workers were sacked by Amey for health and safety whistle blowing

Amey Consulting has won a property and estate management services contract with Southeastern. The infrastructure services and engineering consultancy will provide...

Amey’s Secure Infrastructure business is to introduce a fully sustainable cleaning solution across its FM operations.   The new cleaning model will...

Amey has secured a deal to provide facilities and estate management services across Highways England’s operational estate. The five-year contract will commence...