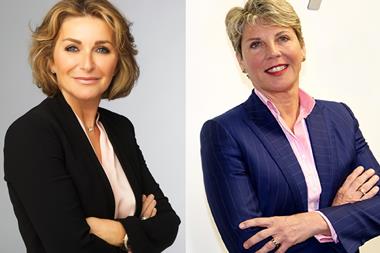 Two industry leaders from Mace and Amey have been appointed to spearhead a campaign to challenge gender inequality in the construction sector.

Amanda Fisher, Chief Executive Officer of Amey, and Mandy Willis, Group Board Director of Corporate Strategy at Mace, have been appointed as Co-Chairs of The REbuild Project, a new campaign to tackle the construction industry's poor performance on gender.

After a successful launch on International Women’s Day 2021, the appointment of two women industry leaders as Co-Chairs represents an important milestone for the campaign, which aims to directly impact the lives of women working in construction by highlighting the 3 Rs:

Mace and Amey Join the Campaign

The UK government is planning to drive economic stimulus by spending £640 billion on construction and infrastructure projects over the next five years, with most of this being spent with the UK’s top twenty contractors.

Its impact will disproportionately benefit men and have considerably less impact on women, as there is a 22 per cent difference in the gender pay gap and less than 20 per cent of women on boards.

Amanda Fisher, Chief Executive Officer of Amey, said: “I’m delighted to be leading this important initiative to address gender inequality within the construction industry. I’ve been committed to championing diversity and equality across large, complex organisations throughout my career, and I look forward to supporting a successful campaign that delivers meaningful and long-lasting change for women working in construction.”

“Becoming Co-Chair of The REBuild Project is an opportunity to join forces with some of the most innovative and inspiring people working in construction today. I’m excited to be leading this ambitious campaign and working to improve outcomes for women working across all levels of the industry.”

RoSPA and L’Oréal have partnered to launch their "Leading Safely for Women" programme. In a bid to support what they see as an...

A new report suggests that profit margins are 10 times greater in firms where at least one-third of the executive committee are women, compared to those with less female...