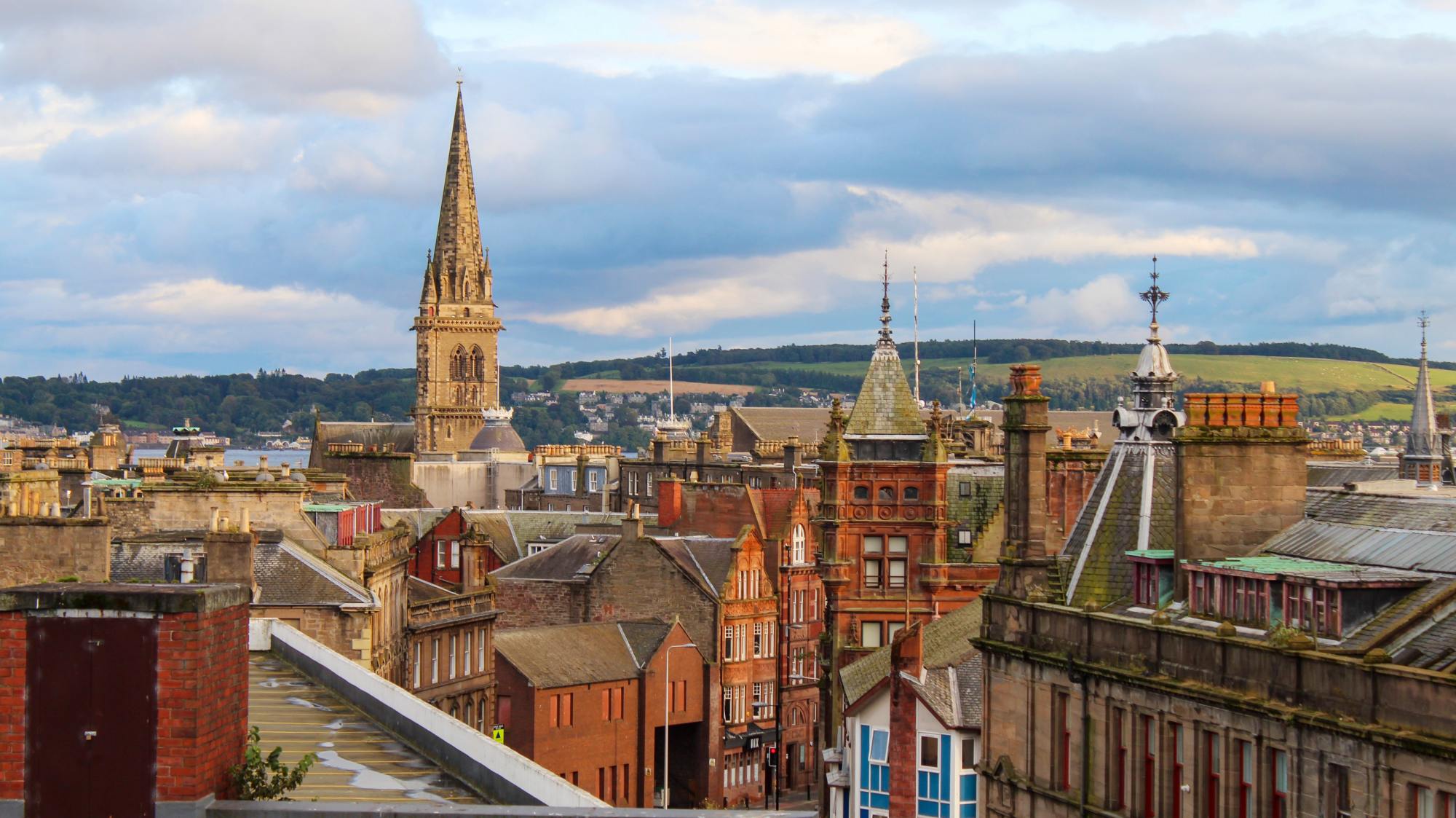 Dundee City Council in Scotland features one of the most electric-powered fleets in the UK, and has encouraged businesses and individuals to switch to EV. How has their campaign and progress stood apart from the rest, and what can cities across UK take note of to help on the way to their own targets?

Scotland’s date to phase out petrol and diesel engines in new builds is set for 2032, eight years ahead of that designed by the British Government. Dundee has been evolving from industrial roots over the last 30 years – the 1.1 billion pound regeneration of the waterfront, of which the city is roughly halfway through completing, illustrates this modernisation as deftly as their switch from petrol and diesel vehicles. The council’s electric fleet now features around 180 vehicles, with 120-150 expected to be running by April 2022.

The layout of the city is unique due to the topography, seated around the basin of an inactive volcanic site. This has meant that pollution is less able to escape and instead sits in smog above the city, causing concern faster than places where the issue may be out of sight and out of mind. With transportation being a main contributor to this, plans were drafted to reduce the impact. It’s a densely populated but small city, and with 90 per cent of Scotland’s population within 90 minutes travel, it’s an ideal hub of activity – this also meant that early electric vehicles with short mileage on a single charge were not a worry for the centralised schemes.

With over 120.000 charging sessions completed in 2020, the usage is clearly already larger than most urban developments are used to yet. In order to lead by example ten years ago the council fleet was first to begin the change and force the necessity of charging point expansion – they increasingly replaced combustion engine motors, set up car pools to help employees share and installed chargers at their HQ, including 50kw fast-charging for emergencies.

To expand the program, the next step was to roll out charging facilities across the city – a map of these can be seen below, and this is now connected with the universities, hospitals and police sites. Individual chargers and smaller depots alone weren’t enough alone to focus efforts however, as the taxi industry in particular was responsible for a large portion of the pollution, and 51 per cent of the population are without driveways for home charging. This led to the development of strategically placed fast charging hubs which are indicated by circles on the map below. The council engaged with the community to decide on the locations for these, highlighting the positive relationship between business and progressive governance here. In order to further validate the push for electric vehicles, they also worked with other councils in Scotland to make sure there were charging stations regionally for longer-distance fares. 24 per cent of taxis in the city are currently electric.

The hubs themselves are smart featured rather than simply a bay of standardised charging. As you can see from the image below, there are nine national grid chargers supplemented here by solar panels. The solar panels store energy during the day in the battery reserves and deposit this into the supply at the most advantageous time of the day, for example when the many taxis are using the hub in the morning after a school run. The system adopts later or earlier usage depending on the time of year by average influx of users.

The third hub is a multi-modal hub – differing in that it is designed to encourage EV users to leave their cars outside of the city centre, utilising walk and cycle routes from this point or the train station. In the same spirit, their multi-storey car park installations have been chosen to avoid city center gridlocks. These also feature solar power supplementation, and notably a dynamic release of the energy from the batteries. This means that vehicles left there in the morning by those working a standard day will receive a slightly slower rate of charge, allowing the solar panels to keep topping up the limited capacity of the storage batteries, and rely less on the national grid.

The plans for upgrading and future-proofing Dundee's transport network are just beginning. As of this year the council now have electric waste disposal lorries, electric sweepers and electric minibusses, and they plan to steadily overtake combustion engines. The key to the expansion is forward-thinking infrastructure – accommodating for the growth of fleets to come is only possible with calculated battery capacity and sustainable energy production, such as the most convenient adoption of solar panels.

Communication to residents about the opportunities has been a surprising task, as many other national and international news outlets pick up on the impressive statistics of growth, whilst many in Dundee itself lack understanding of the programme. Increasing access to mobility options is the challenge, as is utilising smart tech to achieve this.

The Drive Dundee Electric program, set up by the council, is the result of this move to conquer the transport pollution problem, an organisation that has received funding from the Scottish government and Office for Low Emission Vehicles to become an exemplar city for the uptake of Ultra Low Emission Vehicles (ULEVS). This allows them to offer interest free loans of up to 35k for an individual from EST Scotland to cover the cost of a new electric car and up to 100k loan available for businesses. They have been able to promote this scheme and regularly update the community through a double-page spread in the local newspaper, as well as public meetings and focus groups. Encouraging individuals to change for their own and the collective benefits, earlier than the final government deadlines for compliance, is a move that fosters community pride and productivity.

Urban Foresight manages a £1.4 million smart city innovation programme for the council. The Mobility Innovation Lab (The MILL) is transforming Dundee into a real-world test bed for new transport technologies and services. It aims to demonstrate how innovations in transport technologies, business models and data can improve wellbeing and quality of life, such as connecting people with essential services and enhancing economic opportunities.

This innovative programme is creating opportunities for new products, services and business models to be developed and trialled in Scotland’s fourth-largest city. The first wave of projects to be run through The MILL were commissioned in Summer 2018 and will deliver solutions related to car sharing, fleets, smart parking, active travel. The next phase will be to combine these services into a single mobility app as a service platform.

London's Mayor has created a new taskforce to expand the Capital's electric vehicle infrastructure and drive the creation of rapid charging points and thus the...