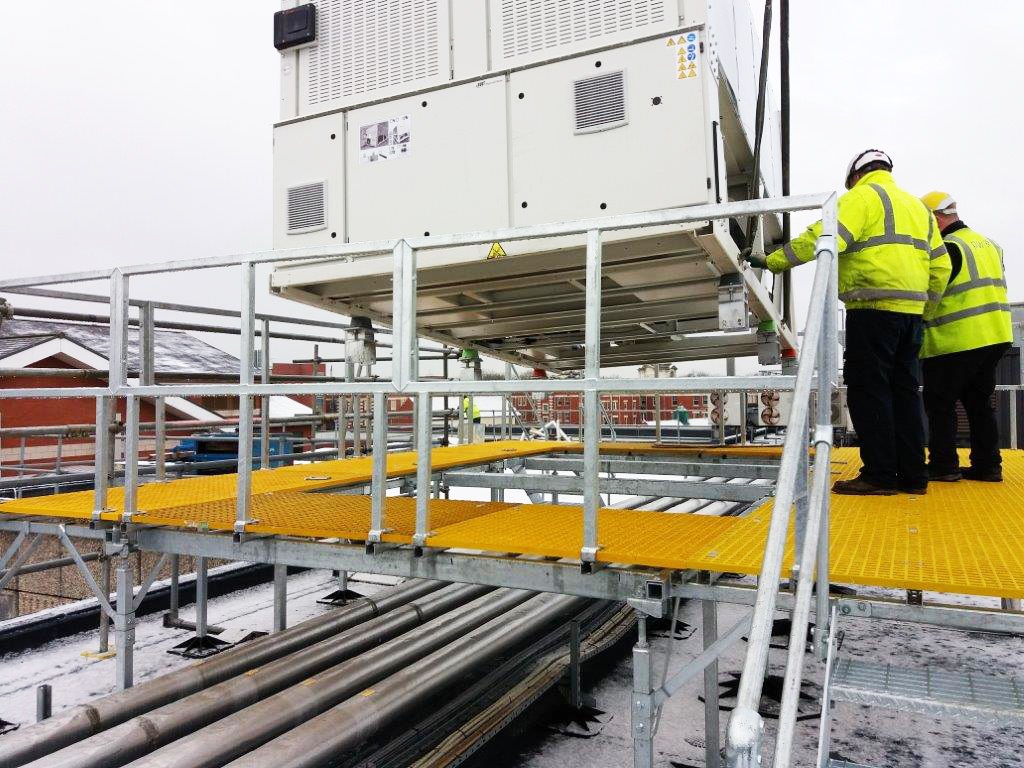 Big Foot Systems has supplied a custom plant deck to support a chiller on the asphalt roof of Manchester Royal Infirmary.

Big Foot Technical worked with the contractors to design a solution that allowed the chiller to sit above existing pipework whilst allowing the chiller to remain fully accessible for maintenance.

The result was a fully custom plant deck, designed specifically for the requirements of the project. It sits approximately 1m above the roof level to allow for pipe runs and comes complete with a custom platform around the whole perimeter of the chiller to provide access for maintenance.

Big Foot also provided steps either side of the chiller, to enable access from both sides of the pipework, which saved the need for any step overs in another location. Big Foot Technical used foot pressure calculations, UDL (roof load) figures and a wind summary to ensure that the design was fit for purpose and was in line with the project’s requirements.

“It was important to supply a support solution that was not only fit for the roof and weather conditions but that also provided suitable access to the plant,” explained Peter Mellor at Big Foot. “The design that our technical team produced spreads the load of the chiller safely and evenly, factors in local prevailing winds and provides safe access too.”

Picture:  Big Foot Technical worked with contractors at Manchester royal Infirmary to design a solution that allowed the chiller to sit above existing pipework.

Despite widespread global investment in the digital transformation of public spaces and the smart city concept, a study of 1,000 people found that consumer awareness in...