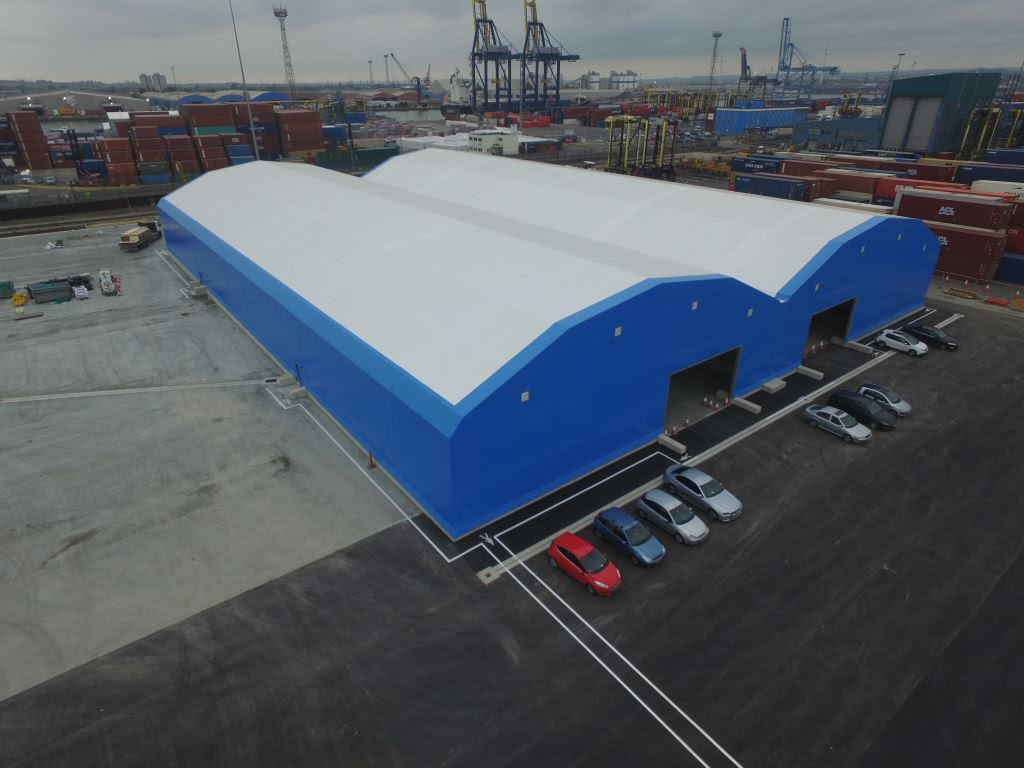 A massive warehouse has been dismantled and re-erected 3 times in under 30-years - the latest to support the relocation of a Tilbury Port customer.

The original warehouse was a 30m twin span x 102m long structure, constructed in 1990 and located at Berth 42, Port of Tilbury. Ten years later, this warehouse was then relocated and extended to 138m long to accommodate a new customer and long-term contract at Berth 45.

The warehouse configuration was a drive-through facility with openings in the gable. It was then dismantled by a third party in 2015 and put into storage.

Port officials contacted Rubb, the original and still in business manufacturer, to assess, organise and re-construct the stored warehouse, working alongside the main contractor Dyer and Butler.

Dyer and Butler is the main contractor supporting Port of Tilbury with the design and build of the port’s overall infrastructure project - which is to improve and create a new rail and road system connecting the Port of Tilbury to Tilbury 2.

The project plans meant the Port of Tilbury needed to relocate a long-term customer Maritime - which specialises in road and rail logistics. Instead of constructing a new warehouse, the 30-year old Rubb warehouse was pulled out of storage for the job.

The Rubb team was on site for 10 weeks and the warehouse, now adapted to a 30m twin span x 78m long, is located at Lakeside 2.

Jenis Mistry, Project Engineer at Port of Tilbury London, said: “The major benefit of Port of Tilbury using Rubb warehouses is the modular design which assists with changing the size of the structures. They can also be dismantled and erected in new locations.

Picture:  A Rubb built warehouse has been dismantled and re-erected 3 times in under 30-years.

Siemens, the Port of Tyne and a project consortium of three further partners have been granted funding by the Department of Transport to create a blueprint for the...