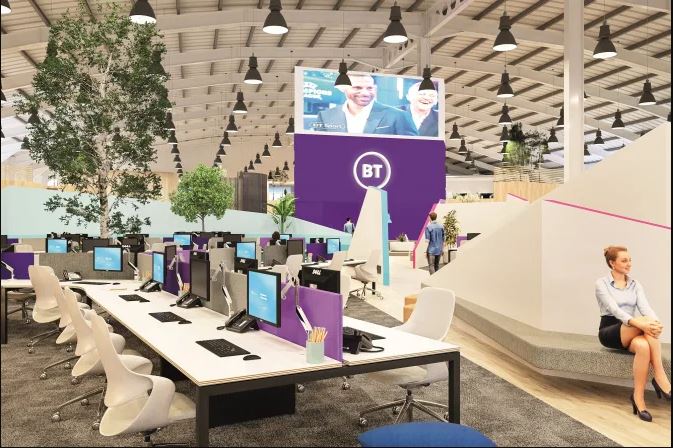 BT is to get rid of at least 270 offices around the UK by 2023 and consolidate down to just 30. The first eight locations nominated in the telecom giant's 'workplace improvement programme' have been identified.

BT currently has 300 office locations - and none of them are safe. The company has stated that the UK's capital cities - London, Edinburgh Belfast and Cardiff - will all have offices while Ipswich, Birmingham, Bristol and Manchester have also been identified as key locations for the group. However, offices in those locations could be axed to be replaced by better facilities. All of the anticipated locations will be 'future fit' said BT and benefit from 5G connectivity. The property portfolio will include corporate offices, contact centres and specialist sites.

“The Better Workplace Programme is about bringing our people together in brilliant spaces and transforming the way we work,” BT Group chief executive Philip Jansen said. “Revealing these eight locations is just the first step; we have dedicated teams working on identifying the best buildings to move into and which ones to redesign for the future. As a result of this programme, BT people will be housed in inspiring offices that are better for our business and better for our customers.”

It was announced in May 2018 that the BT Group will exit its St Paul’s headquarters in London. The company is currently identifying a new home for the business in the capital.

Picture: The first eight locations have been name in BT's workplace improvement programme.