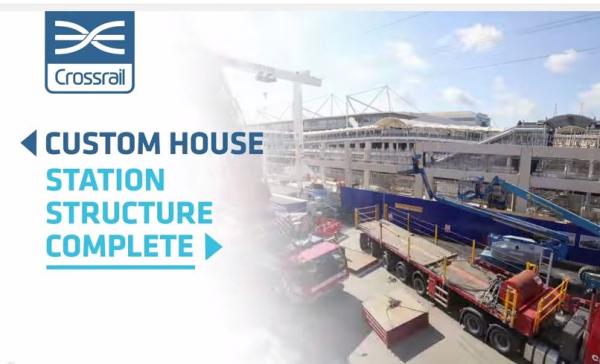 Laing O’Rourke has pulled off the construction of Crossrail’s Custom House station in just a year and a day using largely prefabricated off-site components.

Large sections of the station were manufactured at Laing O’Rourke’s facility in Steetley, near Sheffield and then transported more than 130 miles to east London and assembled on site. The 825 station components were installed using a purpose-built 35 tonne gantry crane. The last section was installed a year and a day after the first piece went in.