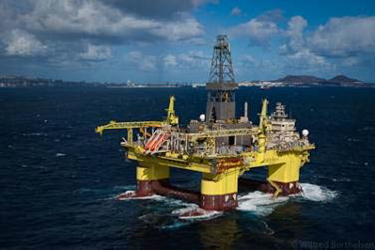 One of the biggest news stories this week is that Cordant Services. has chosen to sponsor the ThisWeekinFM Summer River Boat Party - Get Your Own Tickets NOW

HVAC Recruitment is the latest big name to join the illustrious list of the FM Industry Charity Black Tie Boxing Night sponsors. This really is  a networking event not to be missed. It is estimated that almost £200 million worth of business was done last year.

A now limited number of individual Tickets for the Charity Boxing Night are on General Sale along with limited tables and half-tables too - contact Di Searle on di.searle@twinfm.com to book!

SPIE UK has been awarded a contract with Tameside Glossop Integrated Care NHS Foundation Trust, at Tameside General Hospital. The work involves the strip out and refurbishment of the Pathology laboratory in New Fountain House and incorporates all new flooring, ceilings, decoration, joinery, fixed furniture, sanitary fittings and mechanical and electrical installations. The contract is worth £534,000. It will take place over a 10-week period - that period having started in mid-March.

McGregor-Smith has a high profile in the British business world, having served as the CEO of Mitie Group PLC for over nine years and chaired reports on behalf of the UK government into diversity and equal opportunities in the workplace.

Martyn Freeman, Q3's CEO said: “We especially want to utilise the talents of a broad cross section of society and our Chairwoman brings invaluable experience with her.”

Sodexo has published its second Public Service Pledge, an ethical set of commitments to its customers, employees and communities.

The Pledge identifies key public service areas and initiatives which the facilities management provider promises to measure and report on annually which demonstrates its commitment to social value and a public service ethos.

Calling for an independent industry regulator, increasing its SME spend to 32% of its total spend and increasing female representation in management to 40% by 2025, are some of the targets outlined in the manifesto.  The company has also pledged to employ 40 ex-offenders (and by that they don't mean ex-Carillion board members) and 200 ex-services personnel this year.

No Joke as Dave Allen Is Wates Chief Executive

The Wates Group has today David Allen as its new Chief Executive. He assumes the role with immediate effect.

Chartwells Independent, Compass Group UK & Ireland’s specialist provider of catering to the independent education sector, has been awarded a new contract to provide catering, hospitality and cleaning services to Merchiston School, in a deal worth £5 million over five years.

Merchiston School, based in Edinburgh, is Scotland’s only all-boys independent boarding school. Founded in 1828, it is located in 100 acres of parkland and has over 450 pupils in attendance.

ECO, based in Drighlington, Yorkshire, is a facilities and property management business delivering services across the UK. ECO delivers a range of hard and soft facilities services for clients that operate in sectors including healthcare, retail and leisure and corporate office management.

A similar meeting was held by Carillion on a number of occasions prior to its demise.

The increase in the current borrowing limit is required as significant balance sheet write-downs are expected to be contained in the 2017 Financial Statements. These write-downs are expected to comprise an impairment on goodwill as well as a number of other non-underlying items, the significant majority of which are either non-cash or were reflected in the net debt guidance that the Company provided in its update announcement on 10 January 2018, in which the Company stated that it anticipated that net debt at year-end 2017 would be approximately £513 million.

The Company has been informed that its two major shareholders, Farringdon Capital Management and Coltrane Asset Management, L.P., who hold 35.05 per cent of the company's issued share capital, intend to vote in favour of the resolutions.

Discussions with the Group’s lenders and other financial stakeholders have continued to progress.

Tascor specialises in providing technical facilities management services to both public and private sectors including mission critical services within the Police, NHS, and the Fire and Rescue Services. This includes planned and reactive maintenance, help desk services, statutory compliance, auditing and consultancy.

Martin White, from the company said: “I am extremely proud of this award as it reflects our hard work to make sure all our employees, customers and stakeholders operate in a safe and secure manner."

The Royal Society for the Prevention of Accidents has also awarded the Salisbury Group Gold Award for excellence in health and safety practices.

RoSPA will present Salisbury Group with its award during a ceremony at the Hilton Birmingham Metropole hotel on Wednesday, 4 July 2018.

Ed Swales, CEO of Salisbury Group, said: "Being presented with a Gold Award is a mark of the importance we attach to the safety and health of our employees, client staff, customers and building visitors. Since being awarded a Silver Award in 2016, we have continuously improved our processes and introduced innovations that are helping us to provide safer environments in which to work."

The agreement also contains options for further work to cover CDE’s current and future operations in the UK and Norwegian sectors of the North Sea. ESS will initially deliver catering, laundry and hygiene services on the drilling rig COSL Pioneer which is due to commence UK operations this month.