Fuel Testing to Catch the Fraudsters 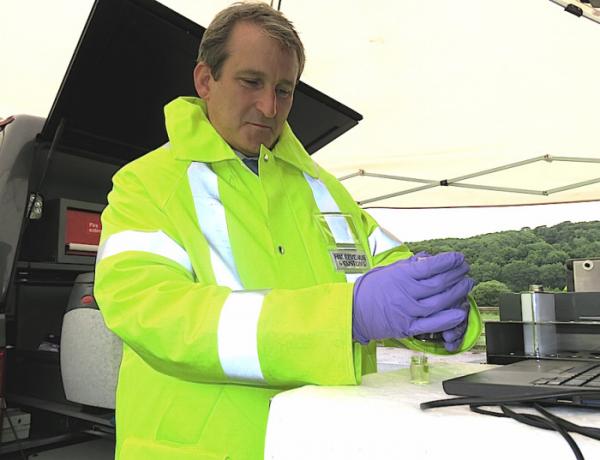 The hi-tech equipment has been introduced to allow officers to test vehicles at the roadside for the presence of the new fuel marker which was introduced into supplies intended for use in agriculture and construction industries this April. The new marker is claimed to be resistant to laundering techniques known to be used by criminal gangs and ‘significantly’ improves HMRC's capability to detect fraud.

Previously, the test for the new marker was completed at a laboratory, leading to a delay in identifying illicit fuel and further action being taken. The new equipment will now be installed in 49 HMRC Road Fuel Testing Unit vehicles throughout the UK and used to analyse fuel samples taken at the roadside and at retail premises, starting in Northern Ireland.

The government will monitor the success of the marker during the first six months to make sure it is delivering results in the fight against fuel fraud and HMRC will publish an evaluation this autumn.

“I am delighted to see first-hand the new roadside testing equipment in action,” said Damian Hinds, Exchequer Secretary to the Treasury. “The new marker and testing equipment are part of the significant investment we have made in HMRC to tackle avoidance, evasion and fraud to make sure all businesses and individuals contribute to the tax revenue that is used to fund vital public services.”

Picture: Damian Hinds, Exchequer Secretary to the Treasury visited Belfast and Newry to back new roadside fuel testing equipment to tackle the trade in illicit diesel