Jack In The Blocks As Shopfronts Go In Office Devlopment 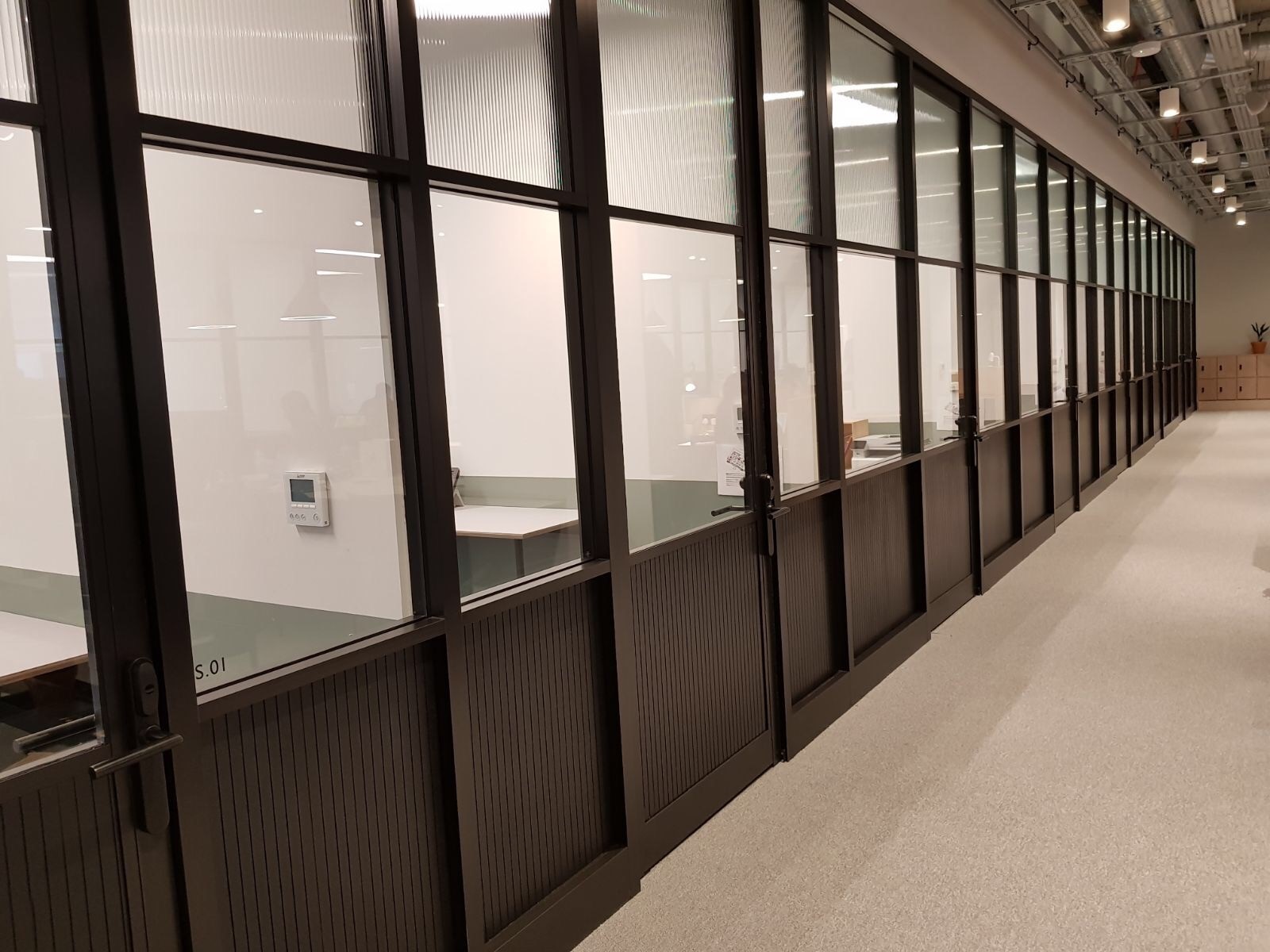 The building, in Ecclestone Square, near Victoria Station in London has been fully refurbished to create a modern, commercial space that will be let to a range of diverse workforces, including creative agencies and start-up businesses.

Will Woods, Director at IDF Aluminium said: “The client (shared workspace developer, The Office Group) was looking to create partitioning within the building to separate the workspaces. They wanted something that gave a distinctive, retro-feel to the building so it was as much about an aesthetically pleasing solution as a practical solution.

“We'd used the Jack Aluminium’s JD47 system previously on other office refurbishment projects, including The Office Group’s premises in Oxford Circus and it worked really well.”

The Office Group’s network includes offices in Leeds and Bristol as well as 32 sites across London, each with impressive facilities for businesses.

Ash Pearson, at Jack Aluminum added: “The team at IDF never fails to impress us with their projects. This is another job that really shows the versatility of our aluminium systems.”

In recognition of providing exceptional standards of health and safety, Jaguar have been awarded the ISO 45001 certification. Click Image To Read More