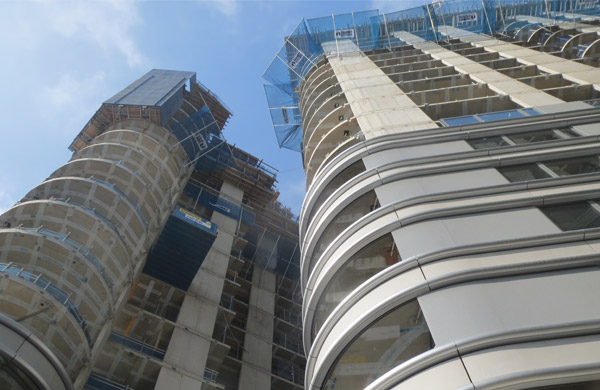 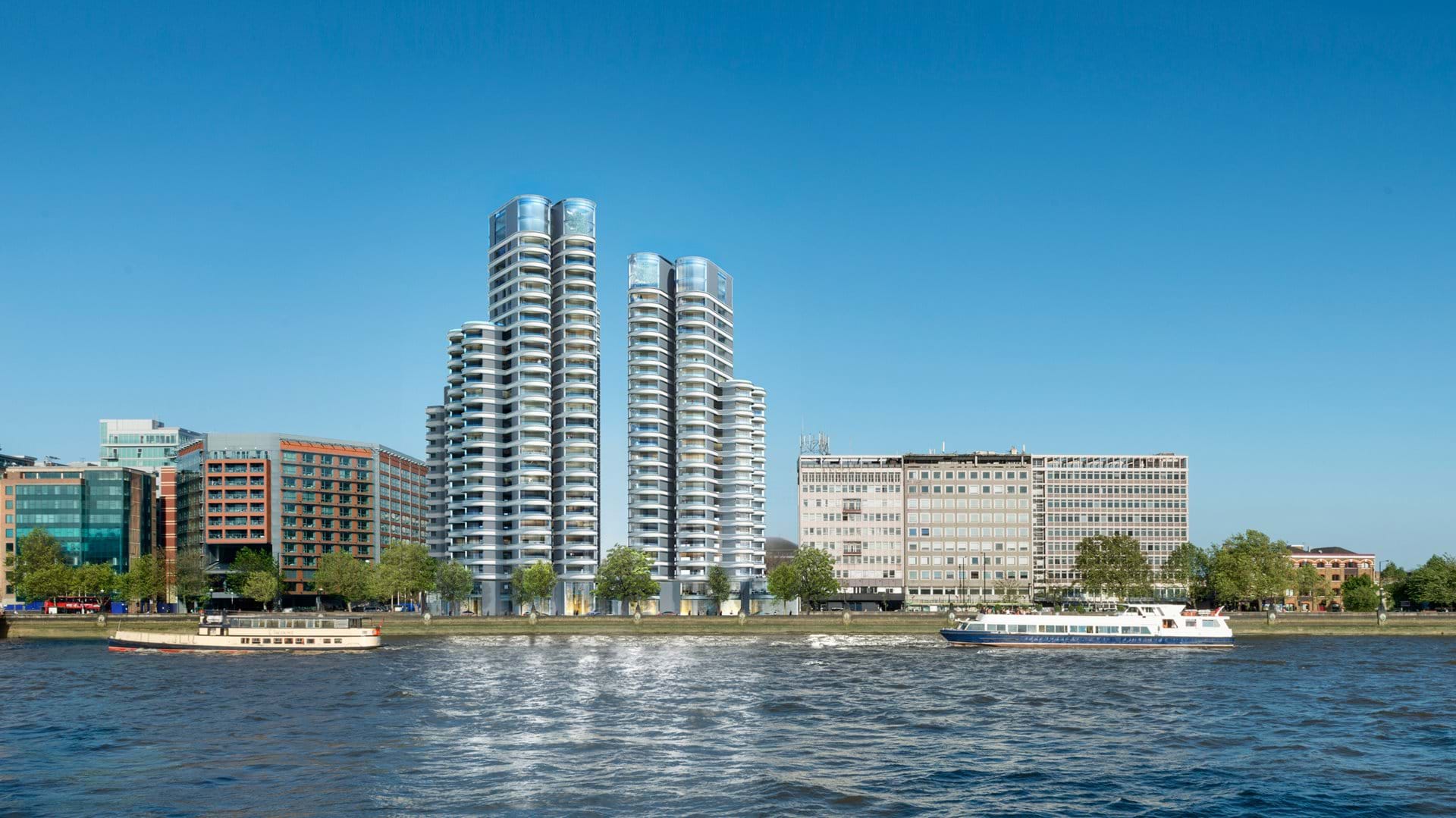 The Structural Engineer on the three Corniche towers where a man was killed by a falling window on Tuesday Oct 2 has refused to comment. The man was killed after a complete aluminium window fell on him from a high-rise mixed use complex overlooking the River Thames in London.

When contacted by ThisWeekinFM, senior members of staff at structural engineer, Davies, Maguire + Whitby told a junior spokesperson to declare 'no comment'.

The incident happened just before 11:00am on Tuesday October 2. The victim has been named as Michael 'Mick' Ferris, a Clarkes Coaches driver. He is believed to have been on duty and having parked his empty coach, went in to an hotel adjacent to The Corniche to use the lavatory. He was killed on the way back to his coach.

The Health & Safety Executive have begun an investigation alongside the Metropolitan Police. The HSE will first establish whether this is a 'work related' incident.

The Corniche consists of three towers along the Albert Embankment on the south bank of the River Thames, opposite the Houses of Parliament. The buildings range from 15 to 27 storeys in height and provide 253 apartments, along with offices, restaurants and a residents’ bar, gym, pool and spa.

Disturbing pictures taken at the scene show the complete window unit including sealant and fixings atop the victim. The living spaces of the apartments extend into the deep bays that give the scheme its distinctive character - but the curves may also have caused stresses capable of blowing a window panel from its fixings. Another possibility is if the fallen element sheared in high winds.

ThisWeekinFM is investigating with both the Glass Glazing Federation and the major aluminium systems providers.

“A glass panel fell from the penthouse and hit a man who was walking under it. It killed him. You can see the hole in the top floor where the window fell out,” a workman near the scene is reported to have told the London Evening Standard.

Metropolitan Police investigators have already surveyed the frame from which the window fell.

Residents and occupiers are said to be devastated by what has happened directly outside the landmark development - the jewel in the crown of the wider regeneration of the Nine Elms zone, a 195-hectare project between Lambeth Bridge and Chelsea Bridge of 16,000 new homes, restaurants and offices which represents the largest urban initiative of its kind in Europe.

Foster + Partners were the architect behind the towers (which feature apartments in the price range of £2.5 million to £22 million). A spokesperson from Foster + Partners told ThisWeekinFM: "Our sympathies and condolences are extended to the family following this tragic incident. We await further information."

A spokesperson for developer, St James, said: "We are investigating this incident as a matter of urgency and working with the emergency services to establish what happened. We extend our deepest sympathies to the family at this incredibly difficult time.”

Picture: The Corniche is a mixed-use development of three landmark towers along the Albert Embankment on the south bank of the River Thames, opposite the Houses of Parliament where a 53-year old coach driver has been killed by a window which fell on him from height.