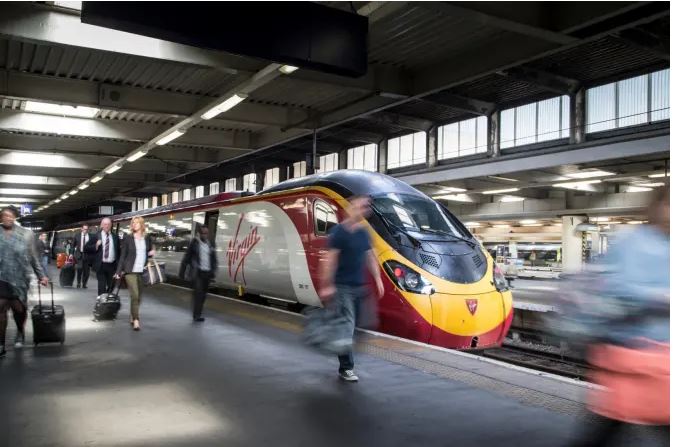 Thousands more train passengers will be able to wave goodbye to their orange tickets this month as train companies make smart tickets more widely available with the roll out of new technology across the network.

Following recent upgrades, passengers travelling from all major stations across Britain including Waterloo, Brighton, Gatwick Airport, Edinburgh Waverley and Glasgow Central are now able to go paperless, buying smart tickets more quickly and easily online or via their smartphones to store on their handset or a smartcard.

After further installation of readers at stations around the country and software updates due at the end of this month, the Rail Delivery Group expect nine in 10 tickets to be available for sale to customers as smart tickets.

With smart ticket options now available with every train operator in Britain, the rail industry is now working with government agencies to progress proposed reforms to the fares system. The Rail Delivery Group's first major submission to the Williams Rail Review put forward proposals which, with updates to regulation, paved the way for pay‐as‐you‐go price caps to be introduced across the country. On long‐distance journeys, it could enable a greater range of on‐the‐day fares for people to buy on their smartphone, giving them more options at a better range of prices.

The increased availability of smart tickets is already benefitting passenger by:

Train companies, the Department for Transport and national and regional transport bodies, including Transport for the North, have worked together to offer smart ticketing at almost all National Rail stations across Great Britain. This included upgrading and installing gates and ticket readers at 890 stations to recognise smart tickets and speed up queues for buying tickets, for example at Britain’s busiest station, London Waterloo, which sees over 94 million journeys to and from every year.

Picture: For more than twenty years Virgin Trains came up with innovations such as automatic delay repay.

Vodafone has announced that they will be rolling out 5G from 3 July 2019 in the UK, with roaming available this summer. Meanwhile Ofcom has decided broadband and mobile...