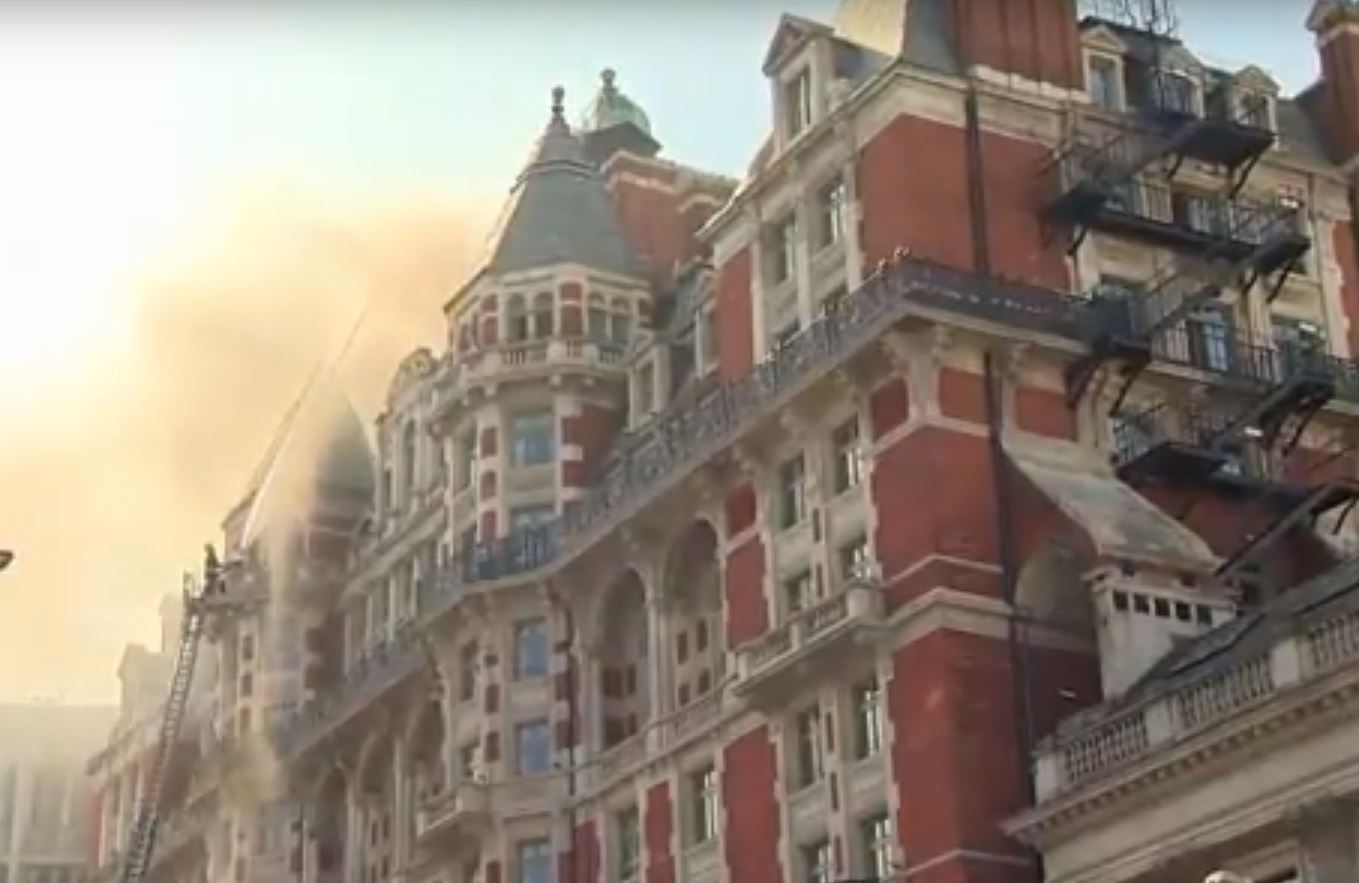 A luxury Knightsbridge, £2,000 a night hotel went up in flames on Wednesday June 6. The London Mandarin Oriental, which overlooks Hyde Park, plays host to the wealthy and stars such as Bryan Ferry, Darcey Bussell, Dame Helen Mirren and even Dame Edna Everage (Barry Humphries). Robbie Williams was booked in for the night.

The external planting facade was damaged by the fire. Small parts of several floors of the hotel, the roof and plant machinery on the roof also sustained fire damage.

A total of 36 hotel guests and 250 hotel staff were evacuated from the building and there were no reports of any injuries.

Station Manager Pam Oparaocha said from the scene: “The smoke from this large fire was very visible across central London and we received a number of emergency calls. Firefighters worked extremely hard in exceptionally hot conditions to bring the fire under control. Crews wearing breathing apparatus carried out search and rescue operations throughout the inside of the building.

“Firefighters are likely to remain at the scene throughout Thursday June 7 and fire investigators will then take over to establish how the blaze started.”

Deputy Commissioner Director of Safety and Assurance Steve Apter said: "Once again, the skills, professionalism and quality of London Fire Brigade was tested at a challenging fire. Really proud to be able to see first hand the team at its best."

The hotel, part of the international Mandarin Oriental chain had recently completed a major refurbishment - in the region of £185 million was spent on the 115-year old property.

Twenty fire engines and 120 firefighters and officers have been called to what the London Fire Brigade described as 'a visible fire' - smoke could be took taken around 40 calls within minutes of the blaze erupting. The first call came in at 3:55pm.

Crews from Chelsea, Kensington, Hammersmith, Battersea and other surrounding fire stations responded. A large telescopic ladder was called in to play almost immediately. The fire seemed to emanating from the top (12th) floor.

The London Ambulance Service and Metropolitan Police also attended. There were no early reports of injuries. The cause of the fire is not known at this stage.