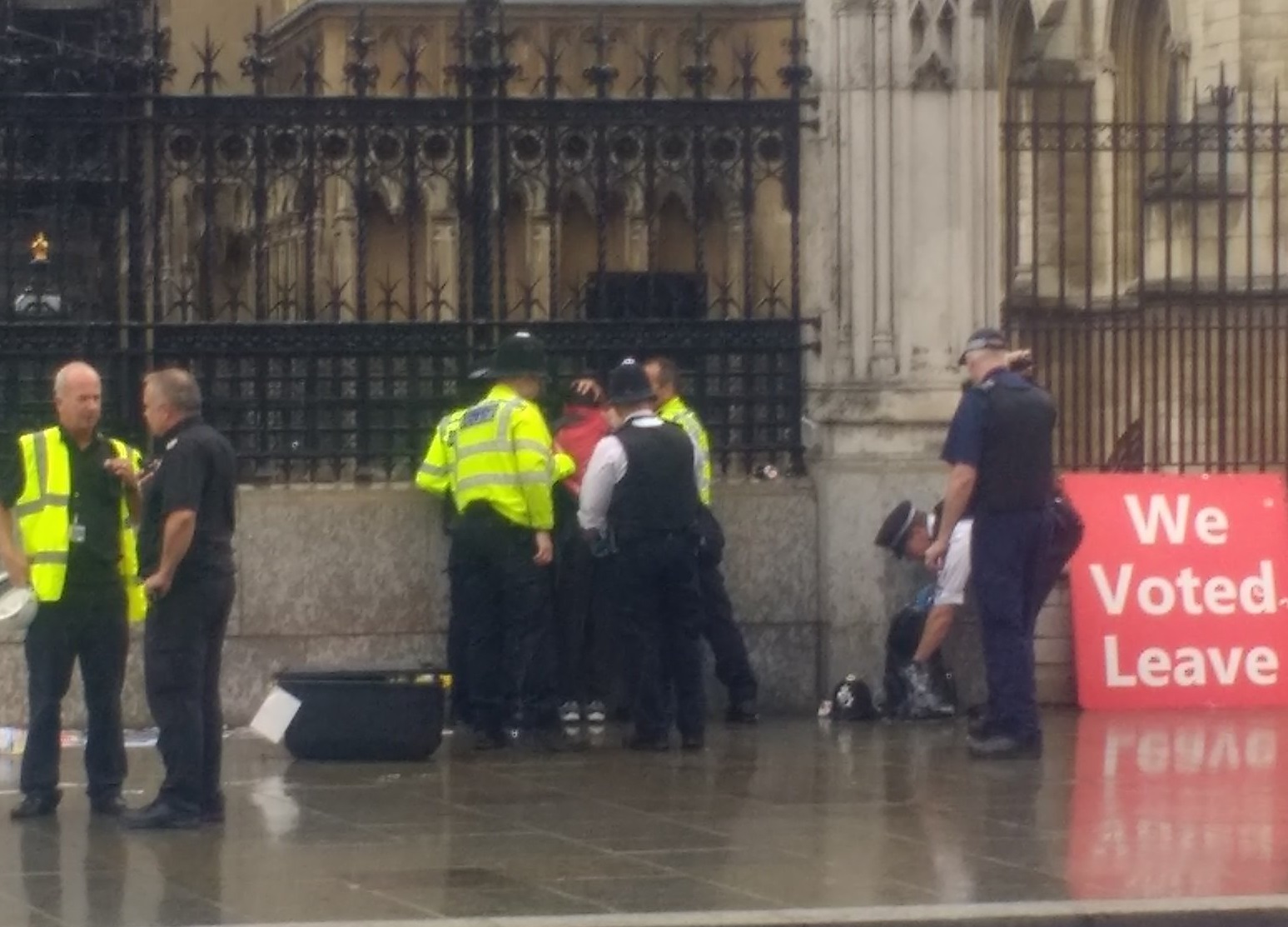 Tuesday October 1 saw a man douse himself in petrol outside Parliament and try to set himself alight in protest at a parking ticket. The Met has said the biggest terror risk comes from 'lone wolves' - and terror threats from the right-wing are on the increase.

The October 1 incident was spotted at 10:44am by one quick thinking police officer, who grabbed a fire extinguisher and sprayed the man down with foam. Another officer then 'rugby tackled' the man who was then pinned down and arrested.

Currently the incident is being described as a 'mental health issue' rather than a terrorist attack. (The Telegraph has reported that one police officer said the man was upset over a parking ticket.)

This all took place outside the Old Carriage Gates (the main entrance into Parliament), just off of Parliament Square. The Gates are often the target protestors aim for.

On 22 March 2017 Khalid Masood drove a car over Westminster Bridge, killing six and injuring at least 50. He then ran through the Old Carriage Gates and was able to stab to death PC Keith Palmer. Masood was shot dead by another police officer.

With regards to the October 1 incident, the Metropolitan Police reported there was no ignition and the man was detained and that both the London Fire Brigade (LFB) and the London Ambulance Service (LAS) attended. The LFB made the scene safe by dispersing the suspected flammable liquid. The man was assessed by LAS and taken to a central London hospital. He has been detained under the Mental Health Act.

There are no reports of any injuries. The area, which saw huge traffic delays, was reopened relatively swiftly as the police were confident that the scene did not require further crime examination.

Pictures of the man being subdued also show a sign that reads 'We Voted Leave', although at this time, it is believed the sign had been placed there by an unrelated demonstrator.

Rise of the right

Recently (September 19), Metropolitan Police Assistant Commissioner Neil Basu, who is one of the most senior officers in the country concerned with counter terrorism, said the most likely attacks would come from lone actors and those lone actors were most likely to come from those who hold extreme religious beliefs or race-hate/far right ideologies. With the biggest rise in threat coming from the latter.

Basu said it is extremely unlikely that the counter terrorism authorities will be able to foil every attempt.

25 per cent of all terrorism arrests in the last year have been of those involved in right wing activities.

Huw Merriman, MP who witnessed the October 1 incident Tweeted 'Man next to me at Parliament’s carriage gates appears to have poured (what smells like) petrol on himself. Incredibly brave response from police, who are now helping him.

Picture: Police detain a man outside Parliament's Old Carriage Gates. The man is suspected of pouring petrol over himself with a view to setting himself on fire.