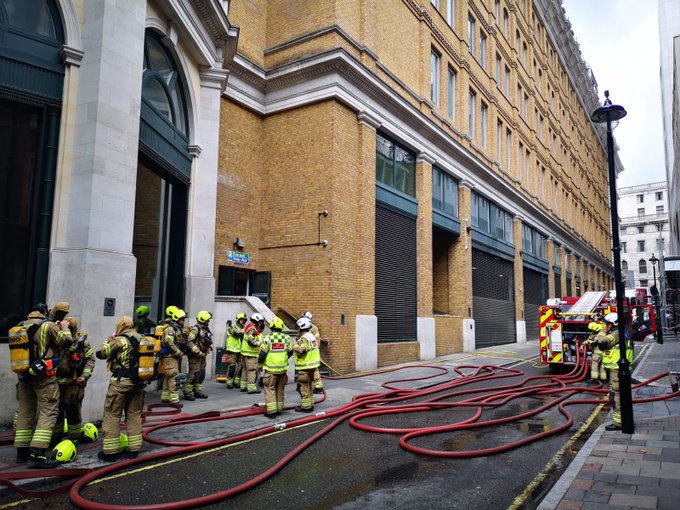 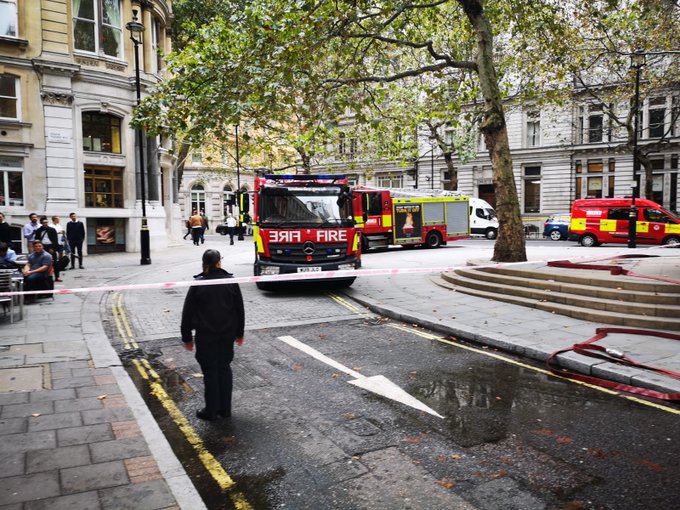 Just as people were arriving for work on Tuesday October 1 morning, a fire broke out at an office block on one of London's most famous streets, The Strand. The fire destroyed part of a server room in a sub-basement.

It was 9:06 when six fire engines and around 40 firefighters were despatched from several stations (Soho, Lambeth and Chelsea. The fire was under control by just after 11:10am.

Approximately 250 people evacuated from the building before the Brigade arrived.

That same morning, at 10:44am police were dealing with a man who doused himself in petrol outside Parliament and tried to set himself alight (self-immolation).

A quick thinking police officer, grabbed a fire extinguisher and sprayed the man down with foam. Another officer then 'rugby tackled' the man who was then pinned down and arrested.

Currently the incident is being described as a 'mental health issue' rather than a terrorist attack. (The Telegraph has reported that one police officer said the man was upset over a parking ticket.)

Pictures: Six fire engines and around 40 firefighters tackled a blaze in an office server room on The Strand in London.