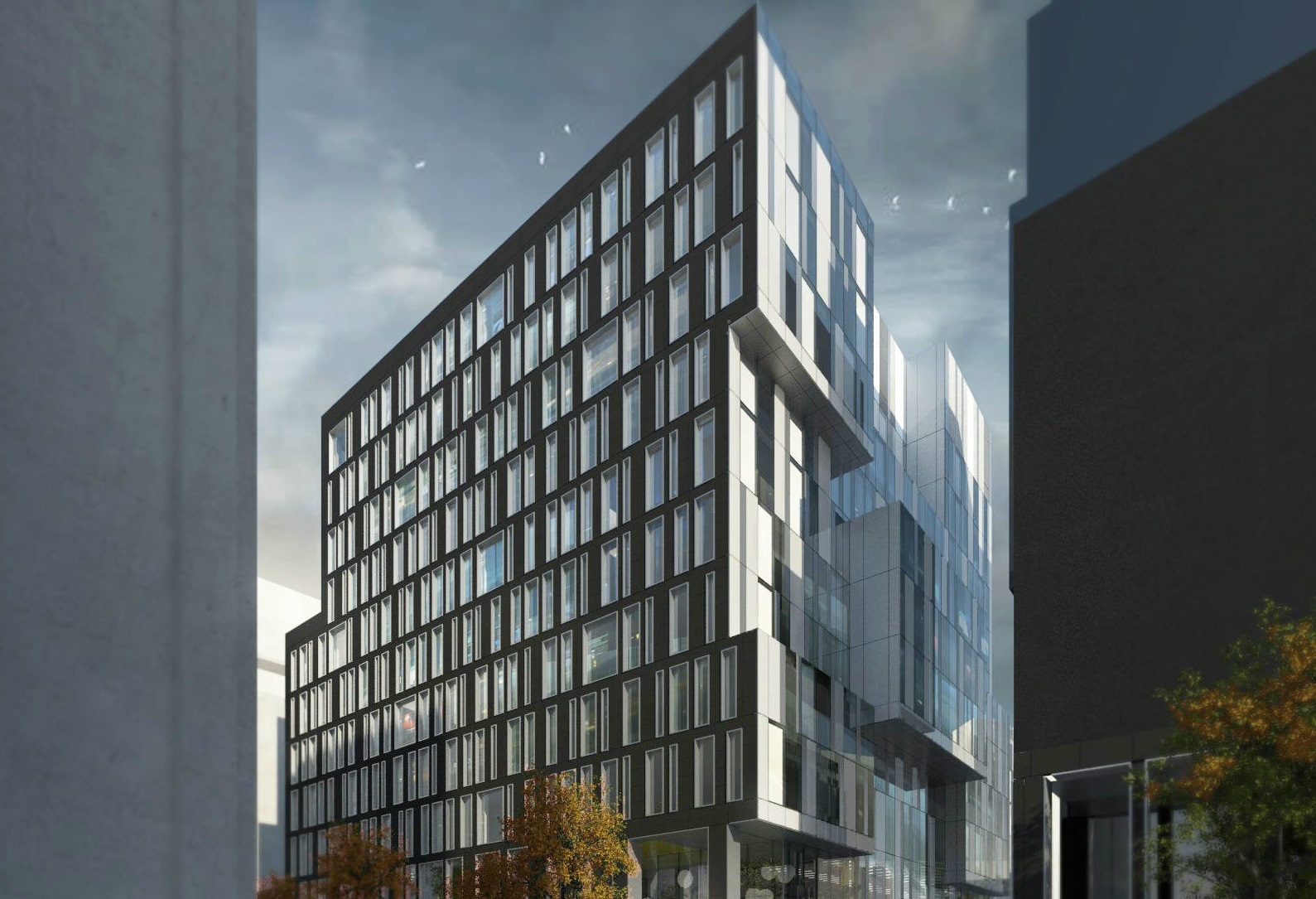 London's Queen Elizabeth Hall and Purcell Room have reopened; Argent and BAM will work on a building so large it has its own postcode; and UCL has had its windows stuck in.

The Queen Elizabeth Hall and Purcell Room reopened on April 9. The buildings have been closed for refurbishment since October 2015.

It is the first time that the famous concert hall has been closed for an extended period, a bold statement for a building which opens its doors to the public 364 days a year - and an indication of its need to be updated. Working alongside architects Feilden Clegg Bradley, Max Fordham have helped to complete the first major building services renovation to the site since its opening in 1967.

Max Fordham have implemented a number of major changes to the building. They have replaced the auditorium air conditioning systems. Reinstating cooling of the Queen Elizabeth Hall for the first time in over 30 years, the air flow has been reversed. Originally supplied from the ceiling of the auditorium, the conditioned air is now supplied from below the seats, creating a comfortable environment for the audience. Conditioned air is supplied only where it is needed, minimising energy use.

Removing the old ductwork from the ceiling voids has created space for the retractable lighting rig, an updated and high spec piece of equipment which now sits neatly in the roof, descended for specific events and hidden from view for others.

Stuart Humber, who led the team from Max Fordham, said "Heating and ventilation systems tend to stay the same size over time. In contrast audio and visual systems expand as the tech develops and modernises. The new theatre equipment that a venue like this demands is far bigger than it would have been in the 60s, when the concert hall was intended to host piano recitals and ensemble orchestras. Much of our work at Queen Elizabeth Hall has been about making better use of the existing space to create room for the best equipment".

Developer Argent and contractor BAM have confirmed they are working together on a new building at London’s transformation of Kings Cross.

The development, which is so large that it has its own postcode (N1C) and is known as Kings Cross Central, will have a new building currently known as S1.

The 12-storey office will have retail space on the ground floor level and BAM’s first challenge is to create the right conditions in the ground. When finished, it will closely resemble the newly created building alongside it, known as S2 and the two will have an ‘interlocking’ appearance.

BAM has already commenced initial works on the scheme to be completed at the end of 2020. The concept design is by Mossession and the delivery architect is Weedon.

The work was commissioned due to the increasingly poor performance and energy inefficiency of the building’s original, single-glazed windows which did not meet the sustainability standards of the university.

Although the building, which houses UCL’s Chemistry Department, is not listed, it is located within the Bloomsbury Conservation area and so the UCL project team specified that the replacement windows should closely match the original design. After an exhaustive tender process, the fenestration fabrication and installation contract was awarded to Heritage Window Systems (HWS), one of Smart Architectural Aluminium’s specialist partners, who worked closely with both the university and the other members of the project team.

Some 600 Smart Alitherm Heritage windows were installed, together with Smart Wall screening and commercial doors for the entrance and Smart’s MC 600 curtain wall system for the building’s main façade. 30 oriel bay windows were replaced on both the front and rear elevations, each five storeys high, with a further 150 windows installed in the building’s courtyard.

Developed to match the slim profiles of traditional steel windows that are a feature of many heritage projects and listed buildings, Alitherm Heritage nevertheless delivers the thermal performance associated with modern aluminium systems.

Two pilot installations were completed prior to mobilisation, both to test the installation process and gain approval on the finished units from the client. Having successfully completed that stage, full installation began - the windows were replaced in sequence, with each of the building’s individual laboratories completely refurbished and thoroughly cleaned first, before other works were carried out.

“We were also very aware that we were working in a hazardous environment, with gas taps and chemicals throughout the laboratories. However, by working in very close partnership with the university and the main contractor, Sykes & Son, we were delighted to complete the project on schedule and to the satisfaction of the client.”

Joe Nolan, UCL’s Estates Building Manager said: “With student experience and the creation of comfortable working environments being one of our key priorities, we are pleased to have already received reports that that the new windows have had a positive effect on the running of the department. Better insulation and waterproofing has led to a marked improvement in temperature regulation and draft reduction, resulting in significant decreases in energy use.

“Members of the teaching staff have also felt the benefits, with one Professor of Chemistry noting that he has largely kept the heating off in his office since January and no longer finds it affected by the dust and pollution of central London.”

The new windows are internally serviceable, with self-cleaning solar glass which will reduce the need for regular and reactive maintenance, ensuring aesthetic and environmental standards, inside and out.

Picture: Argent and BAM's Kings Cross Central development is so large that it has its own postcode - Click Here

Hidden Data And The Occupant Experience

Honeywell's Dan Ritch believes accessing the hidden data in your building can help you create a better occupant experience. Whether your building is classed as...