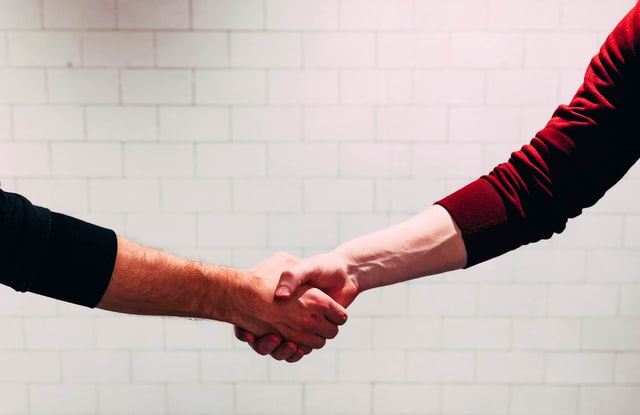 ISS and NG Bailey are amongst the organisations that welcomed new appointments this April.

Here are some of the latest staff changes within facilities management and the wider built environment sector: 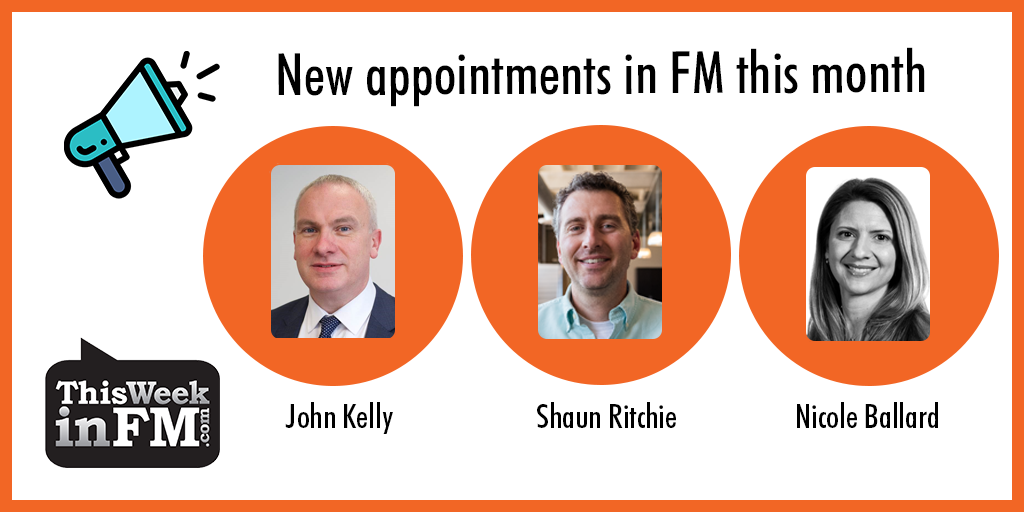 John has enjoyed a long and successful career in the engineering sector and joins the business from Imtech UK & Ireland where he also held the role of Group Commercial Director.

Speaking about his new role, he said: “NG Bailey is leader in its sector with a fantastic heritage and an exciting future ahead. I’m delighted to join the company as it celebrates its centenary year and support its continued growth and development.”

ISS has hired Nicole Ballard, who will be responsible for driving growth in the firm’s Pharma & Life Sciences and Industry and Manufacturing segments.

Ballard joined the ISS Group Commercial team on April 19, 2021, as a strategic partner to the global and country-based Commercial teams as ISS works to add to its portfolio of clients. She brings an extensive record of developing solutions for clients and is based in the United States (Nashville, Tennessee), making her a key resource and subject matter expert for her ISS North America colleagues.

Before joining ISS, Ballard spent 11 years with JLL, most recently as Commercial Executive responsible for special commercial projects. She led the startup of a division in the life sciences practice that specialized in the research and development community. She also previously worked as a facilities management consultant.

Chargifi, the hybrid workplace specialist, has welcomed former WeWork executive Shaun Ritchie as a board advisor to further drive adoption of its new hybrid-working software platform.

After co-founding the workplace experience platform Teem in 2013, Ritchie oversaw the company’s growth as it became a market-leader, and helped establish this new category of enterprise software. The company was acquired by flexible workplace disruptor WeWork, in 2018.

During his tenure as Chief Workplace Experience Officer at WeWork, Ritchie helped to further define the modern vision of flexible, people-focused work patterns and spaces.

Ritchie commented: “Our working patterns and locations have been evolving for some time now. By taking an employee-first, rather than space-first, perspective, Chargifi is at the forefront of tech that supports the emergent hybrid working model. Productivity and wellbeing increasingly hinges on successfully navigating and managing the balance between home and office working.”

Waterman Group Plc, one of the UK’s leading engineering and environmental consulting firm, has confirmed the appointment of a new leadership team for their Building Services operation.

Mark Terndrup, who has overseen the London region for 14 years and is well respected in the commercial office sector, steps up as MD for South. Terndrup is known for taking a lead role in many of the company’s prestigious multidisciplinary projects such as One Angel Court, Clarges, Fen Court and The Esplanade Quarter, Jersey.

Jonathan Purcell, previously in charge of the Nottingham office covering the Midlands, takes the role as MD of North. Purcell champions wellbeing principles combined with low carbon solutions and he is most known for his award-winning design of the RIBA Sterling Prize winning Everyman Theatre in Liverpool. He also designed the NTU’s world-beating facility, the Confetti Institute of Creative Technologies’.

Steven Halmshaw, Director of Building Services in Leeds, is known for his presence and experience in the public sector with an extensive portfolio covering the North, joins the leadership team as Board Director for Waterman Building Services. He has also led major multidisciplinary projects in the North across the retail, leisure sectors and energy to waste sectors championing modern methods of construction.

Nick Taylor, Waterman’s Chief Executive, said: “Mark, Jonathan, and Steven have been instrumental in successfully leading Waterman Building Services in the UK for several years. Their collaborative leadership and approach to clients have gone from strength to strength and been essential through the ups and downs of economic uncertainty. They will continue to remain hands-on at project level and work closely with clients as they aim to raise our profile and expand our portfolio throughout the UK.”

Cloudfm is gearing up for growth with a seven-figure investment in new technology and enhancements to the management team.

The technology-led facilities management company has appointed Terry Mills as technical solutions director. He joins the business following a 15-year career with ISS, where he was group vice president and responsible for enterprise and corporate development.

Mills' key focus was to develop multi-country FM solutions for leading global brands. His role in ISS Group saw him take the lead role in business development and operational transformation for the majority of ISS global corporate clients with revenues over £1 billion per annum.

Picture: a photograph of Terry Mills

He will lead a team at Cloudfm to connect the company’s advanced AI-powered technology platforms to clients all over Europe, offering a predictive solution across their assets.

Commenting on his new role, Terry Mills said: “The team at Cloudfm are addressing the big issues in the facilities management industry head-on, and I am extremely excited to become part of such a forward-looking organisation that will help our clients leapfrog a decade in advancement and open up opportunities for efficiency and net-zero, never previously thought possible. I have been very impressed and inspired by the passion demonstrated by the Cloudfm management team and their relentless drive to achieve customer excellence.”

Picture: a photograph of two people engaged in a handshake

Following the projection for data centre take-up in Europe to rise by 21 per cent in 2021, JLL has hired an industry expert to its growing EMEA data...

Cloudfm has made two key appointments to its senior team, appointing a new CFO and Business Development Director. Haydn Mursell, an experienced CFO, joins the group as...

NG Bailey’s IT Services business has secured contracts worth more than £10 million to support Fujitsu in delivering a range of services for the Ministry...