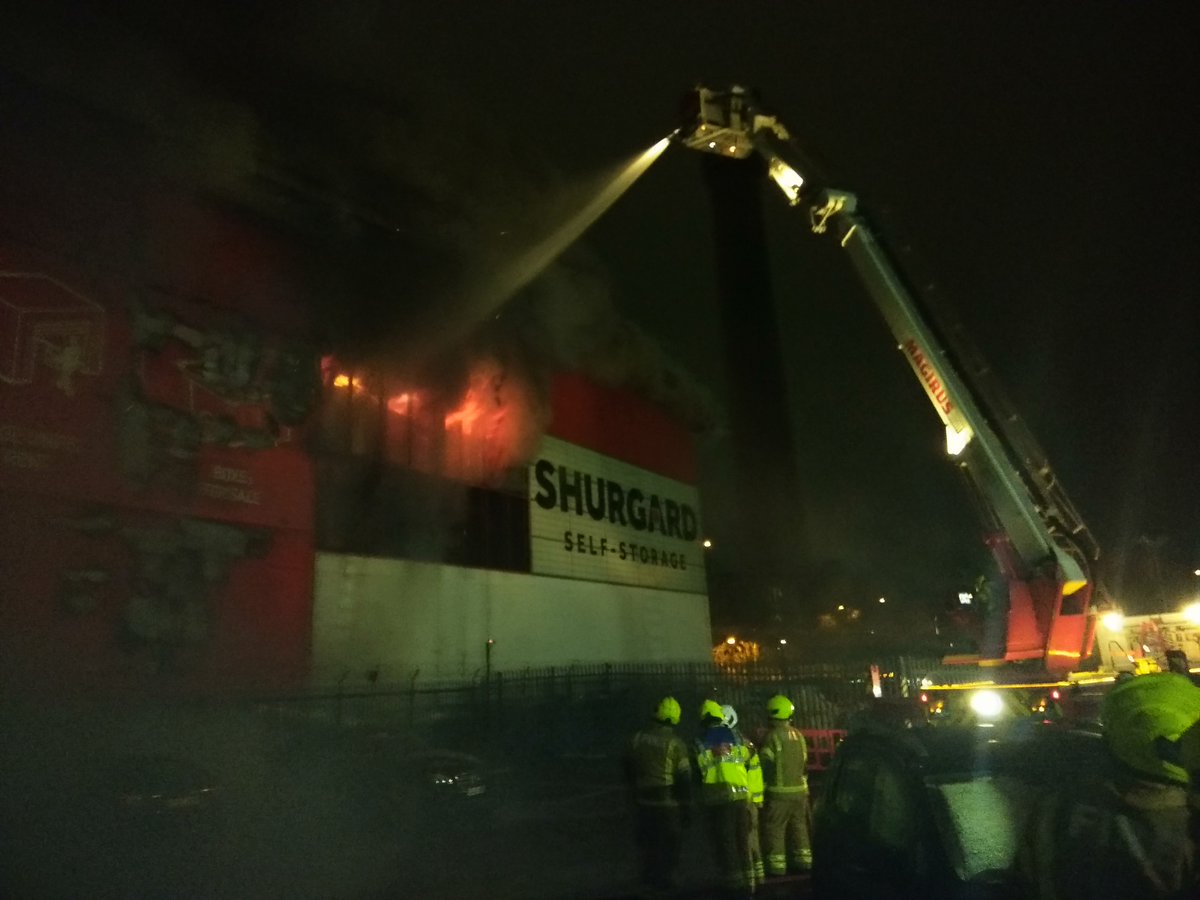 January 2 saw firefighters remain at the scene of a massive warehouse blaze which broke out on New Year's Eve at a Shurguard self-storage depot in Croydon, Surrey.

Six fire engines and around 40 firefighters were left to tackle hotspots and deep seated pockets. They were expected to stay in attendance for the whole day at the facility on Purley Way.

At the height of the fire, the whole of the four storey building was alight and 20 fire engines and around 125 firefighters were at the scene.

Graham Ellis, Assistant Commissioner from the London Fire Brigade (Croydon is considered a London suburb) said: "This was a significant fire at a self-storage warehouse with a large amount of fire loading inside the property which made it a very challenging incident.

“As you can imagine, self-storage units are generally full of items like furniture which, when packed tightly, provide a lot of materials to burn and so these sorts of incidents tend to create large fires that burn hard for a long time, creating a lot of smoke.

"That said, firefighters have worked hard to ensure that while the fire is burning, it is contained and won’t spread to nearby buildings."

The fire could be seen from miles around and smoke drifted over a large area - there were still significant traces in the early hours of Jan 2.

Assistant Commissioner Ellis continued: "While firefighters remain at the scene, we would continue to urge locals in the area to keep windows and doors shut.

“Self-storage units are technically very difficult fires to manage as it’s difficult to know what is being stored which is another reason why we have fire appliances in the area. This is causing a lot of disruption to local roads. We are working very closely with the police, TFL and local businesses to ease the congestion."

Shurguard did not release a conventional statement - the company preferring to to use social media (Facebook) to send a message to customers: 'Following the devastating fire at our Croydon Purley Way location on December 31, we are reaching out to each of our individual customers – as promised. Our thoughts are with all those affected by this tragic event and we remain committed to keeping all our customers up to date'.

There were no reports of anyone inside the property at the time of the fire and there were no injuries. The Brigade was called at 7:47pm on December 31 and the fire was under control at 5:56 on January 1. The cause of the fire is not known at this stage.

Picture with thanks to @LondonFire: A blaze at a storage facility on New Year's Eve was so great that pockets of fire continued to burn on January 2.

With thanks to @Jpaw21Jnr - the blaze getting underway

60 firefighters tackled a fire at a bus depot on Farnborough Hill in Orpington in the early hours of November 22 morning. At the height of the blaze, eleven buses were...

A fire is believed to have been caused by sunlight reflecting off mirrors onto a combustible item, possibly window blinds. Six fire engines and 35 firefighters and...