PTSG - No Slowing Down 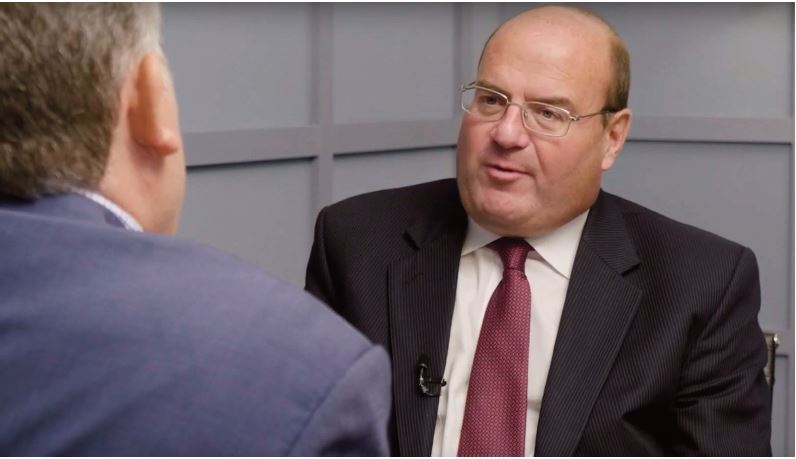 When it was announced in July that Premier Technical Services Group (PTSG) had recommended to shareholders a cash offer from the Macquarie Group’s Ltd.’s Principal Finance business (Macquarie) for its acquisition for more than £300 million, some questions were asked about the company’s future.

Paul Teasdale, says the move, which has seen the UK’s leading provider of specialist services to the construction and facilities management sectors delisted from the London Stock Exchange, will re-energise what is already seen as one of the most fast paced and forward thing supply chain partners in its sphere of work.

Teasdale describes the move as the biggest landmark in PTSG’s history, as he and his brother look to take the company from a deal value of £320 million to £1 billion market capitalisation in five years.

As part of that commitment Teasdale and other members of his leadership team have reinvested heavily back into the company which provides façade access and fall arrest equipment services, lightning protection and electrical testing, specialist building access and fire solutions.

“PTSG is now in a stronger position than ever before and we can all approach the future with even greater confidence,” said Teasdale, who remains deeply passionate about a business that he has driven from a standing start in 2007.

“The deal has unlocked almost limitless potential and in-keeping with our unique business model, which has so far yielded great success, it gives us the opportunity to take PTSG to the next level.

“We have a tremendous team, with some of the best and most experienced specialists in the business. Having brokered a deal with one of the world’s largest investors, we can continue to pursue a greater share of the markets in which we operate and leave our customers in no doubt that PTSG is the go-to name for specialist services.”

Shareholders voted in favour of the takeover in late July 2019. The process has been overseen by The Panel on Takeovers and Mergers in the UK and was fully sanctioned in court.

The acquisition is the culmination of 12 years of continuous growth for the group since its founding year of 2007, when Pau Teasdalel, along with long-time business partner and PTSG Chairman, John Foley, pinpointed a need among building owners and managers for a single provider of multiple high-quality niche specialist services and products.

Paul Teasdale said: “Scalability is rooted in our proven business model. Our acquisition of companies that add value to the PTSG portfolio has enabled us to not only widen our geographical market presence but to enhance our ability to cross-sell new services to customers and business prospects. This has helped consolidate growth and is the key to unlimited further growth.

“The period between January 2018 and January 2019 saw the group effectively double in size, going from 640 staff at 17 offices to 1,200 staff working at 31 locations around the UK. This means our engineers can be mobilised to virtually any job at a moment’s notice."

“This highly strategic and innovative approach is changing the way organisations work with specialist services providers such as PTSG. Its approach to safety is another area in which PTSG is influential in the industry. Much of our work is safety critical, often performed at height, which is why we never compromise – if a task can’t be completed safely, we won’t do it.”

The company currently has 20,000 customers and is responsible for servicing 200,000 buildings across the UK and overseas. PTSG’s four business divisions operate independently but can also combine to fulfil customers’ complete specialist services requirements.

A contract renewal rate over 88% speaks of the satisfaction amongst customers across industries.

Teasdale said: “We have been on an incredible journey so far with PTSG and we look forward to taking the business to a new level with the support of the Macquarie’s Principal Finance team.

“With access to the capital and expertise brought by the Macquarie platform, we are positioned to capitalise on the strong opportunities we see in health and safety testing and compliance.”

PTSG is a working-at-height specialist and from day one has taken an uncompromising approach to the safety of its workers and all those who come into contact with the buildings it works on. PTSG has achieved eight RoSPA Golds, one of only a select number of organisations to be awarded a prestigious gold medal for the last three years in a row.

As for Macquarie, the company has had a presence in the UK for 30 years, opening its London headquarters in 1989. Today, Macquarie is one of the largest investors in the UK, having invested and arranged more than £40 billion in infrastructure projects since 2005. Since 2009 Macquarie’s Principal Finance team has provided financing and investment capital on a flexible and bespoke basis for over 500 companies, deploying over £22 billion globally.

Adam Joseph, Senior Managing Director for Macquarie Principal Finance, said: “We are delighted to have completed this transaction, which continues our track record of investing in high quality, resilient businesses with substantial recurring revenue characteristics. From carve-out transactions to minority partnership capital or public-to-privates, we seek out opportunities involving situational or transactional complexity, allowing us to back great businesses at fair prices.

“We look forward to supporting the strong management team at PTSG to continue their success story. The growth and expansion of PTSG is of particular importance at this time given the strong social impact that the company makes in improving health and safety services for residents and employees who require a safe place to work and live.”

PTSG is a multi-award winning business and its pre-existing leadership and management team remains in place to play their part in driving the business forward.