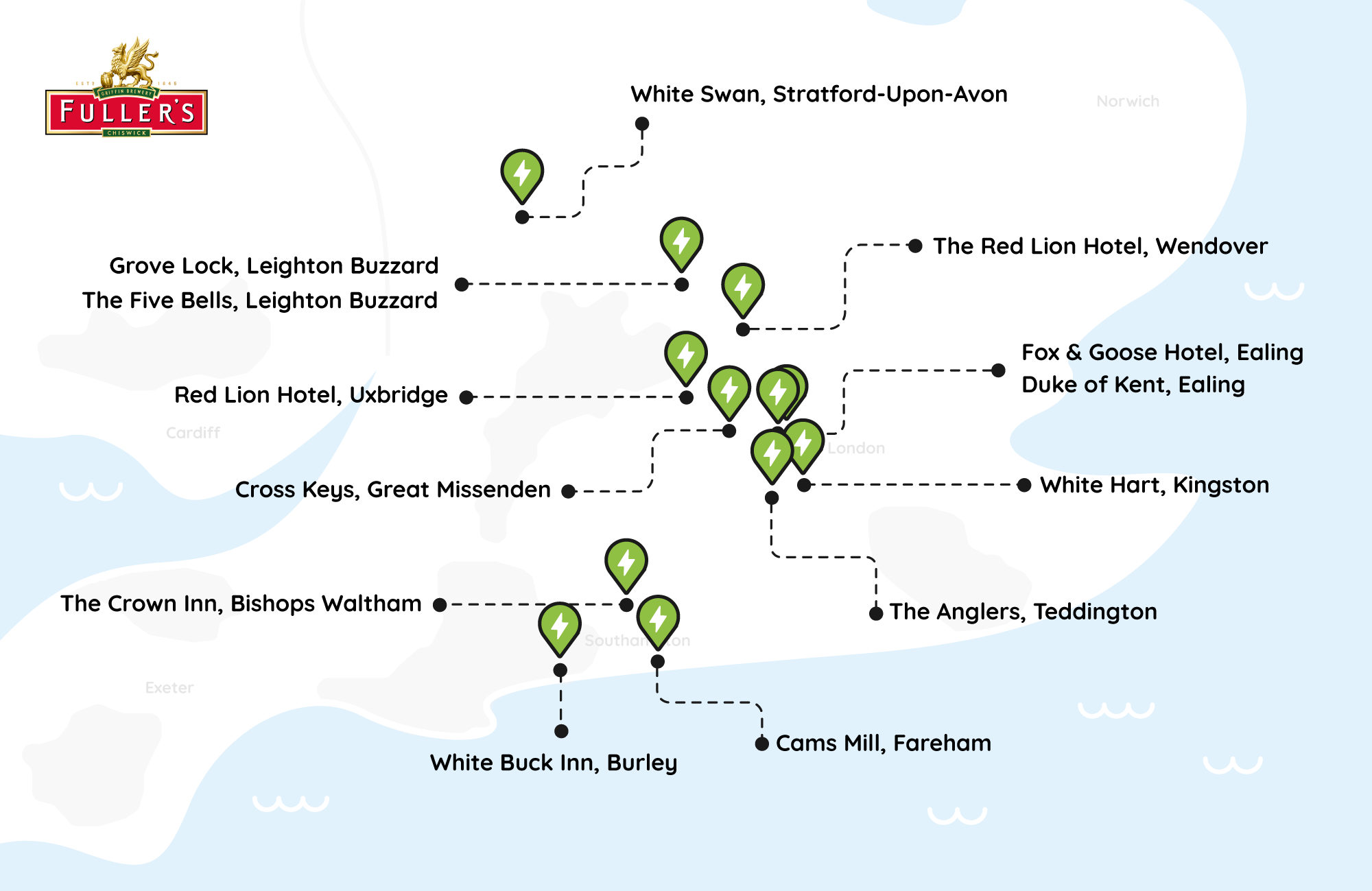 Fuller’s investment in electric vehicle (EV) charging makes this one of the largest rollouts in the hospitality sector and comes following three Fuller’s site installations. With the new chargepoints, which are free to both customers and staff, Fuller’s wanted to appeal to the rapidly growing number of EV drivers and further differentiate its venues from competitors.

Pod Point is also working with the pub company, which owns almost 400 managed and tenanted premises, to carry out a trial to monitor average daily mileage.  This data will help Fuller's identify which parts of its fleet could easily be switched to EVs.

Jonathon Swaine, Managing Director of Fuller's Inns, said: “We’re always looking to give our customers more reasons to visit our pubs and free charging will be a popular incentive.  We’ll rollout more pubs as the population of EV drivers rises.”

Erik Fairbairn, Pod Point CEO and Founder, added: “EV drivers will be saying cheers to Fuller's now that they can relax with a meal and a non-alcoholic drink while topping up their charge.  EV charging should be something drivers don’t have to worry about and having chargepoints available in locations where people spend an hour or more is hugely important in supporting our transition to EVs.”