Servator To The Four 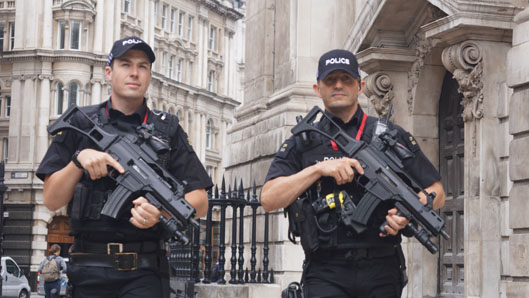 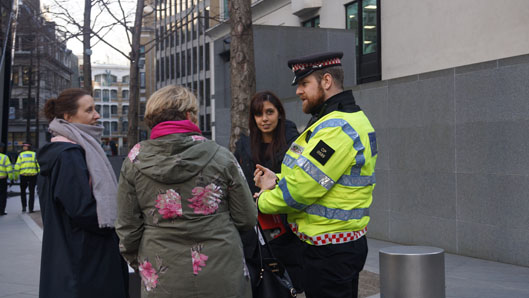 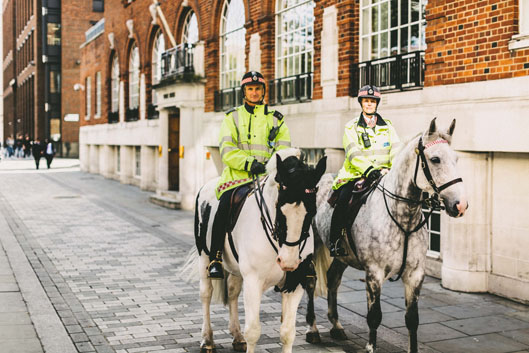 Project Servator, the City of London Police scheme to deter crime and reassure people on the streets has just turned four and is being rolled out nationwide to ensure the whole of the UK is a hostile place for terrorists and criminals.

In the past four years the City of London Police have made over 500 arrests as a result of Servator deployments. Project Servator aims to deter, detect and disrupt criminal and terrorist activity, while providing a reassuring police presence for the public and local community. It has been taking place in the City of London since 10 February 2014.

Servator deployments are made up of specially trained officers, police dogs, armed officers and police horses. Working together, they pop up across the City on unpredictable deployments to detect and deter criminal behaviour and identify criminal intent. The effect is one of an uninviting environment for potential terrorists considering the City as target and individuals looking to commit crime within the Square Mile.

Plain clothes officers blend in with the crowd at busy places and iconic sites across the City while uniformed officers engage with the public to provide reassurance and raise awareness of the role the local community can play in preventing crime.

Since these tactics were first pioneered by the City of London Police four years ago, specially trained officers have conducted 938 searches leading to 547 arrests. A further 233 vehicles have been seized and 174 drug warnings handed out.

The team’s main purpose is to use their specialist skills in behavioural analysis to spot individuals looking to target the City for terrorism and wider crime, with the deployments leading to a real success in the number of arrests for drug dealing in the Square Mile. In the past four years, officers have made 150 arrests for drug dealing and seized quantities of amphetamine, LSD, cannabis, cocaine, MDMA and heroin.

Other offences officers have arrested people for include robbery and possession of offensive weapons.

Within the City, officers work closely with businesses and their security staff to develop a network of vigilance and raise awareness of how to report suspicious activity.