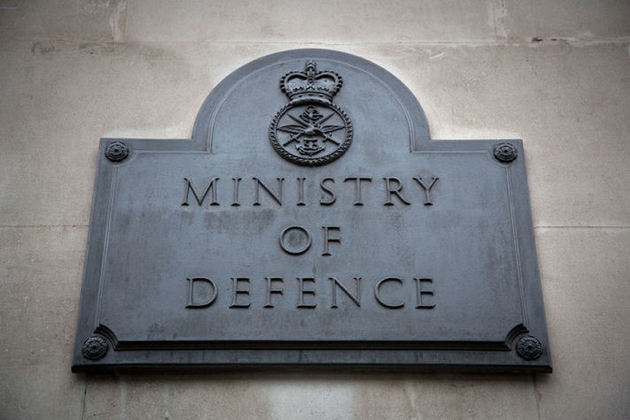 Health Not So Healthy

The UK health and education facilities management market has declined by 2% in 2017 - so says the ‘Facilities Management Outsourcing – Health & Education Sector Report – UK 2018-2022’ which has recently been published by AMA Research.

The report also states that over the last few years, the potential for growth in facilities management outsourcing within the healthcare and education sectors has been limited, largely due to factors such as political and economic uncertainty, cuts in public sector budgets and closure of a number of facilities.

Growth within the market for outsourced integrated services and TFM in health and education has therefore been on the modest side. In 2017, the market was estimated to be worth £3.2 billion – around 2% lower than in the previous year.

“The outlook for the FM outsourcing market within healthcare and education is considered moderately positive over the short to medium term, although growth within both sectors is likely to depend upon the prevailing political and economic situation. Government encouragement of greater private sector involvement is expected to continue, providing some optimism in the market,” said one of AMA's report authors.

Aramark has assumed full ownership of the CarillionAramark operating company which will continue to provide services to the Defence Infrastructure Organisation.

The arrangement is for the duration of the existing Hestia contracts in respect of the South East & London, Scotland & NI and North Regions.

The contract is fully mobilised and went live on 1 February 2018 but was not announced officially until week ending Feb 22. The contract was agreed remarkably quickly following a competitive tender arising from the liquidation of Carillion. Of the 350 ex-Carillion staff, over 260 permanent members have been TUPE'd across to Mitie.

The team will provide flexible, round the clock cover and Mitie is to implement its Connected Workspace technology in the terminal to utilise data analytics to track and understand passenger movements in the terminal.

The UK's busiest airport welcomes over 200,000 passengers every day and handles 1,300 flights in any 24-hour period. Opened in 2008, Terminal 5 is the main hub for British Airways boasting a floorspace of more than 360,000 square meters as well as more than 100 shops and restaurants.

Mitie now provides services to four of the top five airports in the UK.

Phil Bentley, CEO of Mitie said: "Working in partnership with Heathrow Airport, the team have worked incredibly hard to mobilise this contract in a short space of time, offering a seamless service for passengers, and job security to ex-Carillion colleagues during an uncertain time."

Energy firm Centrica has been awarded regionally for their healthy catering practices in partnership with its hospitality services provider BaxterStorey. The Healthy Eating Awards encourage food businesses to provide healthier options to customers through the use of healthier catering practices, increasing fruit, vegetables, wholegrain carbohydrates and reducing saturated fat, sugar and salt.

Following rigorous assessments of the menus, cooking methods, ingredients used and marketing, Centrica’s England sites achieved the Gold accreditation for the Eat Out Eat Well Award from Trading Standards. Sites in Scotland achieved the Healthy Living Award from NHS Scotland. Their Cardiff site was awarded Gold for the Healthy Options award and Bord Gais in Dublin, Ireland received a Bronze Happy Heart at Work award from the Irish Heart Foundation, which is provided by Trading Standards for Buckinghamshire and Surrey.

Trinity College Dublin, with over 17,000 students, has given Sodexo a contract worth Euro 1 million a year.

Geraldine Ruane, CEO for Trinity said “Sodexo is our new catering partner providing a new café concept on campus and extending our food offerings to our students, staff and visitors.”

Sodexo’s contract includes a complete refurbishment of the Arts Building café, introducing a bespoke café concept – The Perch – which will refocus and refresh the space, putting in a new selection of new food offers and providing new seating to increase capacity

Sodexo will aim to make the space work harder, so that it becomes a social hub for students on campus and will work closely with local suppliers.

This first sector-neutral Bloomberg GEI follows the release of the Bloomberg Financial Services Gender-Equality Index (BFGEI), in 2017 including 52 financial firms, headquartered in 17 countries and regions. The 2018 GEI expands globally to represent 24 countries and to all sectors.

Dr. Anand who is Co-Chair of Sodexo Women’s International Forum for Talent (SWIFt), a committee of senior executives with the purpose of advocating for gender balance within the organisation, added: “While we are excited about our progress, we recognise that there is more to do and we cannot rest on our laurels.”

In 2017, Sodexo made a commitment to have 40 per cent of senior leadership made up of women by 2025. The company has 32 per cent of women in leadership positions currently.

Picture: Aramark has assumed full ownership of the CarillionAramark company and will continue working for Defence Infrastructure Organisation