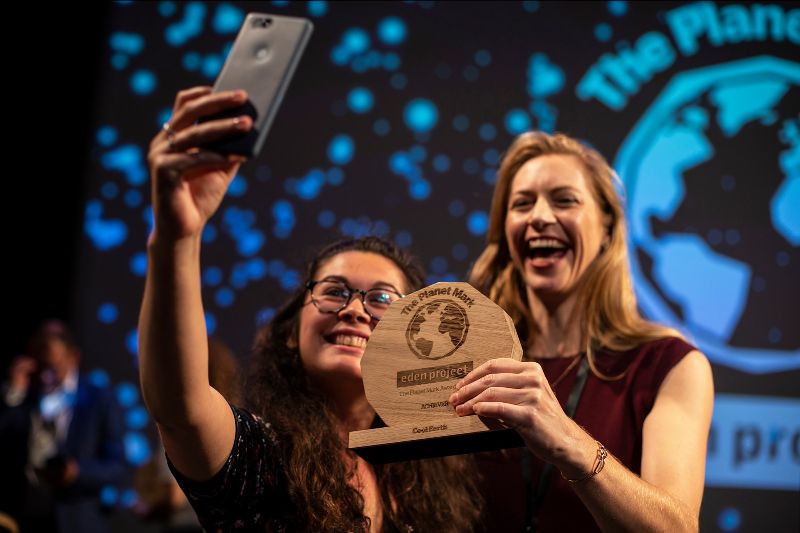 Like many other ceremonies, conferences and networking events this year, the Planet Mark Awards are being hosted online to deal with the logistical effects of Coronavirus. Celebrating in this way is however a very sustainable option, which is exactly the value that The Planet Mark are choosing to respect annually.

The Planet Mark Awards reward taking Corporate Social Responsibility in regards to our natural resources and environment – innovating in the necessary direction of sustainability. Through this, the organisation hope to encourage competition where it counts, securing success for the future.

Earlier this year The Planet Mark released their Home Worker Package to help those in the mass migration to this model of work, and to be sustainable in their new routines. A survey by Rovva found that many people have already felt the benefits of their altered working structure, and this guide aims to ensure that for more people and encourage an environmentally conscious footprint. It features a suite of best practice advice, from staying connected with each other and nature, to cutting carbon and maintaining your wellbeing while working remotely.

In their second year after beginning in 2018, The Planet Mark Founder Steve Malkin welcomed over 200 guests from across the UK to the sold-out ceremony at Sadlers Wells London.

One of the highlights of the evening included an inspiring speech from guest speaker Anna Ledgard, who said: “My role is to weave, often over years, the web of trusting relationships which make deep artistic collaboration possible."
"Engaging with senior managers & CEOs, negotiating with public institutions & private corporations, building new networks for communication and interaction."
“Me. We. Us. With any meaningful engagement for change we have to start with ourselves with the me.”

One of the big winners of the night was Commercial Group who took home Employee Engagement, Best Newcomer and Personal Achievement for their Managing Director Simone Hindmarch. The other individual award, Sustainability Influencer went to Adrian Shah-Cundy at VolkerWessels.

Prologis UK took home the top honours of the night winning Best Company, and have moved on to be the primary sponsor of The Planet Mark Awards 2020!

The event this time around will open with a special video followed by an introduction from Steve Malkin, adapting the tradition for the online audience. The presenters will walk you through the award ceremony and cut live to winners for their reactions.

In between the awards you’ll hear from some interesting speakers including:

Have a look at this year’s categories on our event listing and register to attend.

Picture: two people holding an award on the stage of a previous Planet Mark Awards ceremony

Six projects across the UK have this week received a share of £8 million in government funding, as part of a drive to create the world’s first net zero...

Grounds maintenance and landscape creation specialists, idverde, have secured a pioneering contract with Warwick District Council, which will see the authority’s...