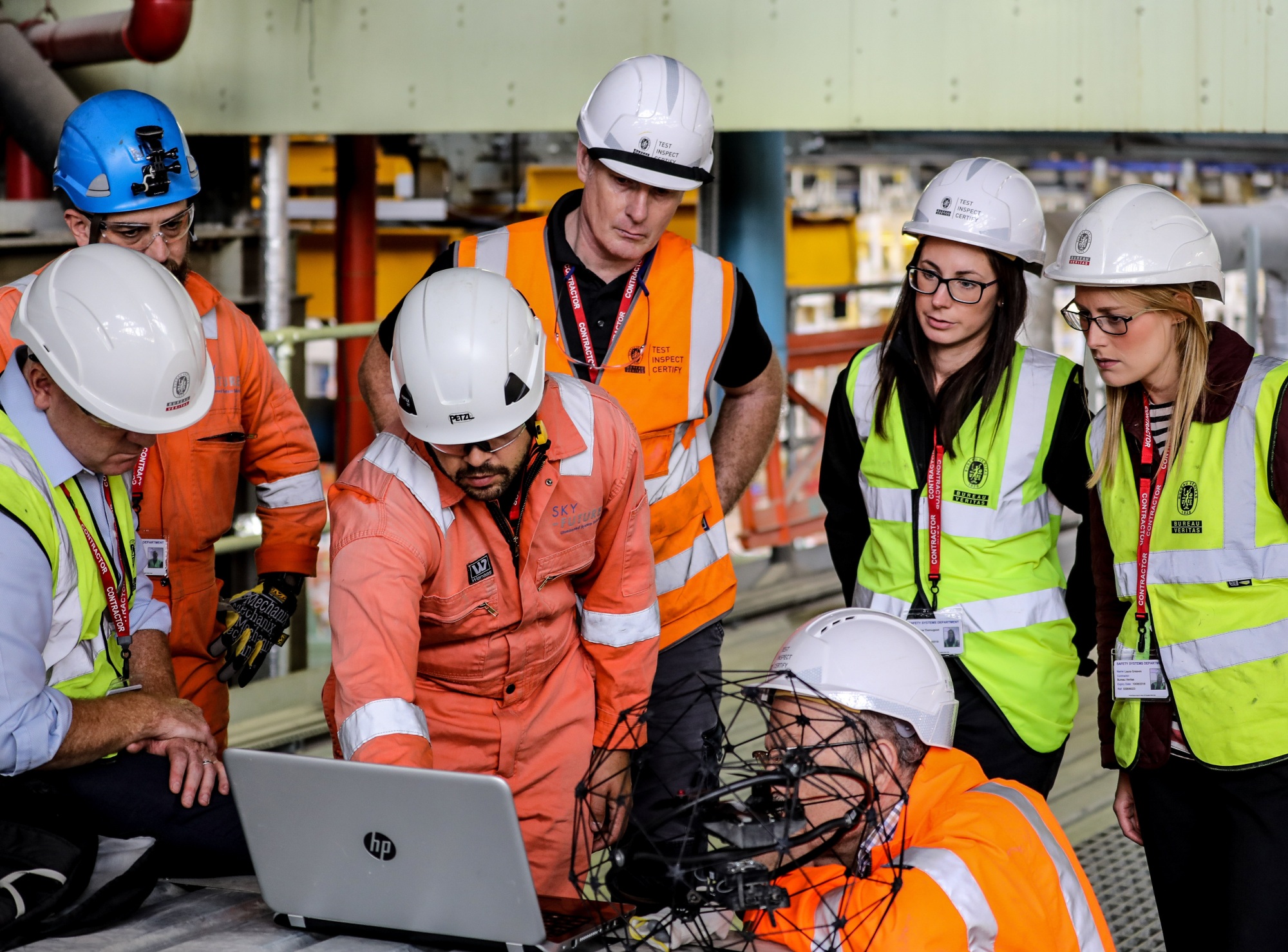 The Sky has become the limit as a new partnership looks to take inspection strategy to, quite literally, a whole new level.

Against the backdrop of an increased focus on health and safety in all commercial disciplines, Bureau Veritas and Sky-Futures have joined forces in a pioneering new partnership designed to take advantage of drone inspection technology.

This new approach, which is now available in the UK and Europe, can aid quality control, reducing the time taken on inspections by allowing hard to access areas to be inspected safely, quickly and cost effectively.

The end product is a total inspection solution that delivers a complete overview of a building’s infrastructure whilst meeting all relevant regulatory requirements, the two partners claim.

The partnership recently worked for a multinational customer operating a large manufacturing site in the UK whereby the key areas for inspection included the manufacturing line and the roof. While traditionally this would have involved the process of setting up scaffolding, using drones meant the roof could be examined quickly whilst inspections were taking place inside.

The result was that an inspection that would have typically taken many days and required production to shut down took less than one day of work and was completed in normal running conditions – meaning significantly reduced time and cost for the customer.

Rinnai‚Äôs Chris Goggin looks at some of the reasons why the UK media is favouring some energy vectors over others in the current era of transition to Decarbonisation and NetZero. Click Image To Read More

Rinnai Operations Director Chris Goggin comments: ‚ÄòRinnai welcomes the UK ‚ÄúHeat and Buildings Strategy,‚Äù as it outlines a route to a green industrial revolution that enables the delivery of a lower carbon future and achievement of NetZero targets. Click Image To Read More ...

The value of a regular programme of fa√ßade and window redecoration goes far beyond the very obvious aesthetic improvements it entails. Click Image To Read More