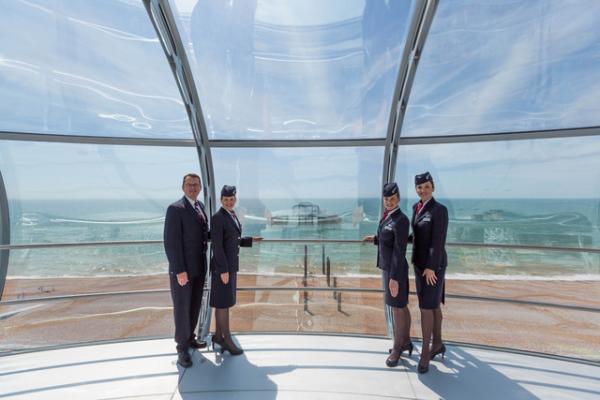 The World’s tallest moving observation tower opened to the public on August 4 - on Brighton seafront. It will be called the British Airways i360. British Airways sponsors a number of tall attractions - including the London Eye.

Fears of evacuation problems from such attractions were raised on Sunday July 31 when an 'emulating attraction' near the London Eye saw 19 passengers evacuated from stranded pods by 38 firefighters in a three-and-a-half hour rescue operation. See Story Here

Groups of up to 200 visitors will glide up gently to a height of 138 metres in a futuristic, fully enclosed, hand-crafted glass viewing pod, ten times the size of a London Eye capsule, to admire 360-degree views across Brighton, the South Downs and the south coast. While onboard the pod, visitors will also be able to enjoy a drink at the Nyetimber Sky Bar. ‘Flights’ on the British Airways i360 will last 20 minutes during the day and 30 minutes after 6:00pm. Tickets cost from £13.50 for adults and from £6.75 for children, with under 4s free.

Twelve years in the making, British Airways i360 is the brainchild of David Marks and Julia Barfield of Marks Barfield Architects, best known as the practice that conceived and designed the London Eye. David Marks, who is the i360 Chairman said: "Built at the landward end of Brighton's historic West Pier, British Airways i360 is a modern day ‘ vertical pier’ that gives a new perspective on the city. Just as the West Pier invited Victorian society to 'walk on water', we're inviting visitors to walk on air."

The i360 has been constructed from materials sourced from nine different countries. The steel tower is from the Netherlands, the glass from Italy and the tower dampers have flown more than 9,000 miles from Australia.

Another not for the faint-hearted glass bridge has opened (Aug 1) in China's Hunan province atop the Tianmen Mountain this time. The Zhangjiajie scenic area where the mountain sits, already has two dramatic glass bridges - one suspended 430 metres above a 300 metre deep valley. 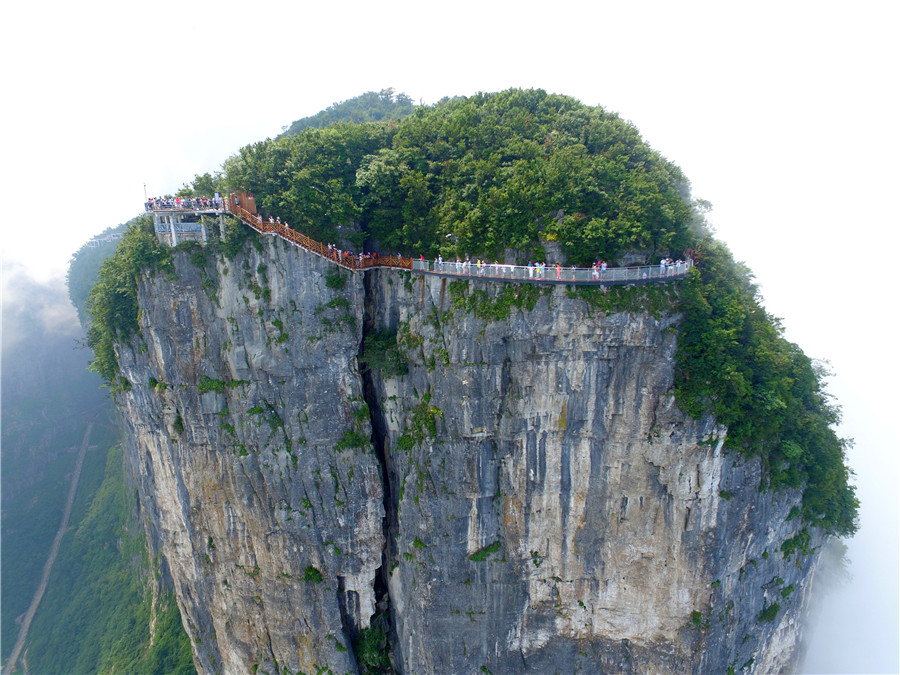 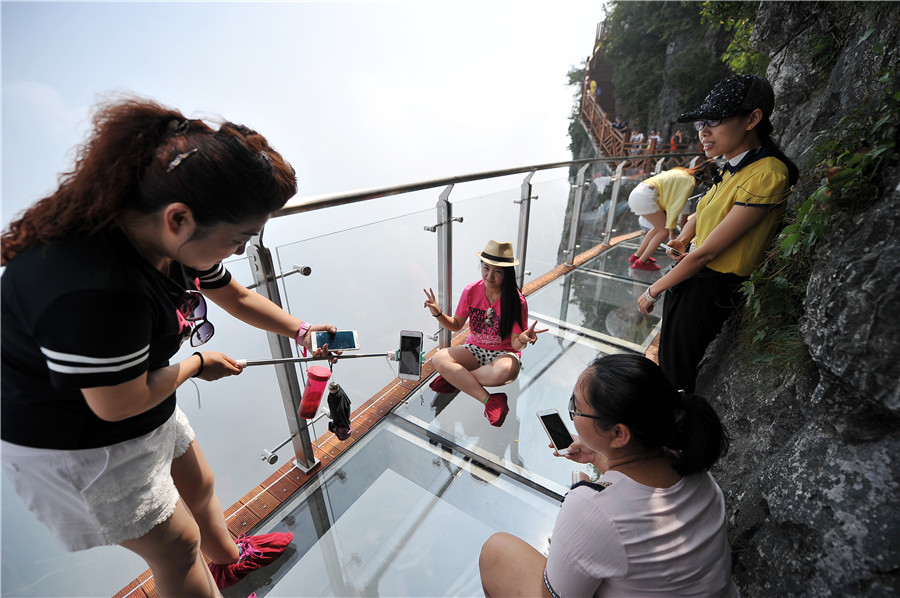 Picture: Main shot - the British Airways i360 in Brighton and above, the glass bridge on the Tianmen Mountain