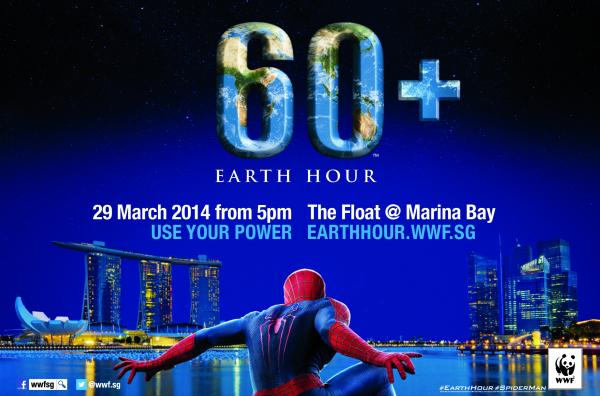 Earth Hour which began originally in Sydney, Australia in 2007, is meant to be a symbolic and spectacular display for everyone to show they care about climate change but it has been both applauded for its inspiration and criticised for being nothing more than an ineffective feel-good event.

A record 162 countries took part in Earth Hour 2014, showing a reportedly phenomenal amount of support came from the UK, to Australia, Uruguay and Russia. Last year iconic landmarks including Big Ben, Sydney Harbour Bridge and Opera House and the Eiffel Tower, were all plunged into darkness as part of the global event. In the UK 85% of adults that participated in Earth Hour said that taking part ‘inspired’ them to do more to protect the planet.

As far as the UK is concerned, some of the country’s best known businesses and organisations are supporting Earth Hour and over 100,000 employees across the UK are expected to take part.

One example is FM company, Mitie which has pledged to turn off all non-essential lights off in 22 of its sites across the UK and is encouraging its clients and staff to join them. Clients taking part include the Scottish government and Lloyd’s Banking Group who will switch off its lights across 14 of its largest sites.

“We’re thrilled that Mitie will be taking part in Earth Hour this year and hope that they’ll inspire many others to get involved,” stated Shareen Brown, Spokesperson, WWF-UK. “By taking one simple step to switch off, you’ll be joining millions of people from around the world in this special celebration.”

Meanwhile, one Danish think tank has been particularly scathing about the value of Earth Hour. “While more than a billion people participate by shutting off their lights for an hour – and saving at most the equivalent of China halting its CO emissions for fewer than four minutes – 1.3 billion people across the developing world will continue to live without electricity as they do every other night of the year,” stated Bjorn Lomborg, President, Copenhagen Consensus Center. “Almost 3 billion people still burn dung, twigs and other traditional fuels indoors to cook and keep warm. These fuels give off noxious fumes that are linked to 4.3 million deaths each year, mostly women and children.”

Picture:    Earth Hour begins and ends tomorrow and is being championed as bringing home the need to be aware of energy consumption on a global basis.

BSRIA has expressed its concern over the new Secretary of State for Energy & Climate Change’s debut speech. Along with a number of organisations and trade...