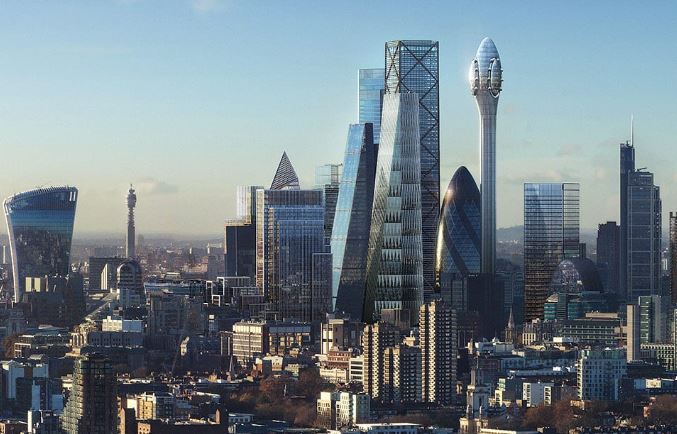 Sadiq Khan has damned Foster+ Partners' The Tulip project to the rejection pile after sanctioning yet another expansion at the Queen Elizabeth Olympic Park and giving his blessing to the knocking down of the Kensington Forum in West London.

Mayor Khan is in receipt of a letter from the London Review Panel which condemned The Tulip for not being 'a world class tall building, justifying its height and prominence on the skyline of London'.

The discussion by Mayor’s Design Advocates' panel  revolved around that 'world class tall building' issue. The panel ultimately did not feel  The Tulip met the test.

The panel did however say the project would clearly have had value in drawing visitors to a predominantly business district, including school children using the educational facilities. The panel also recognised the legitimacy of a tall building primarily designed to provide spectacular views of the city.

The panel was also cutting in its approved remarks about the quality of the architecture - 'the pavilion and base of the tower would do little to enhance the quality of the streets around them. The tower shaft in textured concrete is a ‘mute’ architectural element. The viewing platform levels have been designed to maximise views out, with extensive glazing. A potentially unintended consequence of this design is to create the appearance of a surveillance tower, particularly in views from Whitechapel Road' were just some of the written views expressed.

The panel also felt that a building of this size and impact should be carbon neutral; and that the education strategy should be more ambitious.

One final nail in The Tulip's coffin was that the design did not incorporate enough new cycle parking facilities.

The Tulip had originally gained City of London Corporation approval in April 2019 and would have been erected in close proximity to the Gherkin (20 Bury Street).

Meanwhile, Mayor Khan has given his blessing to Queensgate Investments and Rockwell to knock down the Kensington Forum and turn it in to a new hotel, serviced apartment and conference scheme. The proposals will replace the existing 27 floors, 906 room hotel.

Mayor Khan originally put the planning decision out his Deputy Mayor but eventually took control of the decision personally.

Khan was also keen to get himself on camera on July 5 when he took a shovel and posed as the ground was broken to mark the start of construction on East Bank which is being described by the Mayor's office as 'the country’s new powerhouse of culture, education, innovation and growth'.

Work has now begun at the new UCL East and Stratford Waterfront sites at Queen Elizabeth Olympic Park, which will become the largest culture and education project for a generation. It brings together a new campus for UCL (University College London), BBC recording studios, campus for UAL’s London College of Fashion, a mid-scale dance theatre for Sadler’s Wells, and two new V&A sites – a museum at Stratford Waterfront including a partnership with the Smithsonian Institution and a collection and research centre at Here East. The project is billed as 'the most significant single investment in London’s culture since the legacy of the 1851 Great Exhibition'.

The scheme is spread across three sites and will be at the heart of a growing East London cluster of commerce, technology, manufacture, retail, education, culture and the creative industries. It will provide skills and jobs for local people, delivering 2,500 jobs and a £1.5 billion boost to the economy.

The £1.1 billionn scheme is receiving £385 million funding from the Mayor of London and £151 million in funding from the Government. Work will be completed in phases with Sadler’s Wells, UCL and UAL’s London College of Fashion opening their buildings first in 2022, and then BBC and the V&A (including its partnership with the Smithsonian Institution) in 2023, along with UCL’s second building on their UCL East campus.

Picture: The Tulip project has wilted in the hands of the London Review/Design Advocates' panel.