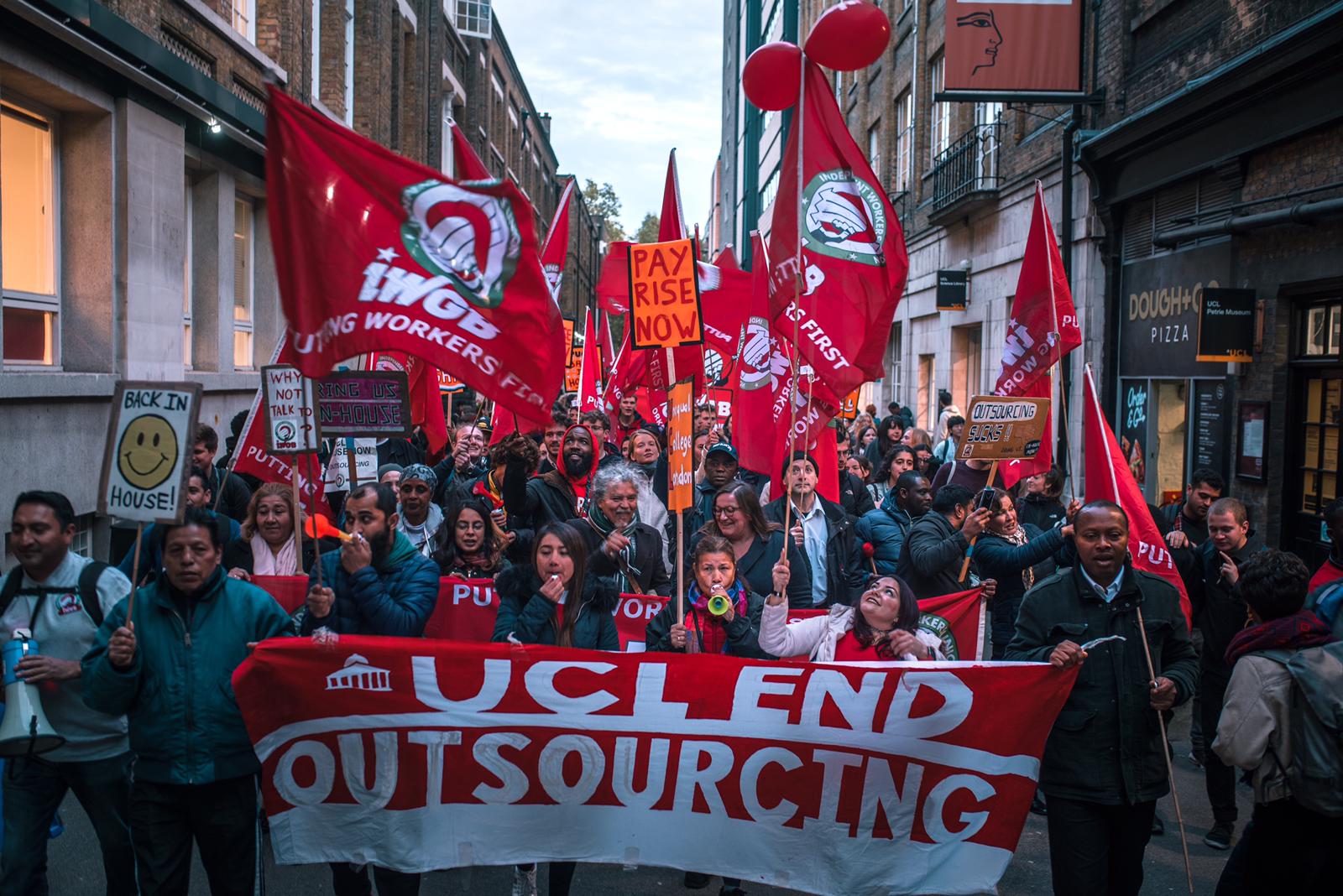 It all kicked off on Thursday November 7 as RMT (Rail, Maritime & Transport) union members demonstrated in Liverpool, (outside Merseyrail, Rail House from 4:45pm until 6:00pm) calling for Real Living Wage terms for Mitie employed Merseyrail Cleaners.

An RMT activists said: "Mitie paid nearly £49 million to its shareholders in the last five years and Merseyrail's latest profit was £16 million. Just £70,000 would fund the Real Living Wage."

RMT General Secretary Mick Cash said: “RMT’s campaign demanding a Real Living Wage for Mitie Cleaners is gaining momentum with political and public support continuing to roll in. We are determined to fight for pay and workplace justice, it is time for Mitie and Merseyrail to end this disgraceful exploitation. It is a scandal that the staff doing some of the dirtiest work in the rail industry at all hours of the night and day are struggling to make ends meet."

The RMT is also active on the London Underground (LU) and has confirmed that a strike vote involving cleaners has commenced.

The cleaning staff are employed by private contractors ABM. They have been fighting for parity with their LU colleagues on a number of fronts including pensions, sick pay and travel. The RMT claims that the ABM cleaning workforce are being discriminated against when compared to their colleagues and that London's Mayor, Sadiq Khan (who has responsibility for Transport for London) should bring an end the 'two-tier workforce' situation.

The ballot runs until Tuesday November 19.

Mick Cash said: “Two thousand cleaners employed by ABM, clean up the human waste, vomit and other detritus and are instrumental in keeping London moving. They do some of the dirtiest jobs round the clock right across the tube network and without their rapid response and continuing efforts services would be seriously compromised. They should not be subject to this outrageous workplace discrimination."

An ABM UK spokesperson commented: "Our colleagues are the best in the business and play a vital role in keeping the London Underground clean, all year round. For that reason, we are pleased to offer a pay and benefits package that compares favourably to the average for the cleaning profession in the UK.

"We are disappointed that the RMT is balloting its members for strike action. A strike threatens unnecessary disruption and delay for the millions of customers that rely on the Tube every day."

Hundreds of cleaners, porters and security officers are expected to strike on November 19 as part of the Independent Workers of Great Britain union's campaign to end outsourcing and zero hour contracts at University College London.

Over 98% of the workers that voted in a ballot backed strike action. Outsourced workers want equal terms and conditions to directly employed staff.

IWGB University of London branch chair and former UCL cleaner Maritza Castillo Calle said: “Outsourcing forces us to work sick and injured, to work all our lives and still retire in poverty. For decades, UCL has treated its majority migrant and BAME outsourced workers like second class citizens, condemning them to a system of bullying and discrimination. By voting overwhelmingly in favour of strike action, UCL’s outsourced workers have sent the university a clear message. They will no longer stand for half measures and endless delays. They want equality and justice - and they want it now.”

The strike ballot specifically demands that the facilities management companies that manage the security and cleaning contracts, Axis and Sodexo, give the outsourced workers the same terms and conditions as UCL's direct employees.

A club known simply as 5 Hertford Street in London's Mayfair and frequented by Boris Johnson and an A-list of celebrities has seen its kitchen porters return a 100% yes vote for strike action on a 90% turnout demanding the Real Living Wage and occupational sick pay.

The porters are also IWGB members. The vote was taken on November 5.

Prior to the launch of the IWGB's campaign in May, the porters were only paid £8.65 per hour. The club's new contractors increased their pay to £9.00 per hour in June. They then saw an increase to £9.50 this month but that is still below the Real London Living Wage of £10.55 per hour set by the Living Wage foundation.

The porters were briefly transferred to new contractors, Act Clean, between June and September 2019. October saw them returned in-house.

The RMT has confirmed that a total of 27 days of strike action will take place in December on South Western Railway over the long-running Driver Controlled Operation dispute.