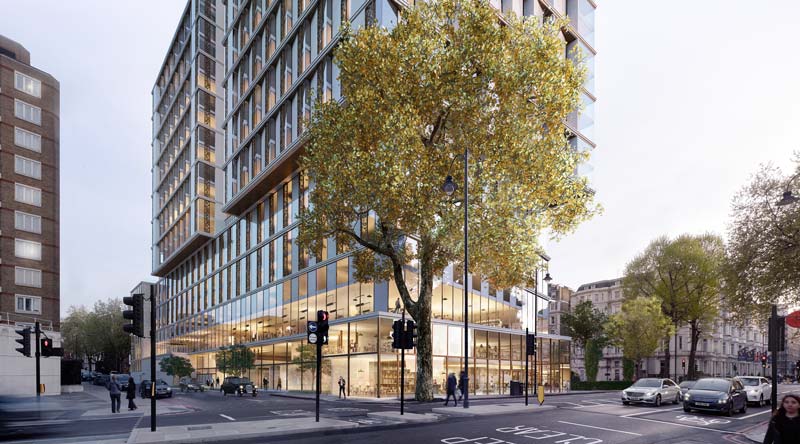 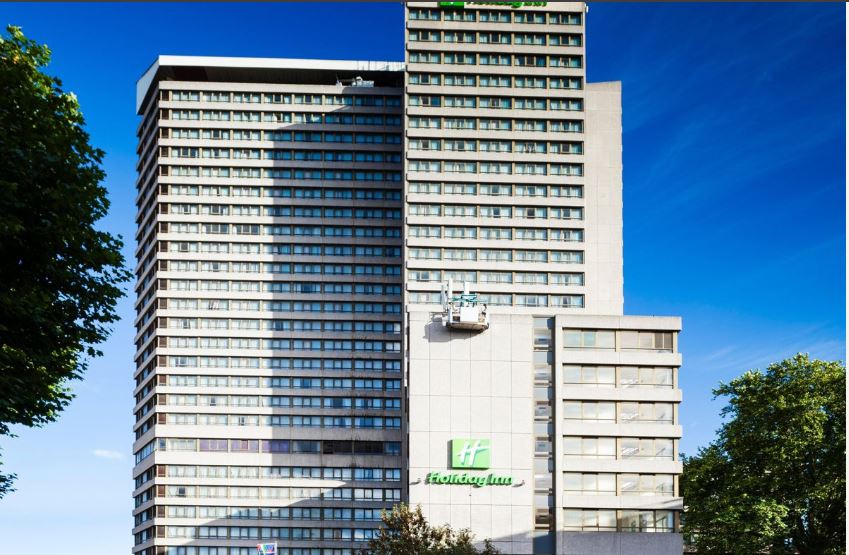 Queensgate Investments and Rockwell have been given the green light to knock down the Kensington Forum and turn it in to a new hotel, serviced apartment and conference scheme.

Designed by architects SimpsonHaugh, the proposals will replace the existing 27 floors, 906 room hotel, recognised as a local eyesore, with a development providing restaurants, bars, health spa and conference facilities.

Kensington Forum has got the nod by Mayor Khan because it promises substantial public benefits for both the local and wider community - it will create more than 800 employment opportunities and support these with £1.4 million of training initiatives.

The project will also accommodate 62 Social Rented homes, worth £90 million to the Royal Borough of Kensington and Chelsea. The original planning application allowed for one-third of this number.

Alongside the 749 room hotel will be a new, publicly accessible 2,700sq.m garden square which will be the only publicly accessible green space within 1km of the site. A further £2.8 million will be put towards public realm improvements to the area around Gloucester Road tube station.

Jason Kow, Chief Executive of Queensgate Investments, who own the Kensington Forum said: “Queensgate Investments is relieved that the Mayor has resolved to grant this opportunity to create one of London’s largest hotel and service apartment schemes, whilst also delivering for the needs of the local community and Londoners alike."

Picture: An artist's impression of the new Kensington Forum and an image of the current 'eyesore'.