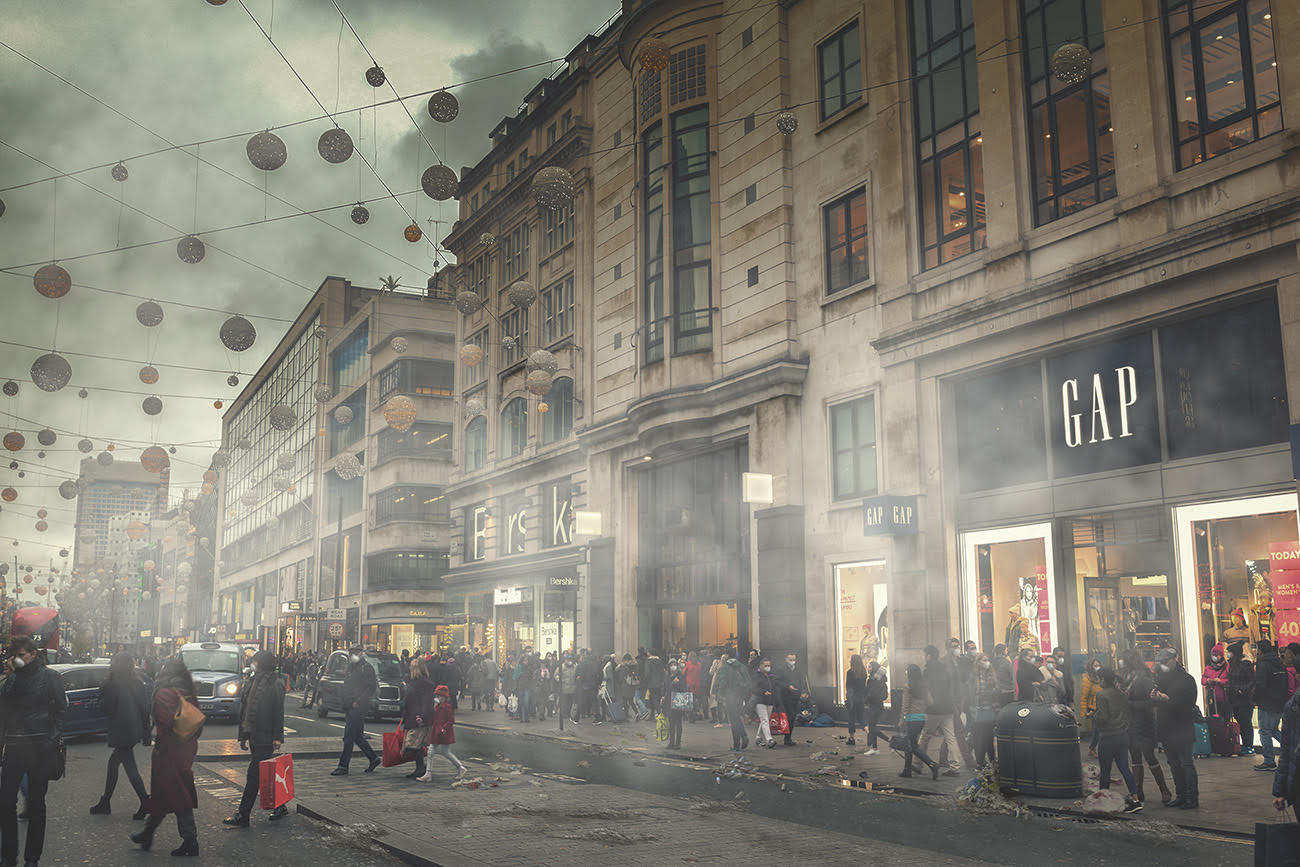 First Mile has released a new image to illustrate the reality of pollution in London. The harrowing depiction is of what London could look like if air quality is not taken seriously.

First Mile CEO Bruce Bratley said: "Those living in London need to wake up to the effects of air pollution, not just for our health but also for the infrastructure of London."

First Mile is a small business in London but is taking big action on air pollution - the firm has initiatives and schemes in place inline and ready for the Ultra Low Emission Zones coming into force in April.

Air pollution in the UK is blamed by various organisations for 40,000 early UK deaths a year - 9,000 in London. It has further been linked to a growing number of health conditions. Recent research has already confirmed that air pollution is harmful for those who are pregnant, increasing the risks of miscarriage and premature births. Data from Asthma UK has also found that Asthma attacks are also three times as common as previously thought, demonstrating the true impact of air pollution.

A large percentage of this pollution comes from traffic. The UK’s first Ultra Low Emissions Zone coming into play across London is an initiative to help tackle the problem and one that has been described as a public health emergency.

In central London, First Mile operate 150 zero emissions deliveries a day through their new electric vans and their first cargo-bike. They are on a mission to electrify their whole fleet, continuing to invest in their clean air fleet. Currently, their HGVs are 10 times cleaner today than they were a decade ago, as well as three times less polluting than the average black cab when it comes NOx and particulate matter.

The progressive operational business model from First Mile means they can deliver increased recycling rates at the same time as improving London’s air quality, both of which are outlined within Sadiq Khan’s Environmental strategy.

First Mile own London’s most central waste sorting depot, located in Park Royal. Being centrally located means they have reduced the amount of vehicles they have on the road at one time.

The impact First Mile are having can currently be seen around the Bond Street area (just off Oxford Street). Since they began a waste consolidation scheme on Bond Street in 2015, air pollution and congestion from waste vehicles have been drastically reduced. Encouraging businesses to sign-up to two preferred suppliers (First Mile and the local council) saw a reduction in the number of HGVs operating on Bond Street from 45 to 5, saving at least 25,214 grams of NOx, 345 grams of particulate matter and 45 tonnes of CO2 per year.

First Mile have optimised route optimisation programmes to determine the most fuel-efficient route for the collection and delivery vehicles. Additionally, all vehicles are fitted with telematics to deter heavy breaking, fast acceleration and idling, all of which reduce emissions.

Picture: The harrowing depiction is of what London could look like if air quality is not taken seriously.