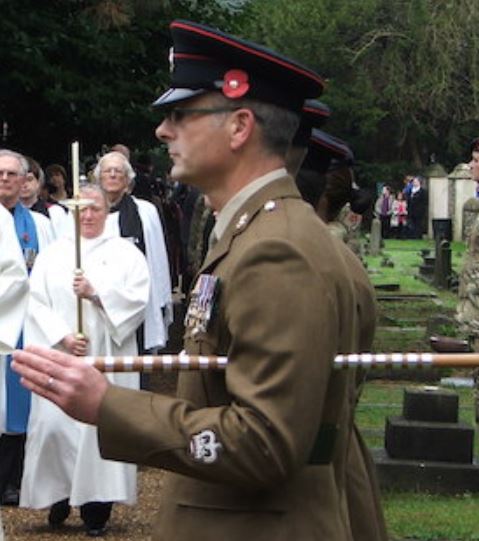 Facilities management offers so many more career opportunities to military personnel than simply working in security.

Tim Ives is Head of Indirect Procurement with ISS and came to this career path alongside his journey as an Army Reservist where he is a Geographic Technician. He describes his journey in the Forces and the benefits his military experience brings to ISS and the FM sector.

"The elements of my time in uniform which I have probably benefitted from in my work life are the hard-wired team spirit that I have where the team come first; a dogged determination to get the job done and finally leadership with understanding and compassion which hopefully comes with a bit of humour sometimes too!"

Bringing Military Experience to a Career in Procurement

ISS UK values the benefits bought to the organisation by people with diverse interests and experiences. Veterans, reservists, forces leavers and their spouses are no exception.

In 2012, Tim Ives joined ISS as a Procurement Specialist working in a team providing Operational Procurement Support. When Tim joined ISS he’d amassed over 20 years of experience as an Army Reservist, having originally joining the Territorial Army.

When ISS underwent a major centralisation strategy, he quickly progressed to management of the Governance team as Procurement Lead. Ives commented:

“We can make a difference – a signficant role in improving efficiency for ISS rather than bottom line. There are always challenges which bring out the best in most people. COVID-19 bought out the best in all of us; I led the ISS UK procurement support for the handling of COVID-19 and by January 2021, set up the newly formed Indirect Procurement category team and now lead them as Head of Indirect Procurement”.

Picture: a photograph of Tim Ives showing him in a suit and in military uniform

Honing Personal and professional capabilities as a Reservist

As a Reservist, Ives was a Geographic Technician. He provided geographic support to all three armed forces, from Geographic product supply logistics and training on geo products (such as maps and satellite imagery), through to creating bespoke geographic information for operations, briefings and to use in digital equipment. Ives described his role:

“It was a varied role, very much in demand and I worked with some technically brilliant minds. The most incredible aspect of my 28 years in the Army Reserve was spending three years as the Sergeant Major of the Reserve Squadron that formed part of 42 Engineer Regiment (Geographic). I feel honoured, and humbled to have had that opportunity.”

This experience enables ISS and its stakeholders to benefit from the personal and professional capabilities honed by service in the military. The ability to deal with varied challenges calmly and effectively is just one such trait.

“In procurement, some days it is challenging to bring an established business on a journey of change, but that is the task. We seek to support and present opportunities to internal and external customers; to improve and develop, and to ensure we support the client and our business to the best of our ability"

“The elements of my time in uniform which I have probably benefitted from in my work life are the hard-wired team spirit that I have where the team come first; a dogged determination to get the job done and finally leadership with understanding and compassion which hopefully comes with a bit of humour sometimes too!

"I would like to think that ISS benefits from these things but I think any employee would get that little something extra from someone who has been, or maybe still is, in the services."

Picture: a photograph of Tim Ives in military uniform during a Remembrance service