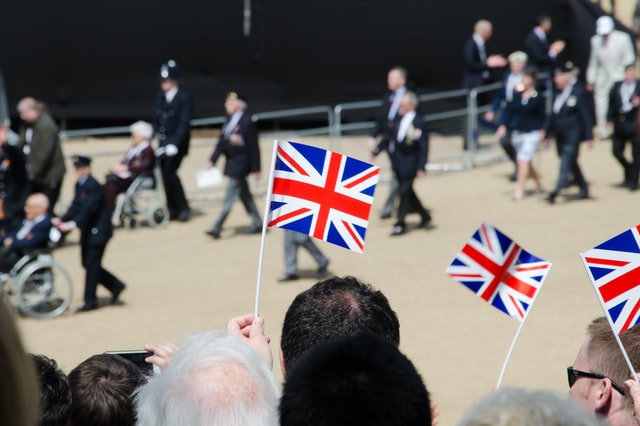 The facilities management industry has a unique opportunity to support armed forces veterans into the job market.

Workplace management has long been considered a natural fit for ex-service personnel, as it focuses on character traits such as discipline, determination and a high level of organisational aptitude.

But it can be hard to appreciate just how daunting the transition from armed forces to civilian life can be. Most armed forces veterans have tremendous skills that are directly transferable to the world of work. But after being outside of civilian life for so long, navigating the job market is a huge challenge, as ISS’s Ray Cooksley, a British army veteran, explains.

“Many people enter the forces at 16 and leave 18-22 years later, having worked in no other environment. The transition can be very disorienting and can leave you feeling lost and isolated. Often, you don’t know what jobs are out there or how to apply. You may not even know what you’d be good at or how your skills will transfer.”

“Many people enter the forces at 16 and leave 18-22 years later, having worked in no other environment. The transition can be very disorienting and can leave you feeling lost and isolated. Often, you don’t know what jobs are out there or how to apply. You may not even know what you’d be good at or how your skills will transfer.”

It’s this challenge that ISS UK’s JointForces@ISS programme is designed to overcome. Alongside his day job as IMS and Quality Manager at ISS UK, Ray runs the programme with a team of ISS volunteers. He’s keen to stress that JointForces@ISS isn’t about getting veterans into jobs at ISS; it’s about ISS helping veterans get into work, full-stop.

“A veteran is a fantastic asset to an employer,” he says. “Military personnel develop strong leadership and teamworking skills. They’re calm under pressure and very good at finding solutions. They also bring a perspective and training that other employees just don’t have. Of course, we’d love to have all the veterans we help join ISS – but the programme is about matching veterans to a job, whether that’s at ISS, with one of our customers, or somewhere else.”

The concept of the programme is fairly simple and covers five stages, from an open day to finding meaningful work. On the open days – either at an ISS office or online – veterans can learn about the programme and the company. If they’re interested in participating, they’re assigned a mentor, who guides them through the job-hunting process, being part of a mock interview, building CV’s and converting qualifications to identifying opportunities and writing applications.

So far, it’s proven extremely successful. The programme was established in 2017. To date, 391 veterans or their spouses have entered the programme. 322 of those have begun new careers, either at ISS or at one of our customers.

And it’s not just the veterans who benefit. ISS staff who volunteer as mentors also find the programme incredibly valuable.

“I get a huge sense of enjoyment and fulfilment from helping someone else,” says Zoe Moulson, an ISS UK Account Director and JointForces@ISS mentor. “Being a mentor makes me want to be the best version of myself. And when I give advice or challenge my mentees, it inspires me to take on new challenges myself.”

ISS Facility Services is holding an online event to introduce their Jointforces@ISS programme. The event is open to veterans, service leavers and spouses.

The session will cover the scope of ISS' global business and the different roles and opportunities that are available in the industry – from engineers and call centre handlers to receptionists and operations managers.

Picture: a photograph of a view of a veteran's event, showing people holding union jack flags

Facilities management offers so many more career opportunities to military personnel than simply working in security. Tim Ives is Head of Indirect Procurement with...