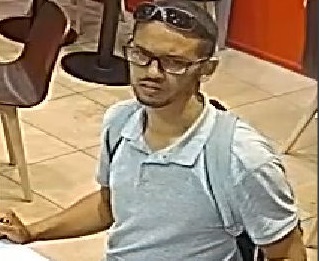 The last week or so has seen commercial property CCTV recordings handed to police with some effect in tracing suspects and requesting public assistance in tracking down criminals.

Two men eventually surrendered themselves to Nottinghamshire Constabulary on July 9 and 10 after a taxi was damaged during England football celebrations on Old Market Square, Nottingham, on Saturday July 7.

It was one of a number of incidents which happened in cities' following England’s World Cup quarter-final win over Sweden.

Inspector Phil Grimwade said: "A 27-year-old man handed himself in and was arrested on suspicion of criminal damage. He has been released on conditional bail.

"We appreciate the CCTV images are not of the best quality but we we’re hoping someone might be able to recognise three other men. Of the three, a 53-year old man handed himself in on Tuesday 10. We’re still appealing to the public to help us identify two other men - and pictures have been distributed."

Detectives released CCTV footage on Wednesday July 11 of an attempted murder as they appeal for witnesses to the shooting. The images come from the back of a domestic property - fortunately the camera was mis-positioned otherwise it would not have caught the incident.

Police were called at 8:40am on Monday, 14 May to reports of a shooting at the junction of Beverley Drive and Stag Lane in Brent. The victim, a 51-year old woman, told officers that she had left her home to make her way to work. At the traffic lights on Beverley Drive and Stag Lane the suspect approached the car and fired three times towards her vehicle. She was not injured.

The suspect then ran down the road before getting into an unknown vehicle, heading in the direction of Queensbury Station.

The suspect is described as a dark-skinned black man, approximately 5ft 8ins tall and of medium build. He may have had short dreadlocks. His face was partially covered with a balaclava. He was also wearing a dark coloured zip up tracksuit top with the hood worn up and dark coloured tracksuit trousers.

Detective Inspector Tom Williams, who is leading the investigation, said: “This was an outrageous and brazen attack that happened in the middle of rush hour on a Monday morning, in which luckily, no one was injured.

Detectives investigating an aggravated burglary have released a CCTV picture this week (ending July 13) of a man they want to speak to in connection to the attack in mid-june. The footage was initially requested from a small business operating  on High Road, Leyton in London's East End.

A young woman living in a flat on High Road, woke up when she heard glass smashing after the suspect, armed with an axe, entered through a window. He came into the victim's bedroom and demanded she hand over her mobile phone, bank cards and other valuables. He then left via the window he came through.

Detective Constable Mark Crouchman, from Waltham Forest CID, said: "We have an excellent CCTV still of the man we want to speak to. Someone out there will definitely know who he is and the footage will be essential in securing a conviction."

The Eagle Has Landed

A Golden Eagle that stood atop a flagpole at an American World War 2 cemetery near Cambridge was stolen 25-years ago. In the week ending July 6, CCTV captured someone returning it - and snapping a few mobile phone pics as he did it. The footage was recorded at about 1:00am on Thursday July 5.

The original thief took the bird back in 1995 when the flagpole was scaffolded for painting. The eagle had been in place since 1956 when the cemetery was consecrated - with 9,000 service people interred.

When a security guard arrived for work late on Thursday morning, he found the eagle nesting atop security structures in front of the cemetery gates. CCTV was reviewed but is of such bad quality, it will not identify the returner.

Detectives investigating a sexual assault at Liverpool Central Underground station would like to speak with a man whose face was captured on CCTV shortly before 8:40am on July 3.

A woman in her twenties had just left a train on the underground platform and was standing on the escalators as they ascended. A man stood to her left and started staring and talking to her. This man then touched the woman inappropriately.

The incident is being handled by the British Transport Police (BTP).

BTP officers are also appealing for witnesses after two passengers were injured during an unprovoked assault on board a train between Margate and Faversham between 11:25pm and midnight on June 6.

At Herne Bay station, two men joined the service and approached a man and a woman who were sitting at a table seat. The men started to aggressively intimidate the couple before punching the man in the face repeatedly.

The woman was also struck as she attempted to prevent further violence.

At Swalecliffe station the victims moved to a different carriage. However, the two men followed them, assaulting the man further and threatening him by intimidating they had a knife.

Both males then got off the train at Swalecliffe station.

Picture: The man police want to speak to in connection with a burglary where a young woman was threatened with an axe.