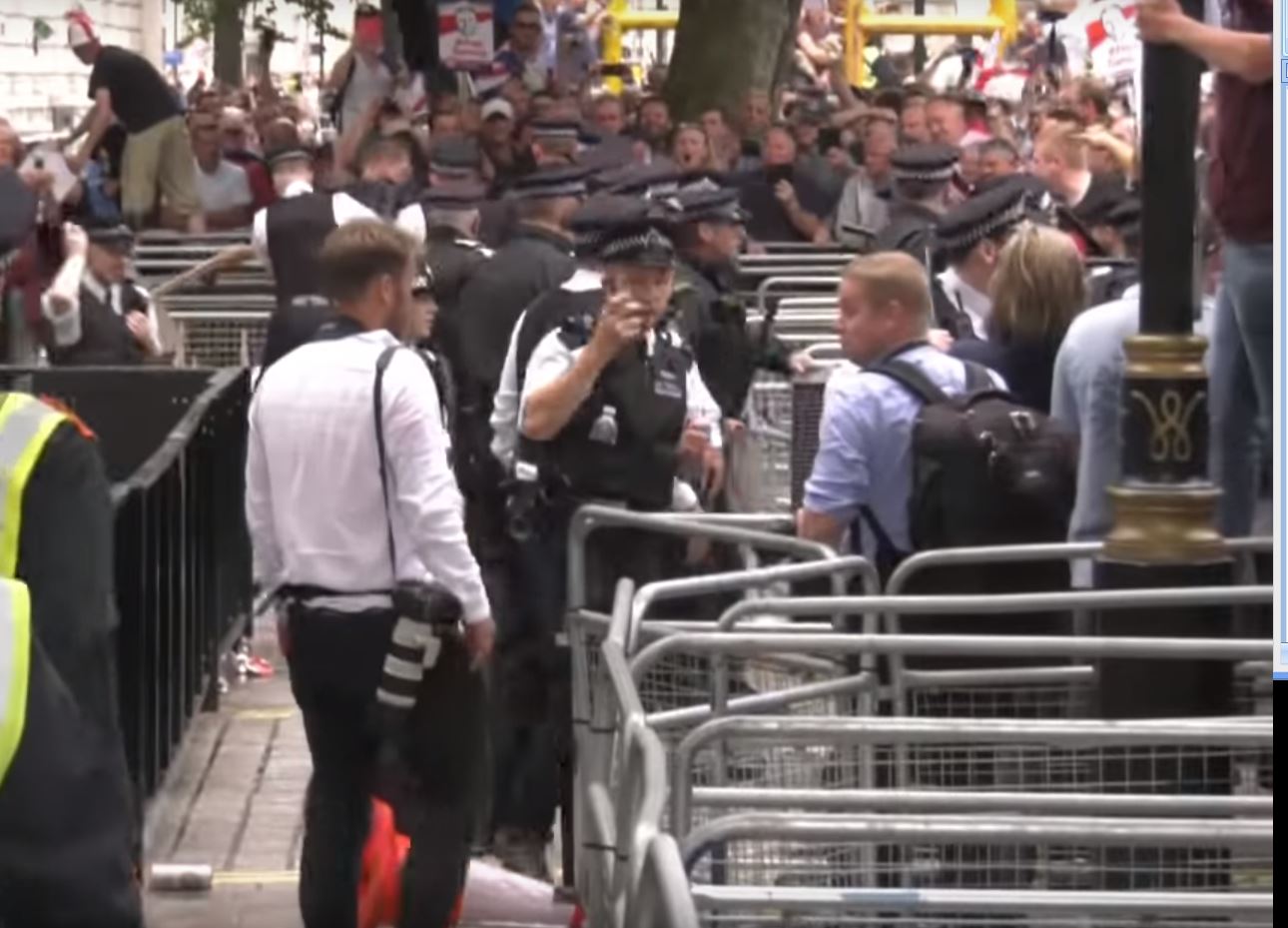 Businesses in London have heaved a sigh of relief as the potential for 'free Tommy Robinson' protesters going on the rampage has been averted as Robinson (real name Stephen Christopher Yaxley-Lennon, 35) was bailed from prison on the morning of Weds Aug 1.

His bailing is on the grounds that the original trial, that saw him jailed, featured technical flaws. Thus he will re re-tried - with the potential a further jail sentence will resurrect the mob rule that broke out at a protest on June 9.

Nine people were caught on CCTV causing damage to property of which five have been identified and four are currently sought.

Businesses in London - from the Royal Courts of Justice on the Strand to Westminster - are gearing up for a riot as the Court  of Appeal rules on the release of 'Tommy Robinson' the co-founder of the English Defence League.

Robinson (real name Stephen Christopher Yaxley-Lennon, 35) was jailed for ten months for videoing at a trial (of Muslim men accused of grooming) and releasing that video on social media when reporting restrictions had been imposed. A further three months were added to the sentence for breaching a previous order. Robinson's lawyers will argue that the sentence was unduly harsh.

Right wing 'free Tommy Robinson' have already smashed up property during demonstrations - currently 4 people are being sought by the Metropolitan Police in connection with disturbances on June 9 when a mass rally on Whitehall turned ugly. CCTV has been put to good use in already identifying five suspects.

The Met's most senior officer, Commissioner Cressida Dick, has said she is expecting trouble should the appeal not result in Robinson being freed - and that trouble could strike on Wednesday August 1 or at any time soon after.

Demonstrators have already made their way to the Capital and have been seen both at the entrance to the Royal Courts and at Trafalgar Square. Their ranks could be swelled quickly up until the weekend.

Detectives are continuing to appeal for the public’s help in identifying individuals they would like to speak to in connection with serious disorder which occurred during the free Tommy Robinson protest on Saturday, June 9 in Whitehall.

Detective Constable Jonny Wise, from the Met's Public Order Investigations team, said: "During this demonstration violent disorder broke out on the streets of Central London. Serious disruption was caused to members of the public, local businesses and the local communities. Vehicles and buildings were damaged. Scaffolding, glass bottles and items of street furniture were thrown at police officers and 21 officers sustained injuries. Those responsible need to be held accountable for their actions."