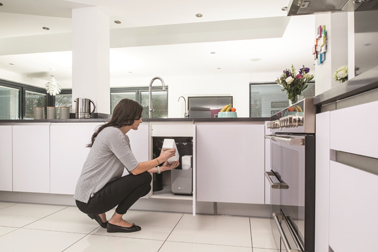 Kinetico has bagged best Plumbing or Draining Product at the Build It Magazine Awards 2018 with its Kinetico Premier Compact Water Softener.

Said Mark Nepsted from Kinetico (Marketing Director Europe): “Our win really highlights the fact that a water softener is now being recognised as an essential appliance rather than an optional extra, especially in hard water areas.

“Water quality is fast becoming an issue and people are demanding more from their tap water.  Kinetico’s aim is simply to provide ‘better water’ through the use of its water softening systems, which can be combined with its drinking filtration systems for a drinking water solution."

Commenting on the award, the Build It (which is aimed at house self-builders and renovators) judging team said: “Kinetico’s Premier Compact water softener is a clever solution to a long-term maintenance issue helping to protect boilers and other appliances from the damaging, performance-hindering effects of hard water.”

Whipps Cross Hospital opened a refurbished restaurant for staff and visitors in the week commencing Aug 6, boasting improvements to be more environmentally friendly along...